Poor Hachi. It isn't an easy time for him. He's having a hard time with being handled - whether it's clipping his toenails or even just putting a collar on him. We are counter-conditioning daily, and we can see it working within each session. It takes some time for it to carry over from one session to the next. That hasn't happened in a helpful way yet.

Our vet had us try reducing his medication (Paxil) just in case the dose was too high for him and causing this distress about handling. So far, I think that reducing his Paxil has made him worse but it'll take another week to be sure. One thing that has gotten worse since reducing his Paxi is his fear of R. Hachi has returned to barking intensely when R starts blindly wandering toward Hachi. (Fortunately, R scarcely seems to notice.)

On the up side, he's playing well with me and his sister. The two of them frolicking is a highlight of every day. Their favorite game is chase, and there's often a stick involved. 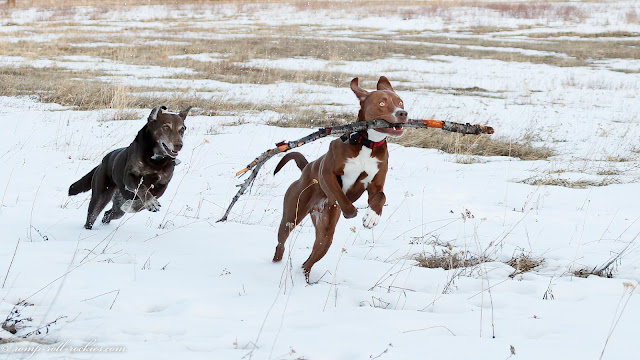 You would think that the dog carrying the stick would always be in front. But no... This game has rules that I don't understand. Shyla stole the stick from Hachi but she's still chasing him. 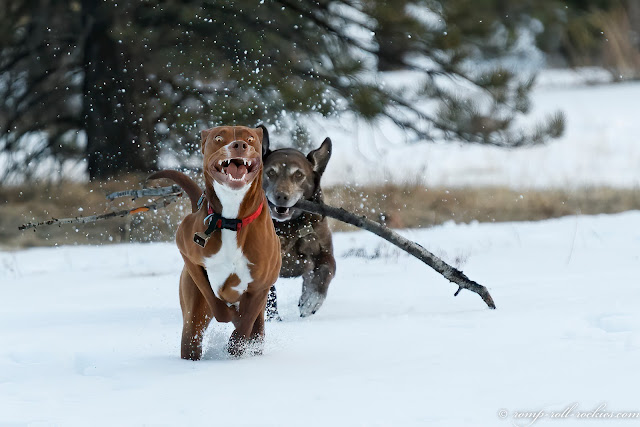 These games show that Hachi is in his absolute physical prime. It is amazing to watch him run and leap like a super dog. 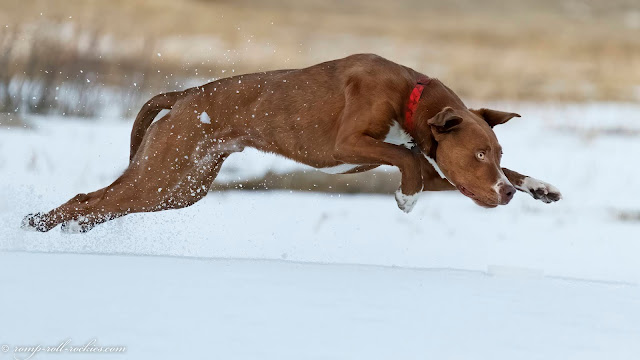 I am so glad that eight year old Shyla can still easily keep up with him. Shyla is very fit and is naturally very athletic so they are a good match!

So, just like life, this week's report is partly negative but also partly positive. We love our Hachi.
Posted by KB at 3:00 AM