The mountain lion population wows me with their daytime appearances and fascinating behavior. This was a spot where the "main Tom" had marked about five days later. This thin female sniffed his pee-mail next to a human trail around noon one day. 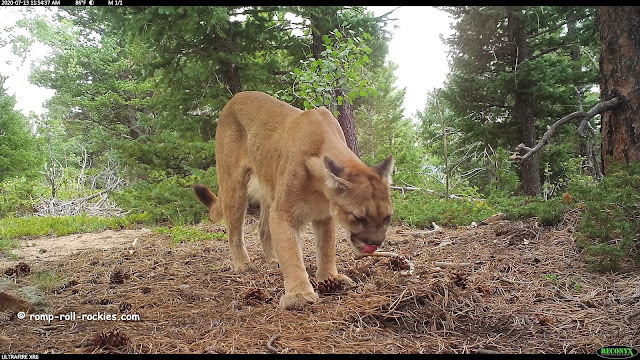 Then, she opened her mouth wide to better sample the pheromones. This is called the Flehmen response. 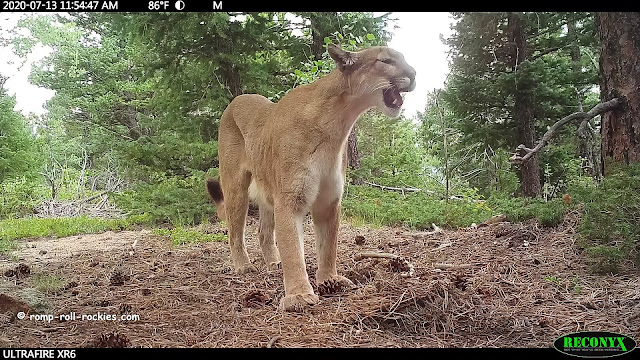 A similar series of events led to this female adopting a graceful pose as she sampled air. 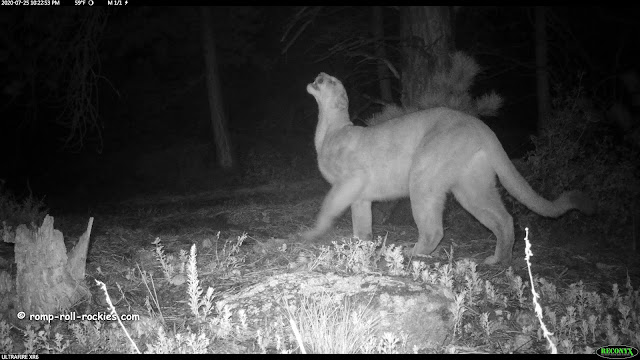 Then, she looked toward the camera before departing. 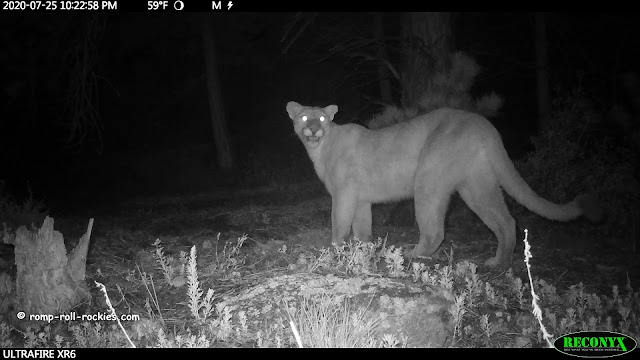 So many people think that mountain lions live someplace far away or really deep in the forest. They don't. Rather, they are right here among us living out their lives. In this time of crowds descending upon previously quiet trail areas, it is important that people think about their actions for the sake of the wildlife. Why not stick with well-established human hiking areas so that the wildlife can continue to eke out their existence in the quieter areas?
Check out the video of these mountain lions who live in our midst. During this pandemic, the pressure by people upon them has escalated dramatically. Let's hope that there's still enough room for them to flourish.
Posted by KB at 2:00 AM