Hachi absolutely loves Labrador Valley. At our old place, he rarely gets off-leash time with his sister due to the many neighbors, some of whom don't like dogs. Here, even our driveway is fair game for running. It's about a half mile long and parallels a creek. Hachi has started going in the creek, and he even crossed it a couple of days ago! Maybe the fear of water is fading. 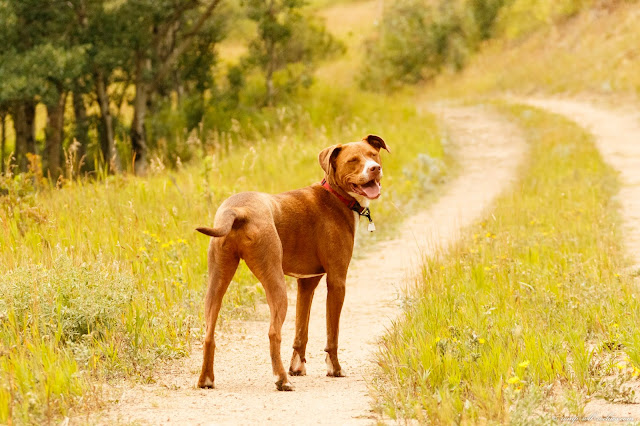 In the early afternoon, we take the two pups for a romp along the driveway and in the creek. 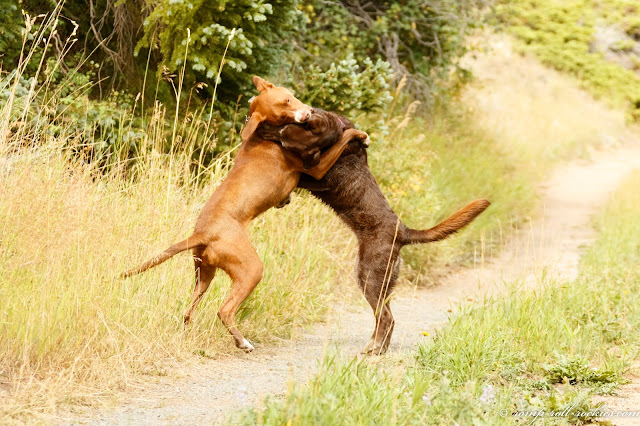 And sometimes we visit the meadow too. 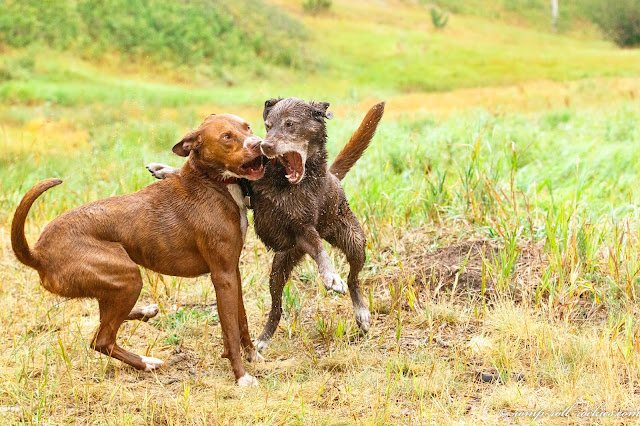 We've had a surprising number of visitors to the valley this week, all invited by us so we could be ready to help Hachi deal with meeting non-pack members. When it was two visitors or fewer, we brought him out on leash. (For larger groups, we had him snooze in the bedroom). He did well when he interacted with these strangers. He was fine as long as they were 10' or further away and did not look at him.

He repeatedly did this odd behavior that he's done for his entire life when people are sitting around in a group. He'd creep toward the strangers, looking like he wanted to be petted. They'd look at him, and he'd burst into aggressive-sounding barking - like he'd scared himself by getting too close. Then, he'd be fine when we backed him up. I think that we need to hold him in a position where he can't get "too close" and stop him when he starts creeping forward. He's so close to being okay with strangers that it's tempting to let him try approaching them - but we need to prevent him from scaring himself like that.

He's happiest with them out in the meadow. He can keep his distance, and he'll even come up and snuzzle their hands from behind. We coach them not to look at him, and all is good. 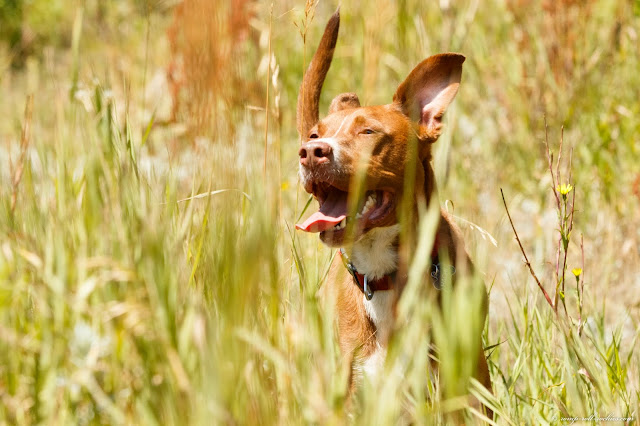 Now we must go enjoy the last day of summer. The temperature is going to plunge to 15°F tonight, and we will get 15" of snow! Holy moly - it's hard to imagine because it's 60° now. We spent yesterday getting ready for the snowstorm. At our old home, we harvested as many veggies as we could, and we put a heater in the greenhouse. We will see how the world, including the precious hummingbirds, survives this surprise blast of winter.