Winter has decided to stay for a while. It has snowed almost every day for a couple of weeks. After one snowfall, I spotted a red-tailed hawk perched above Lab Valley. I first saw him at dawn, and he was still perched there three hours later. He looked like he'd had a cold and damp night. He was in a good spot for catching the rays of sun when the clouds briefly cleared. 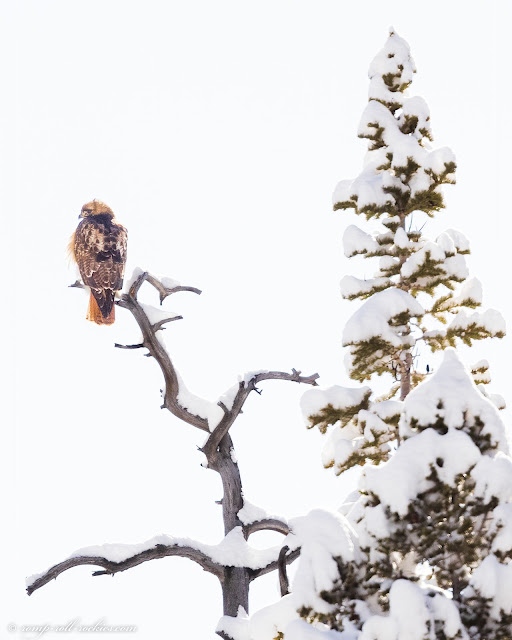 While Shyla and I did a little fat bike ride that morning, we spotted a coyote who was walking on the the crust atop the snow. The only season when coyotes are easy to spot is winter because they stand out against the snow. On this morning, he was keeping his eye on me and Shyla. 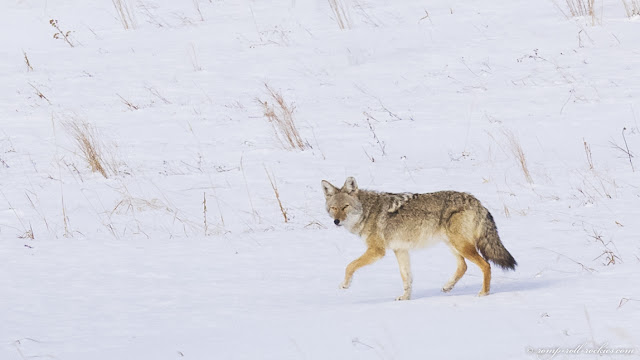 One of the best parts about snow is how much the pups like playing in it. Shyla finally has all of her enthusiasm back for playing since being sick. She loves the snow. 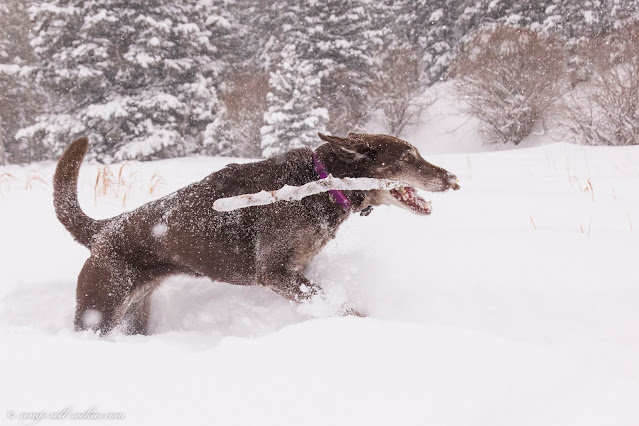 After a winter of so little snow until recently, we are thankful that it is finally falling. Not only will it help spring to have more bountiful flowers but it also makes Shyla so happy!