We are having fun in the snow storm. We returned to Lab Valley for the first time since Hachi was so sick. His behavior toward Shyla has returned to normal after the blip of nasty behavior during his illness. Now, the two of them are playing in the snow like the good buddies that they are.

The storm started a lot later than expected. By Saturday afternoon, it finally arrived, at least 12 hours late. We'd had small snowfalls every night for a while so the world was already white. The pups played together in front of the old cabin on our land. 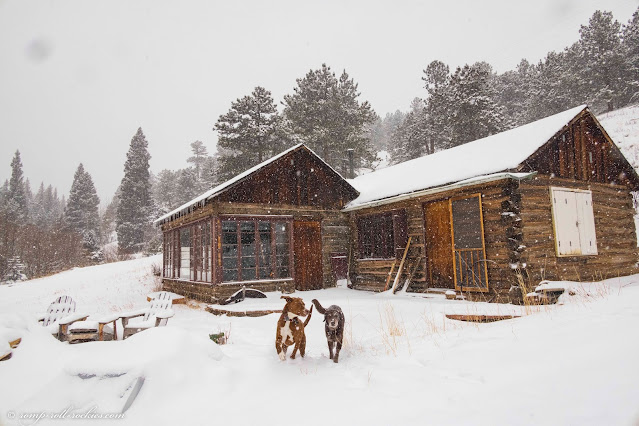 And they sprinted side-by-side in the driveway. 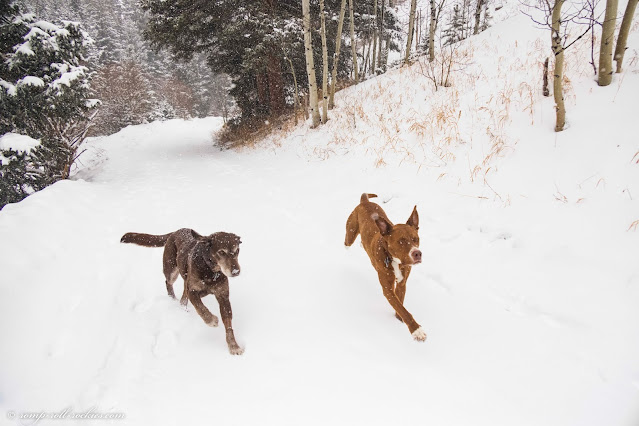 We awakened on Sunday morning to a lot of accumulated snow, and it was still snowing very hard. 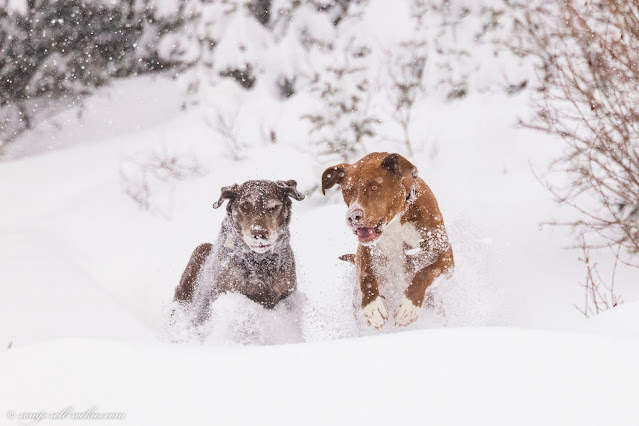 The two pups went down to the creek together through snow that was over their heads. Coming back up the creek bank was a serious challenge. 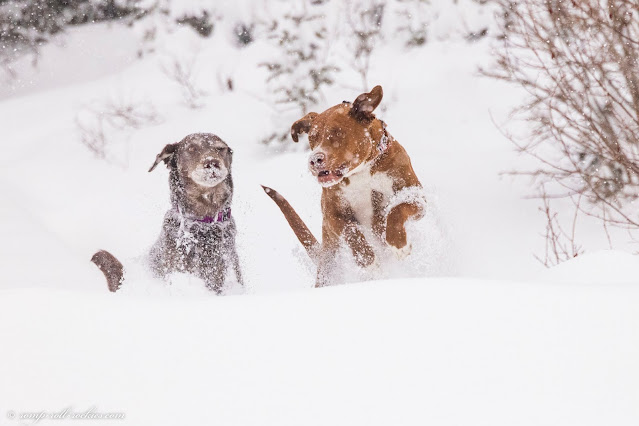 It was great to see their exploring and playing partnership come back as if nothing had happened. I think that completely separating them while Hachi was sick was a good move.

Life is good for Hachi and the rest of us.