Yesterday, we got word that the bulk of the work for this phase of construction was finished on our new place. There are still some things to do to totally finish it but none of them should be very noisy or disruptive. Through the process, we learned that there are some seemingly silly shortages due to the pandemic - interior doors, exterior doors, sconces, and appliances. So, those things will be dealt with by carpenters and electricians as they arrive.

In light of that news, we packed up a lot of stuff yesterday and moved to Lab Valley, hopefully for the long term (or until we need a break from the next phase of remodeling). In doing so, I found myself having huge pangs about our Black Dog. He lived and died at our old place, and that makes it harder to leave.

As I was packing, I ran across a white board that we used to keep track of his exercises in the months and years after his elbow replacement in 2016. To me, it showed the labor of love that keeping him moving was for us. We used it right up to the day that he died, and the day markers (e.g., "T" was Tuesday) just stopped.

In case you want to understand this crazy chart, one thing to know is that we named all of his exercise equipment. For example, "Penelope" was his inflatable peanut, "Wally" was his wobble board, and "Dunkin" was his inflatable very tippy donut. We did each exercise about every other day. In the months before his death, we reduced what we did each day because we could tell that exercise was getting harder. 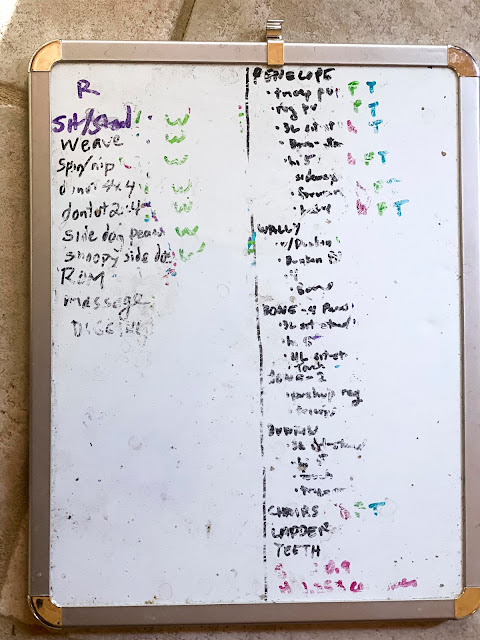 You might enjoy watching a video of his routine. When I watched it, tears sprang to my eyes. I loved doing this stuff with him. He was so eager and happy even though some of it probably hurt his reconstructed left elbow.

I took this photo of our Black Dog on the day that I made the video of him doing his exercises. What a handsome and happy dog! We were so lucky to have him in our lives. 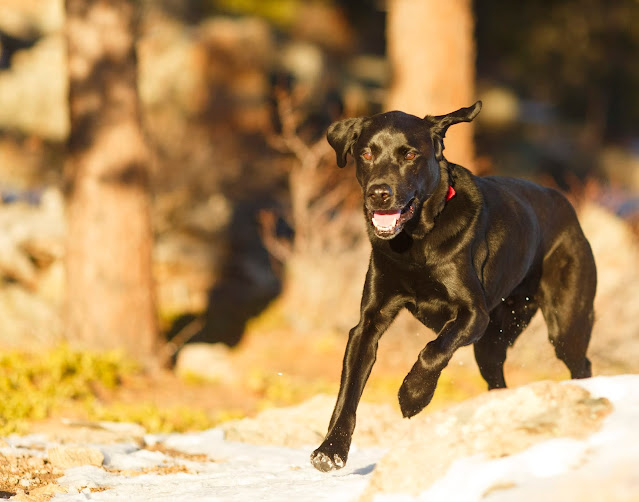