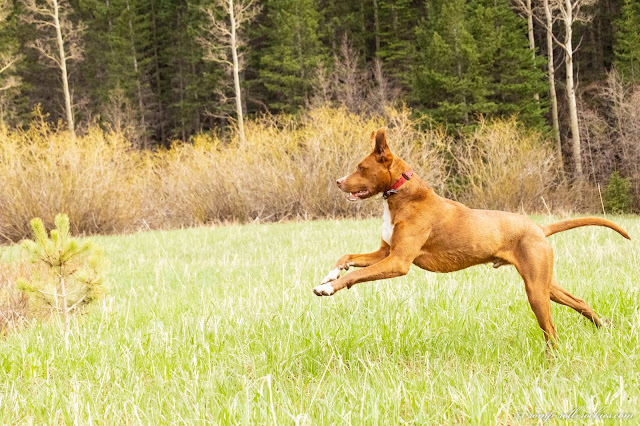 It was spring this week. The pups got lots of romping time in the meadows of Labrador Valley. Hachi seemed overjoyed. 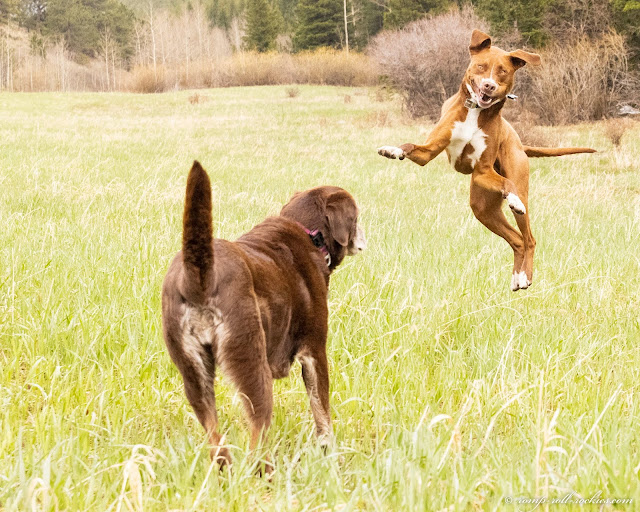 There were some stressors this week. Two people worked on preparing a greenhouse site for us. That was outdoor work, and Hachi was fine with their presence when he was in the house. He wasn't so sure about them when he was outdoors. I hope to take him out to watch them from a distance this coming week. It would be great for counterconditioning him to strangers being near our house.

As soon as they departed each day, we took the pups out to romp. It was fun! 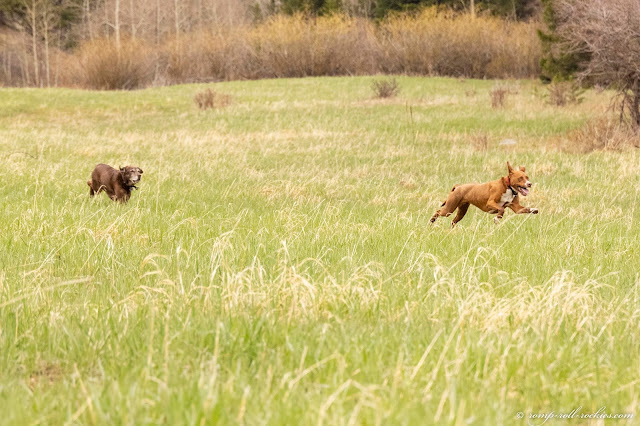 I've been doing his relaxation protocol with him each day. It really makes a difference. I've also been using shaping to teach him to take a deep breath to relax. I have reached the point where he takes a breath but it's not a deep breath yet. On another front, I'm also working on a new approach to helping him handle people who suddenly appear on trails. It's called a "pattern game". I play a game with him indoors where I say "1, 2, 3". Simultaneous to "3", I drop a treat on the ground. He now knows this game very well so that he looks at the ground before I say "3". The hope is that he'll get such an innate memory of this game that he'll be able to play it as people pass on a trail. 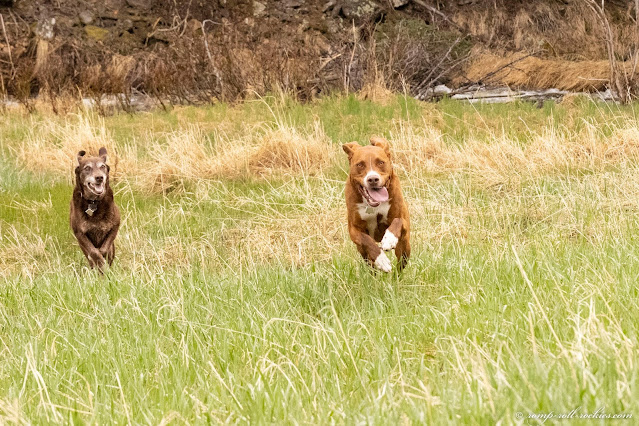 I've mentioned before that it can be very stressful having a dog like Hachi. I don't want him to bark or lunge at strangers like he sometimes does. He can really scare people. Then, I felt a little differently when we had a weird guy trespassing on our land a couple of days ago (three times within a day). I'll spare you the whole story but I am suddenly a wee bit grateful that Hachi won't let a stranger near me (especially a stranger who we are not welcoming). Our "Beware of Dogs" signs are for real but this guy ignored them. 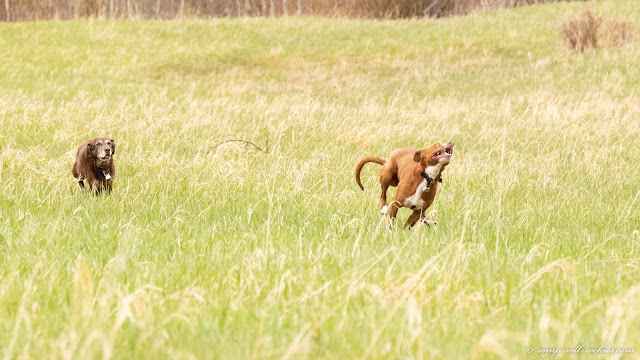 I feel very glad about Hachi's progress. Even with workers near the house, he's doing a lot better than a couple of weeks ago.