It has been an anxious week for Hachi. He seems taut with stress. We are doing his relaxation exercises every day, and they seem to help, albeit briefly. His sister remains his best outlet so I am including photos from their play here at Lab Valley. They are such good buddies. 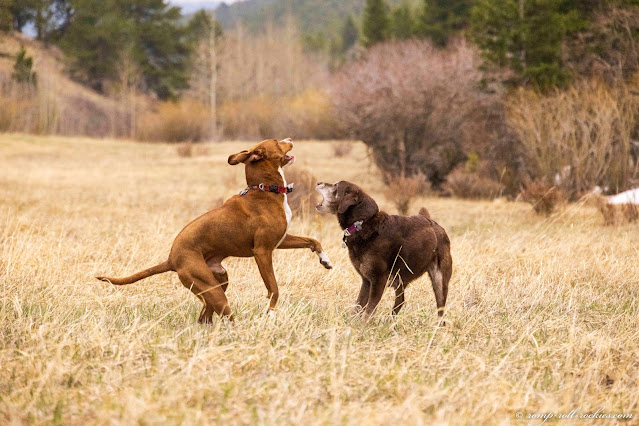 Hachi's social skills continued to grow with Shyla. Not only does he frequently flip over on his back to invited play but he now does tons of play bows! 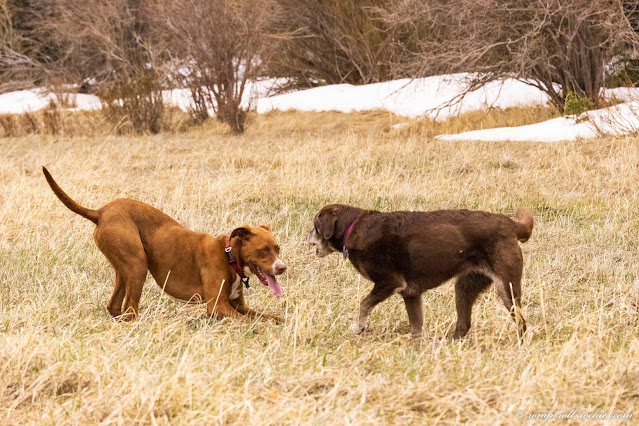 I think that the reason for Hachi's stress this week was that people were working on the house most days. Hachi worries so much about strangers. We tried to get him out of the house or have him be in "safe places" within the house while they were here. Despite that, his stress obviously rose over the course of the week. 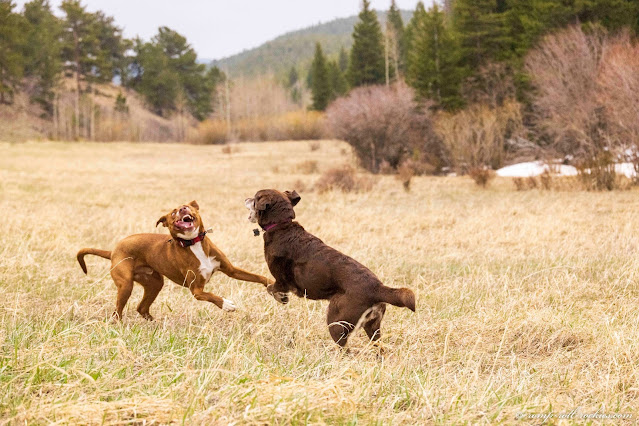 His stress manifested as a growl at me while we were clipping his nails. I don't take that personally anymore but rather I take it as his form of communication. We stopped the session right away. He is usually tolerant of having his nails clipped thanks to counter-conditioning. 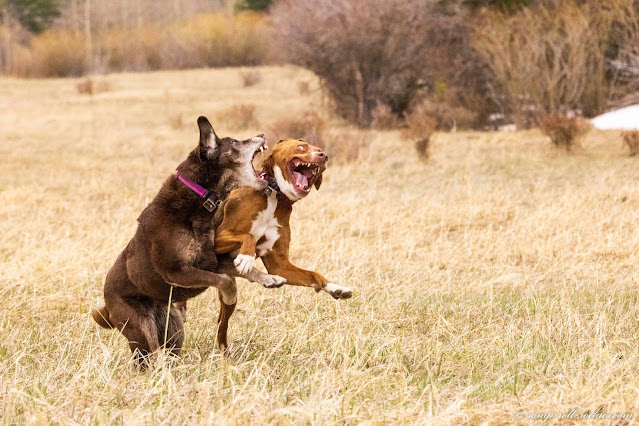 His stress also came out at the end of the week when we took a hike in a totally new place (to get out of the house for workers). He and Shyla were sniffing the same spot, and Hachi snarled at her. Fortunately, Shyla doesn't take these things personally either. It seemed like no big deal to Shyla. We were careful to keep them separated after that. 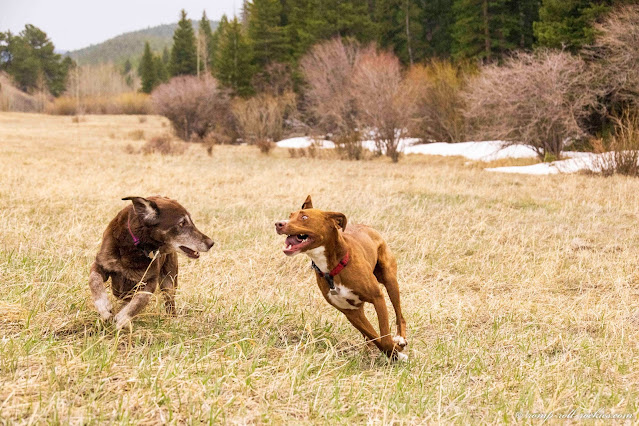 When the workers departed at the end of the week, all signs of grumpiness went away although Hachi still barked anxiously at times when he can usually be calm.

I am hoping that this week is better. Perhaps Hachi will start to get more comfortable with workers being around. We don't want to have to go back to the old place, especially since all of our furniture is at Lab Valley now.