I was up early again, walking in the sunrise light with K. Oh my - I think that I should try to keep seeing the sunrises, even after the holidays are over. We arrived up high before the sun peeked over the rocky ridge to our east. 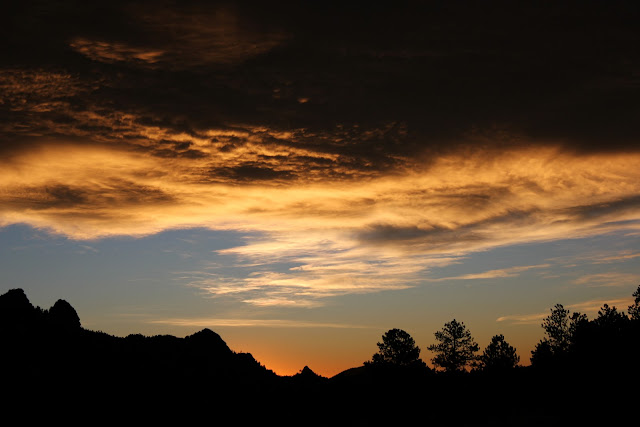 Then, the moment when the sun rays lit up our world... 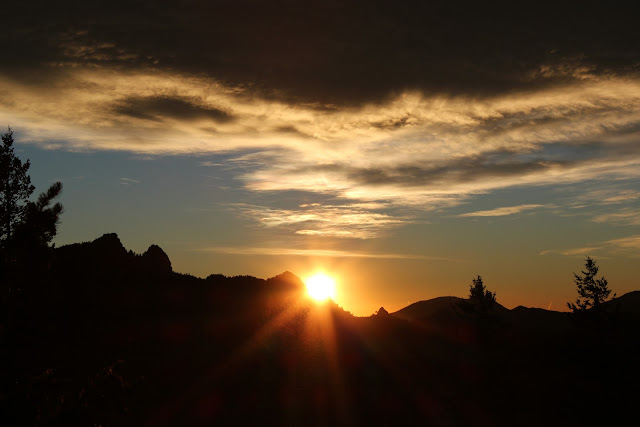 ... and turned the western sky pink. 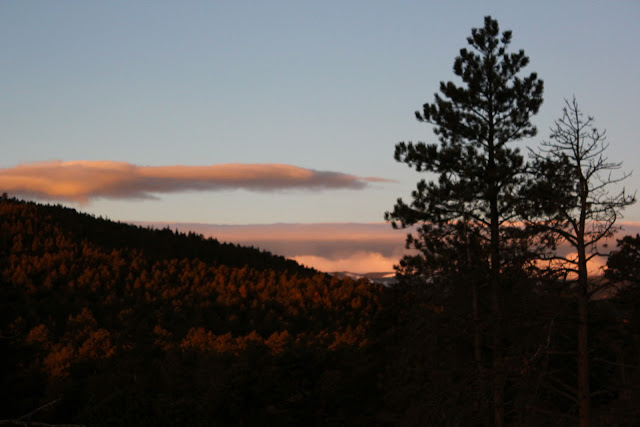 K and I gazed out over the meadows. 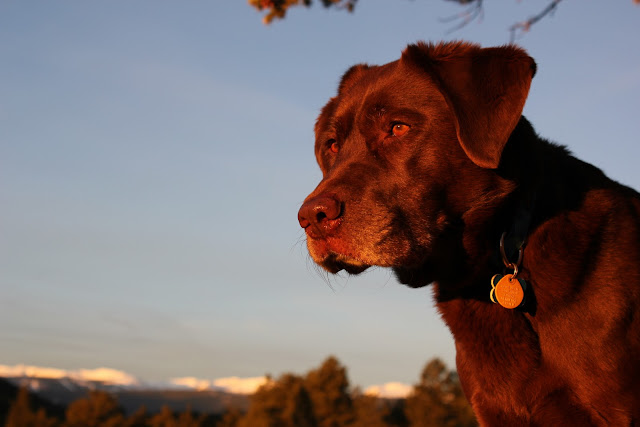 As we started to walk westward, K looked at me plaintively. I wasn't sure what she wanted... 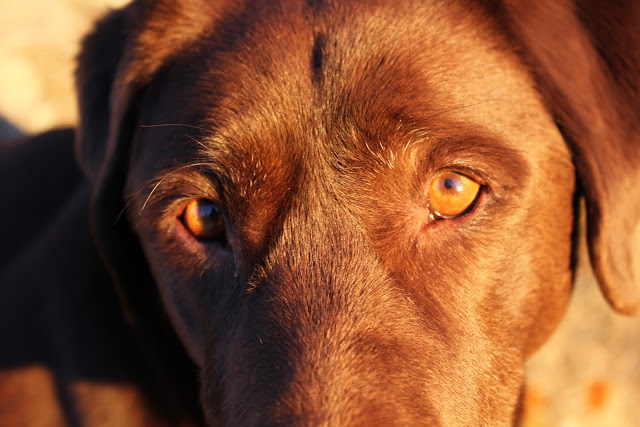 We wended our way through the rust-colored boulders toward our mountains. As we walked, for some reason unknown to me, K decided to try to launch herself onto an impossibly high boulder. She didn't reach the top and landed awkwardly from her attempt. For a moment, she held her "bad" paw limply, striking fear into my heart. But, she soon shook it off and we continued on our way. 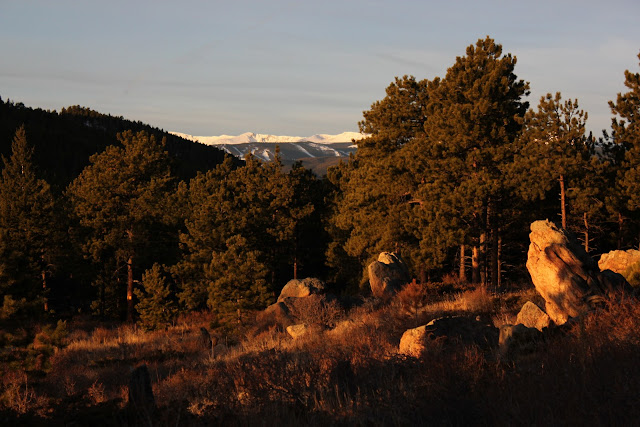 We arrived at the rim overlooking the Divide, and the wind whipped through my hair and K's fur. A veil of clouds sat over the Divide, signaling that the wind was here to stay. 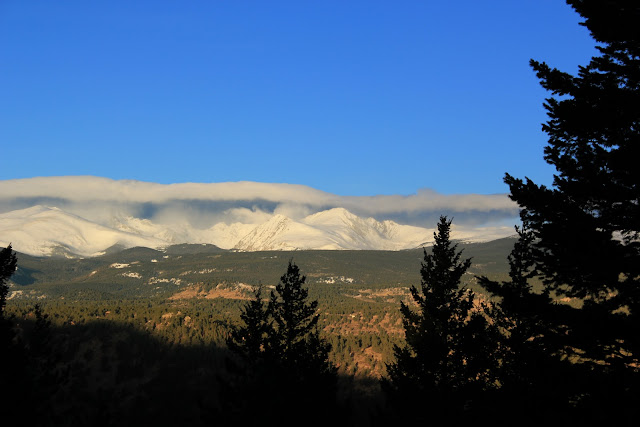 K seemed less afraid of the wind than usual as her ears flapped wildly in the wind. 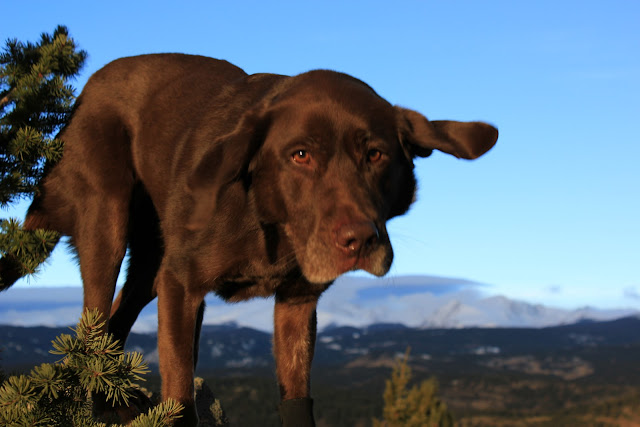 A little later, I had a short mountain bike ride with the turbo-charged R in the forest. He flew like the wind itself. I hope with all my heart that K can run so fast again some day. 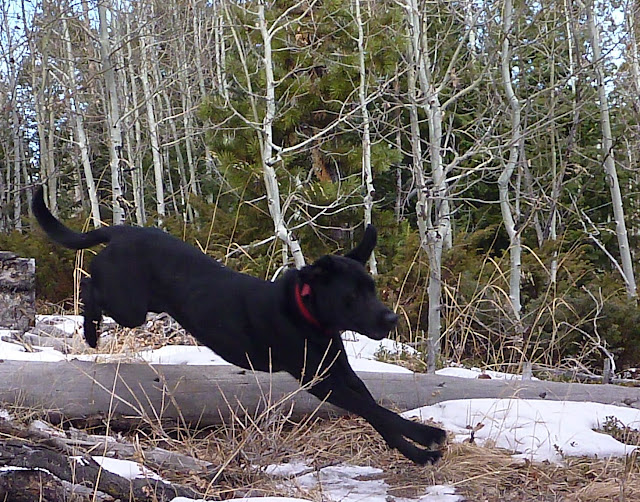 The rest of my time in the forest was dominated by cat signs. I followed an obscure route on my mountain bike through pine forest littered with towering boulder outcroppings. 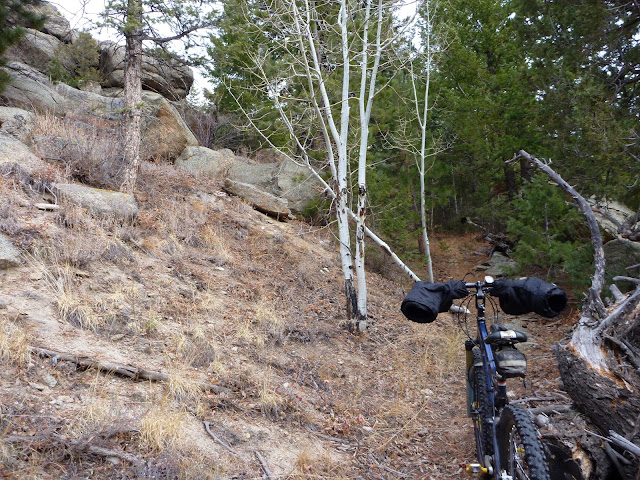 As I rode, I saw about 10 huge scrapes left by a mountain lion who had followed the same route. To make these territorial marks, a lion kicks backward with his two huge hind paws, leaving two parallel furrows on the ground. Usually, he then urinates on the scraped spot. In the photo below, you can see how obvious these scrapes were on my trail. 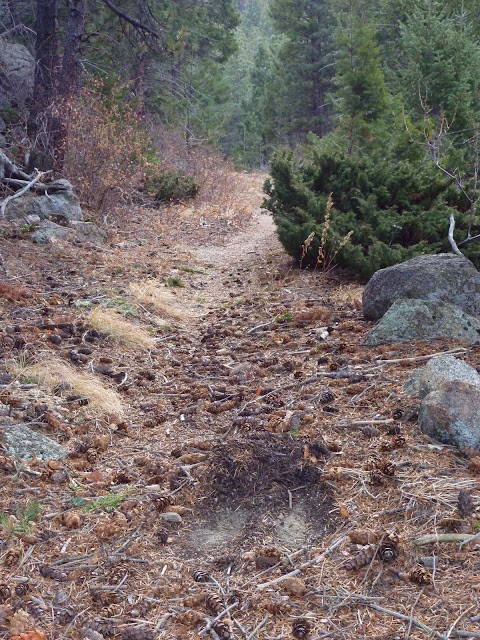 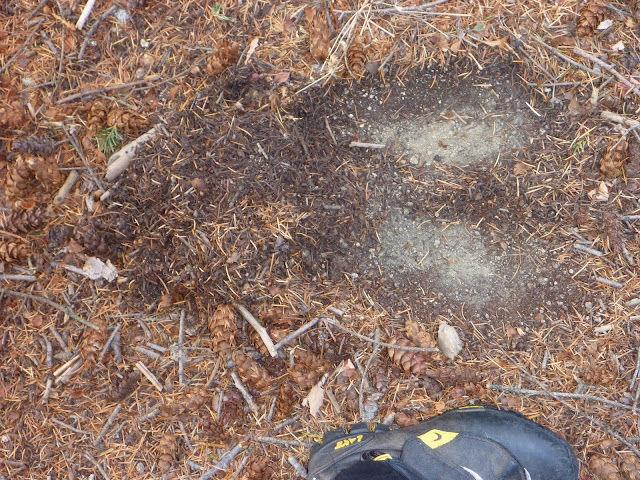 Very nearby, a small herd of deer mingled. Two curious ones watched me pass by. I wondered if they'd encountered the lion. 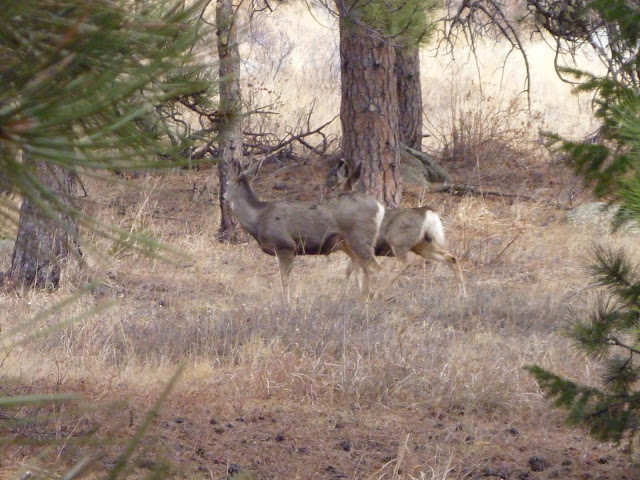 A couple of days ago, a bobcat did a similar marking behavior in front of one my remotely activated wildlife cameras. He walked to scent post at the base of the tree. 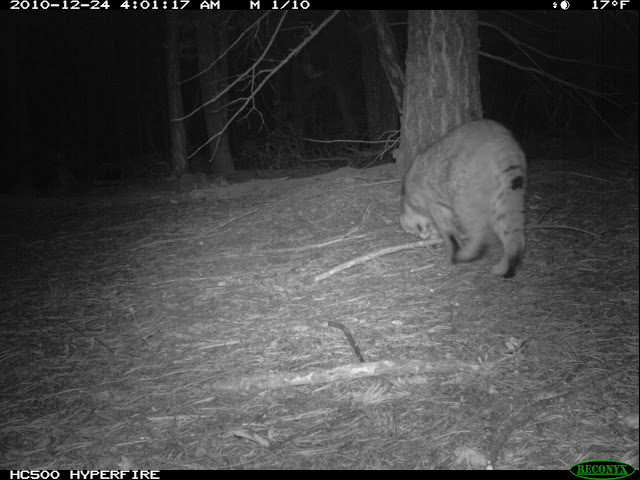 He oriented himself to scrape the dirt with his hind paws and then defecate on his scrape. 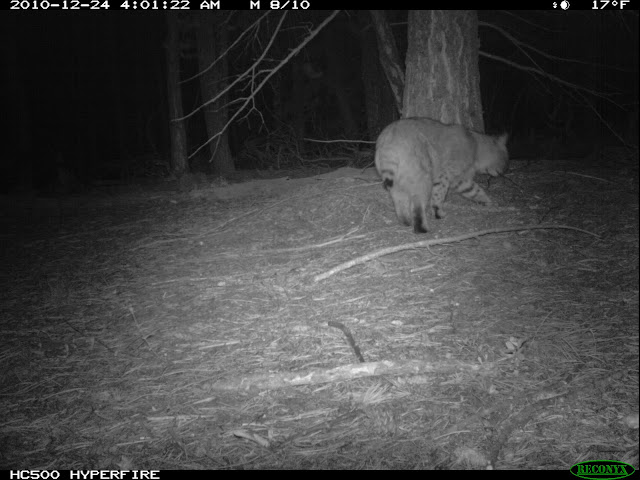 His job done, he sauntered away. This is an amazing spot. All sorts of animals mark it, including bobcats, mountain lions, and bears. 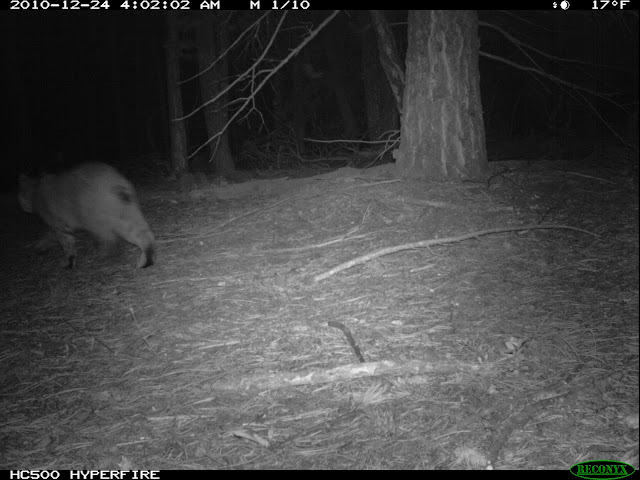 Here's what the bobcat scrape looked like, with my 3.5" long handwarmer in the photo for scale. It's tiny by comparison to the mountain lion scrape. 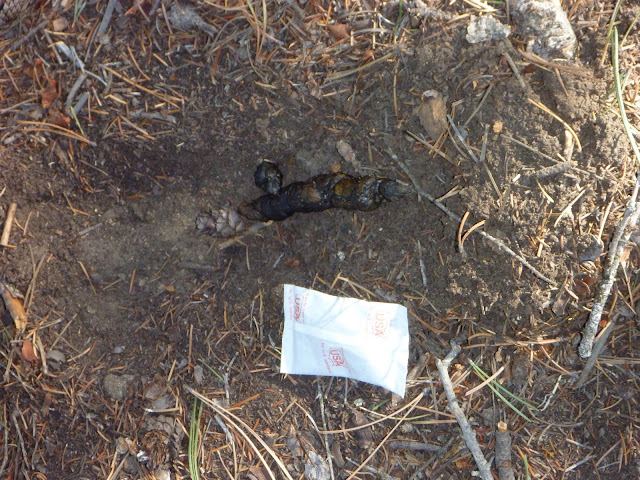 All in all, it was a good day, although my dad's flight back east was cancelled. Now, I'm off to pick him up after a day at the airport... 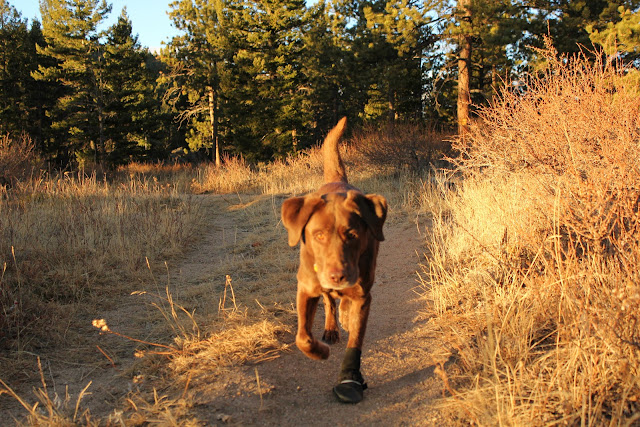