Continuing the bear den saga that I began last Wednesday, the bear den was quiet throughout the late summer and fall. No bears visited in October, contrary to my expectations. Then, in November (much later than expected), bears started checking out the den for their winter snooze. 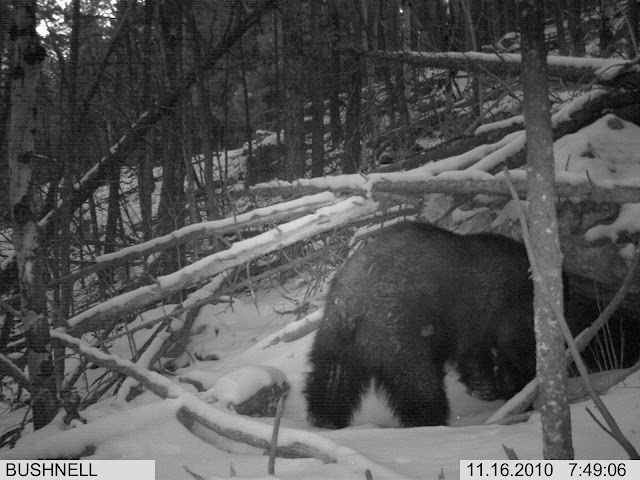 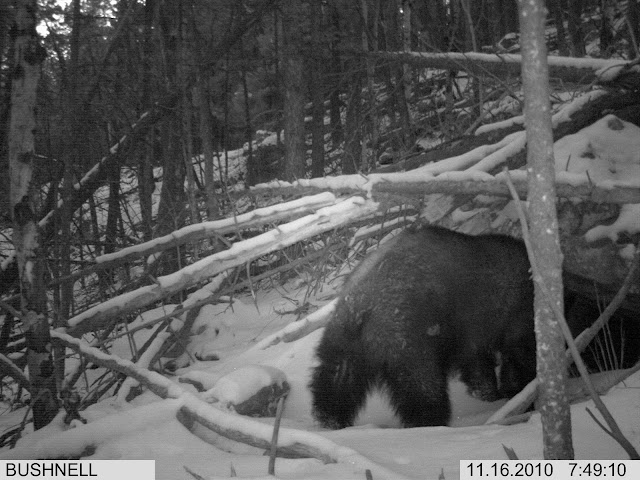 He went inside the den for more than a minute. 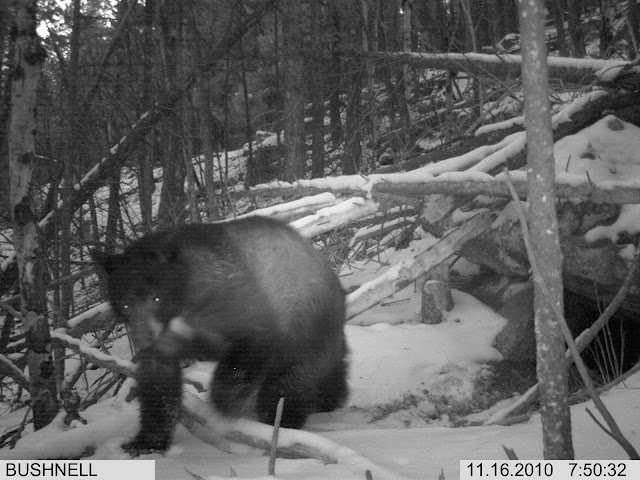 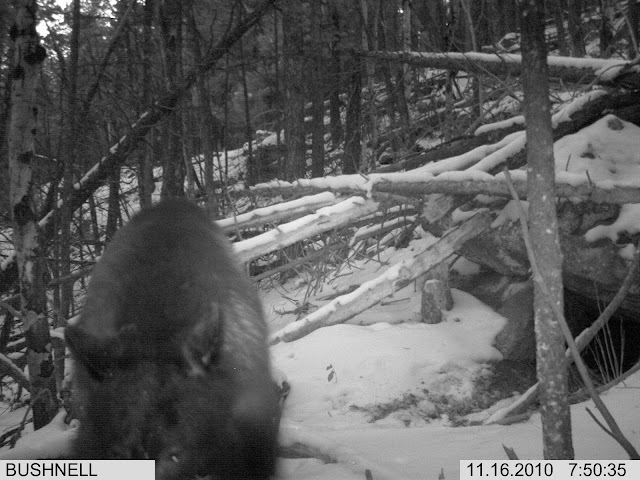 Note the resemblance between the next bear (11/23), the previous bear (11/16), and the yearling cubs (see last Wednesday's post) from last winter. 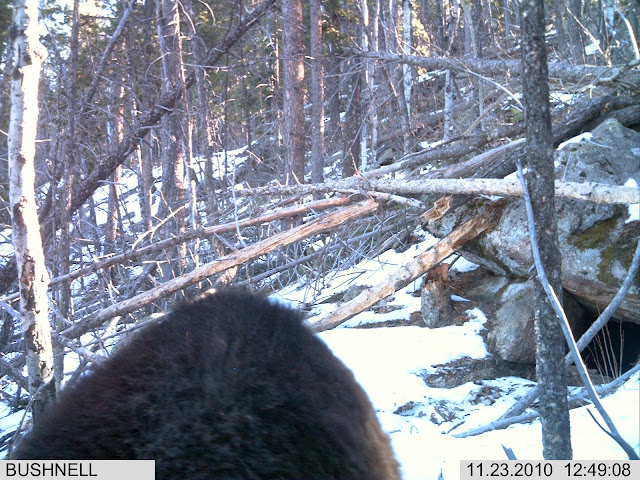 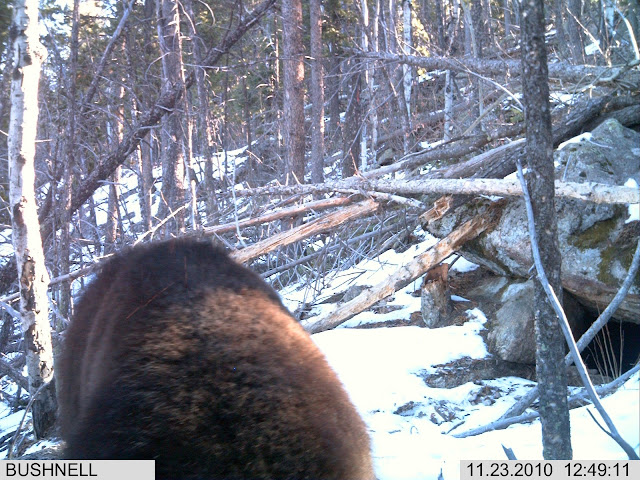 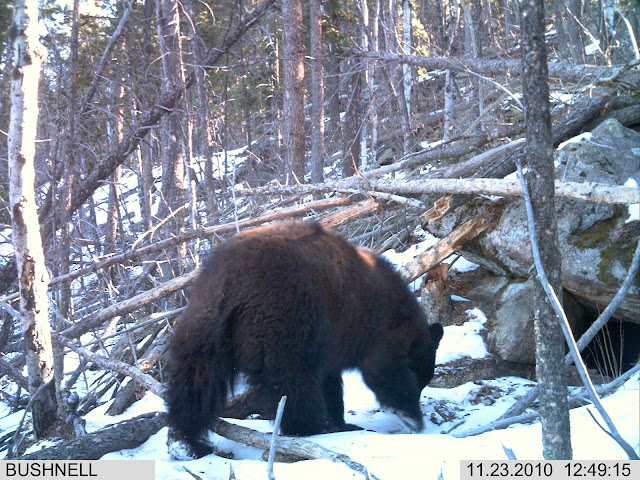 He went inside for more than a minute. A nicely raked pile of debris had been fashioned into a bed inside the den. 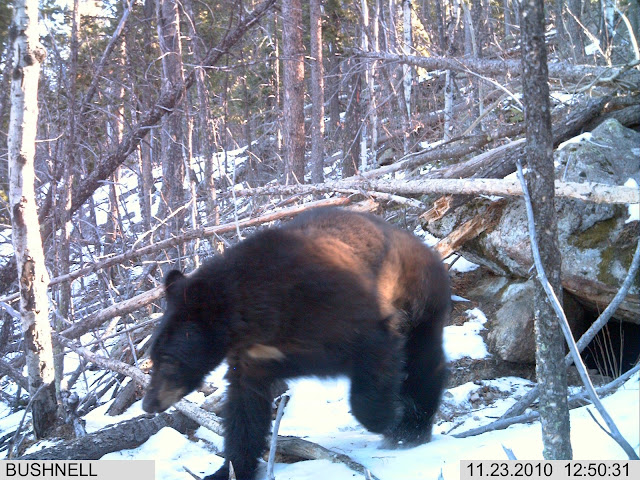 Something inside the den made this bear decide to depart for another, unknown, den.

Then, to my utter surprise, a bear checked out the den in December. I expected that all the bears were snug in dens by then. This bear was an odd-looking one that has a mane-like fur pattern. 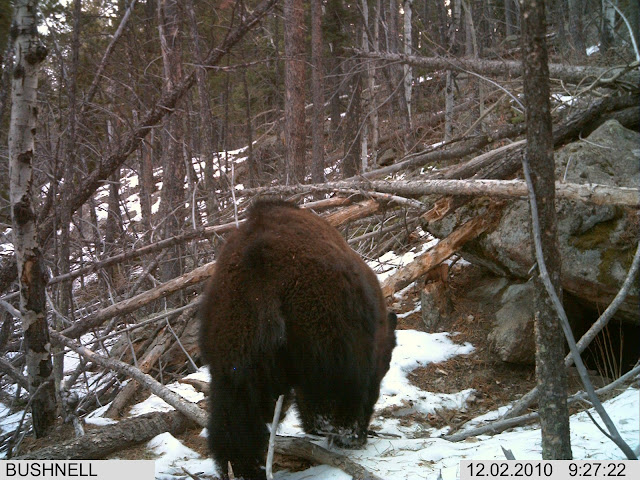 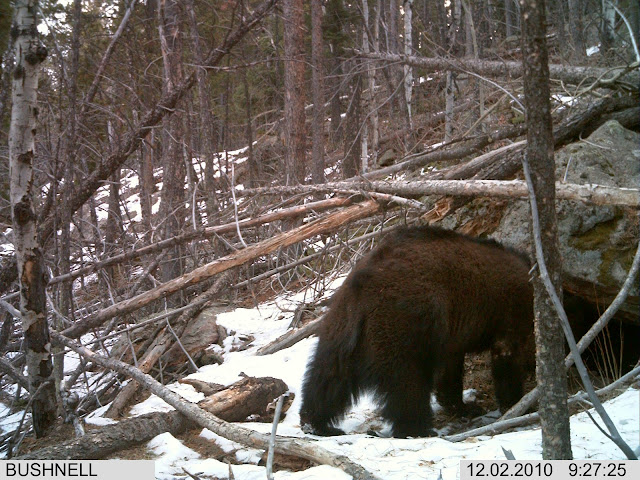 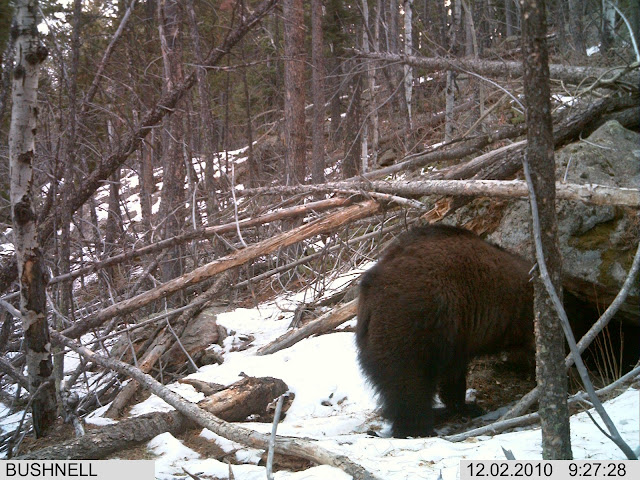 He went inside for a minute and a half. 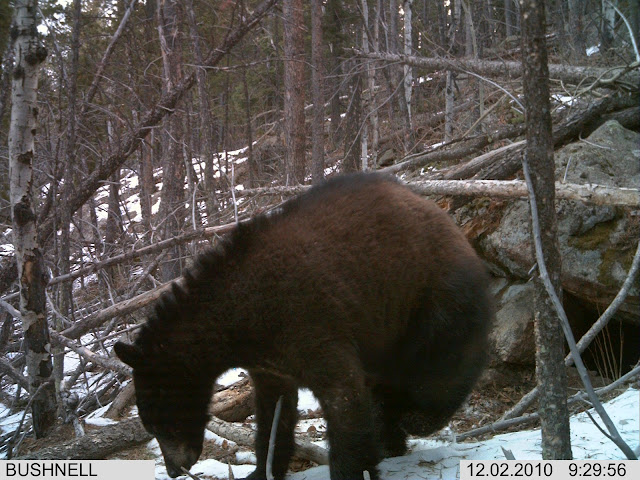 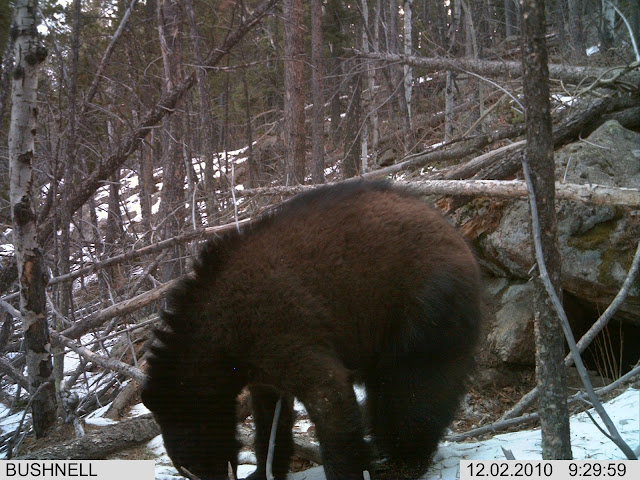 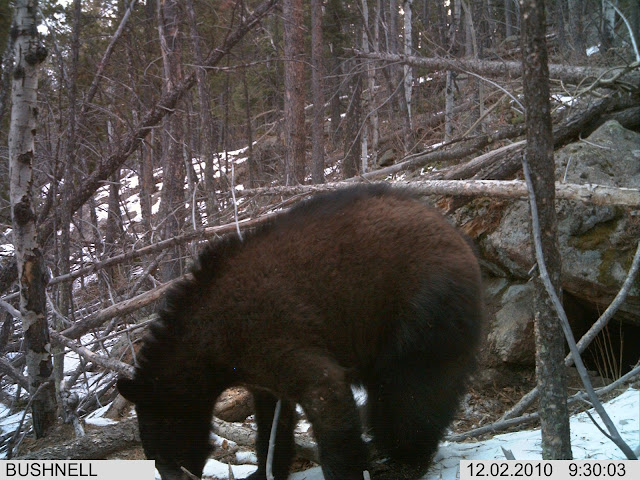 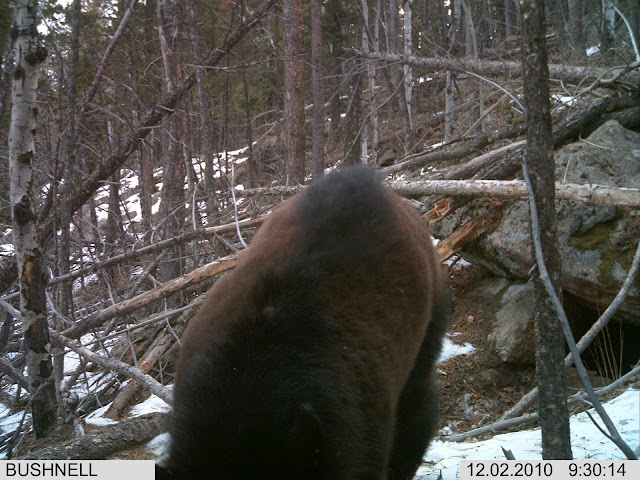 This last bear reminds of the bear "with a mane" who walked Black Bear Trail on 7/6/10. He decided against hibernating in the den.

A month ago, the den was empty with a bed of leaves and other forest duff nicely built inside it. 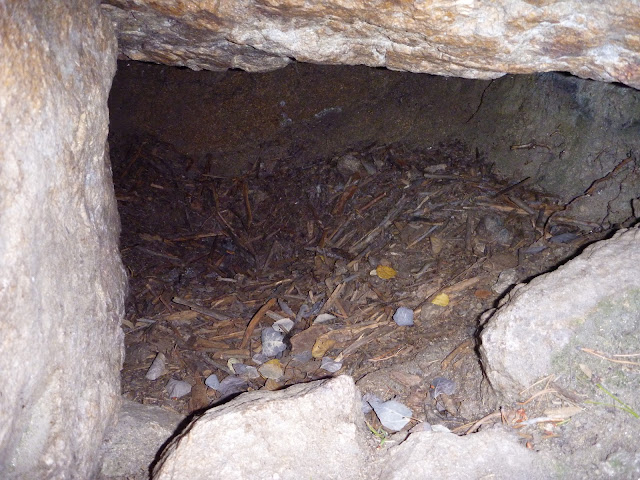 My camera is still monitoring events at the den. My guess is that it's still empty. It seems too late for a bear to take up residence there unless something unexpected forces a local bear to evacuate its chosen den. It's probably best that the den is empty because I observed that the bears in the den last winter had mange, manifested as fur loss around their eyes and snouts. By leaving the den empty this winter, I'm guessing that the last mites will die, making it a healthier den for bears in the future.

Today, I was in the city for the afternoon. I was amazed that no one hurrying past me on the sidewalk seemed to notice the stupendous sunset. It brightened up my evening. 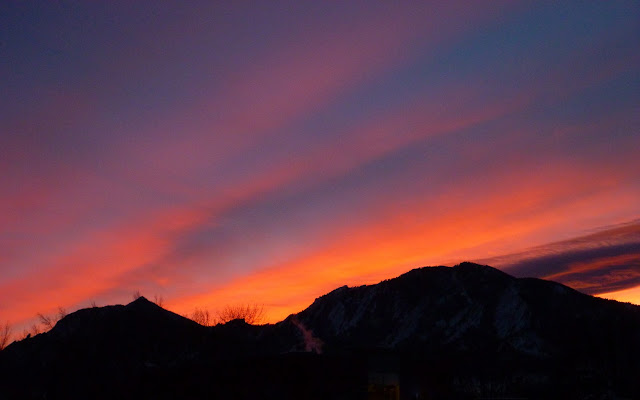 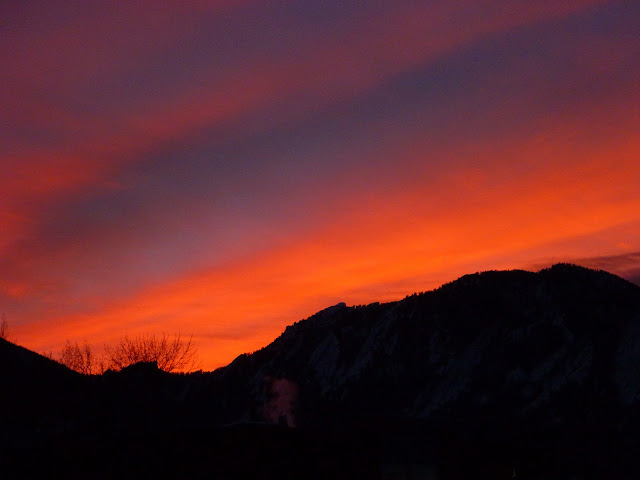