Our sow and her two young cubs passed my remote wildlife camera very close to where they were first photographed on 4/28/11.

The camera is pointed at two bear "whammy" trees, pine saplings that the bears scent mark by rubbing their backs on them. The sow stopped to sniff one of the trees. She didn't mark it, probably because she won't be mating this year because she's busy raising her two young cubs. Moreover, male bears will try to kill her cubs if they track her down so she'd probably prefer to fly under their radar. 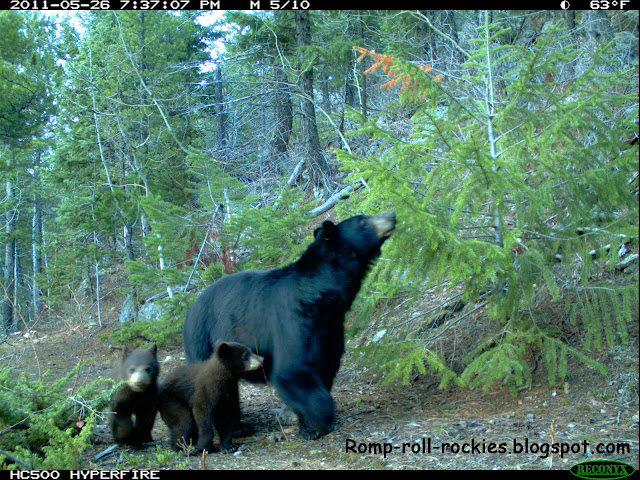 One of the cubs seemed fascinated by the tree like his mom was. He paused for a long moment staring at it. 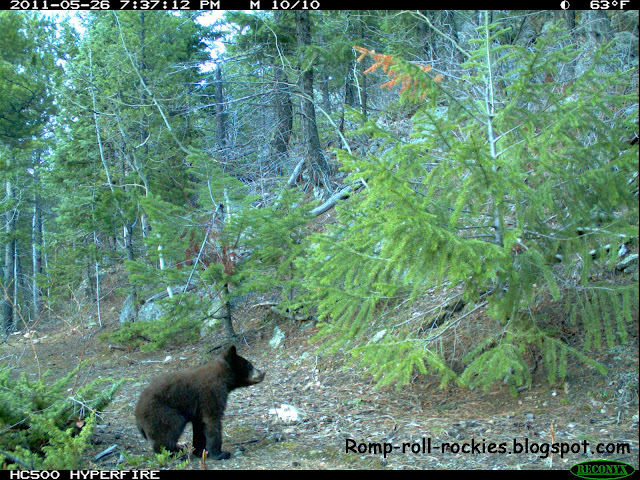 For a perspective on the cub's size, I have a photo of a bobcat who passed exactly the same spot about a half hour later. The bobcat is probably around 15 lbs body weight. 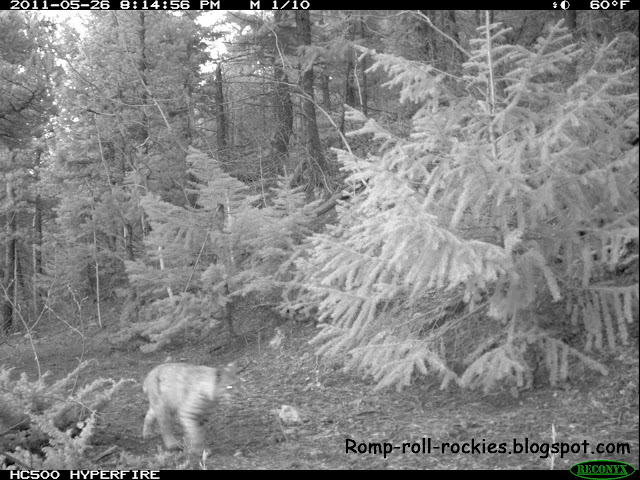 My hope is that these "whammy" trees will be marked by breeding bears in the next month, using displays like the huge male did in late April.

I put together the entire visit by the bear family into a "flipbook" video which you can view below or at Youtube.
I'll hopefully finish up my desert posts tomorrow. In the meantime, we're helping R recover from a badly torn toe nail. He had to be "put under" to remove the shredded nail yesterday and is now very sleepy but recovering. We think that he caught the nail on the edge of a sidewalk as he walked in the city, resulting in a very painful injury.
Posted by KB at 4:40 PM