Yesterday, I put my post up very late due to our unbelievably slow internet. If you missed yesterday's post, you might enjoy checking it out. A huge bear did a tree-marking display for one of my wildlife cameras. I was ecstatic with the photos of the rotund bear on his hind legs rubbing his back against a tree.

This morning, we all smiled to see sunshine! The Duo and I went for a mountain bike ride and soaked up the rays! 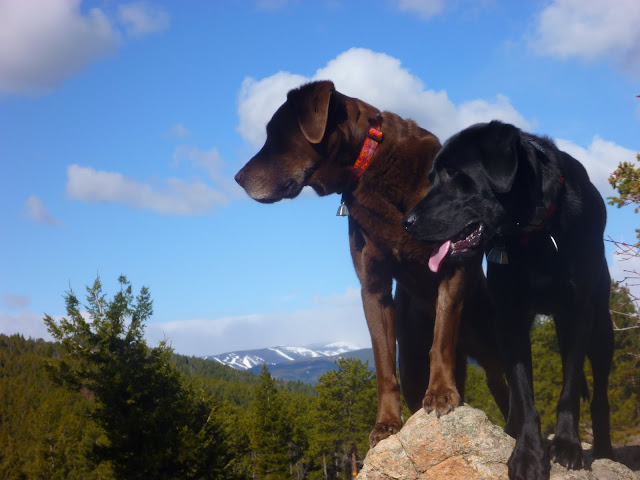 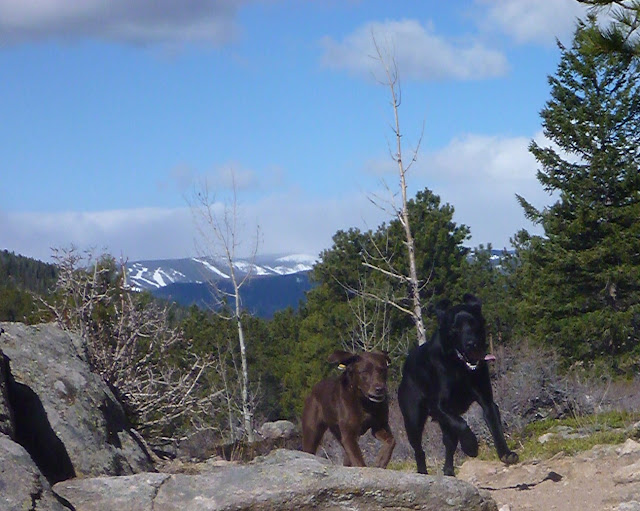 We headed straight for Hug Hill, where K arrived joyfully. 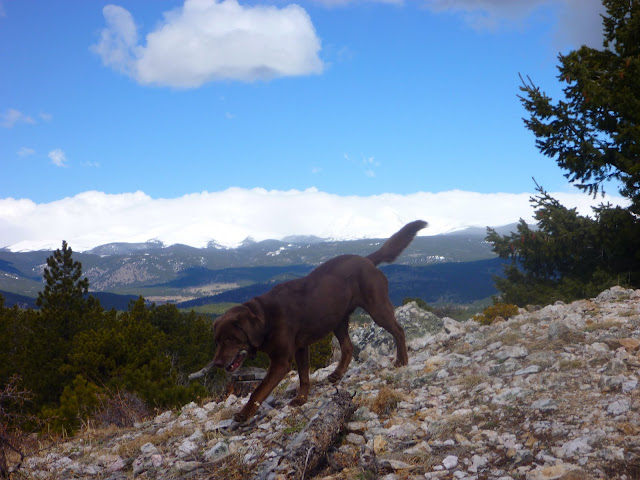 She and her brother posed together with that blue sky shining behind them. Because he's black, R gets hot much faster than his sister. The air temperature was below freezing but the sun was strong and heated up his fur very fast. Hence, he panted like a freight train. 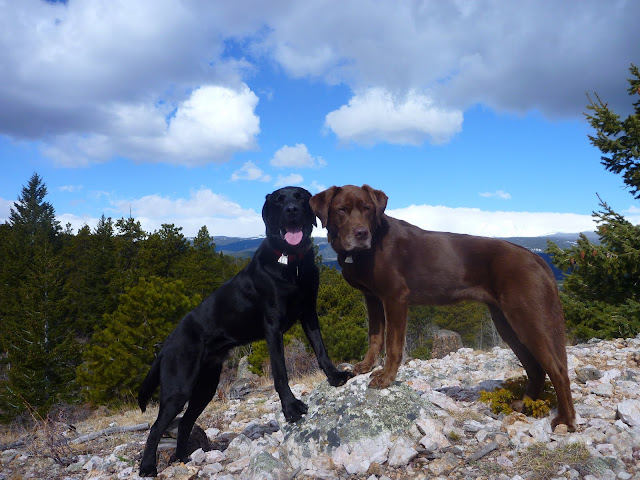 Then, an unbelievable moment, both dogs looked at me at the same time and no tongues were hanging out! 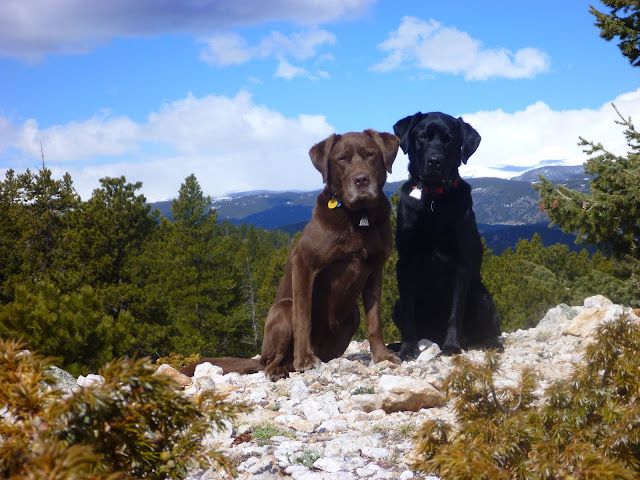 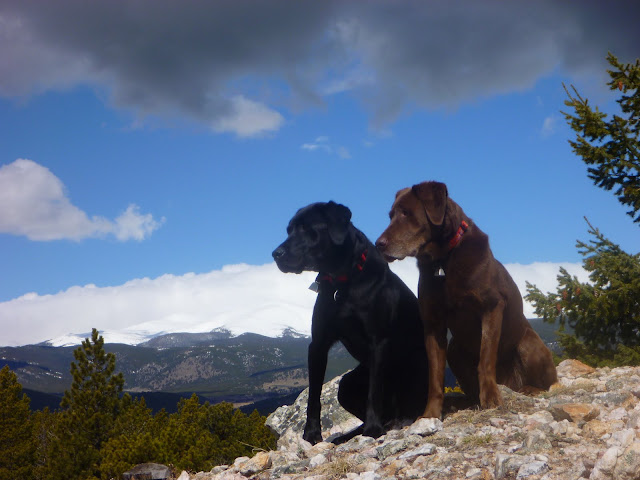 I consider the route up to Hug Hill to be one of our coyote-safe routes where I don't need to worry so much about the coyote pack luring my dogs into trouble. Far fewer coyotes wander up there than in the lower meadows. Alas, the coyote pack proved me wrong as they visited a wildlife camera along that route. A quartet showed up at the scent post that a mountain lion has marked twice in the past month. Remember this... 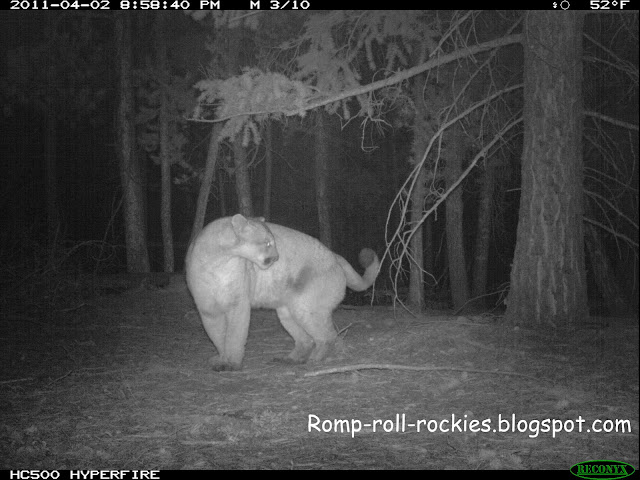 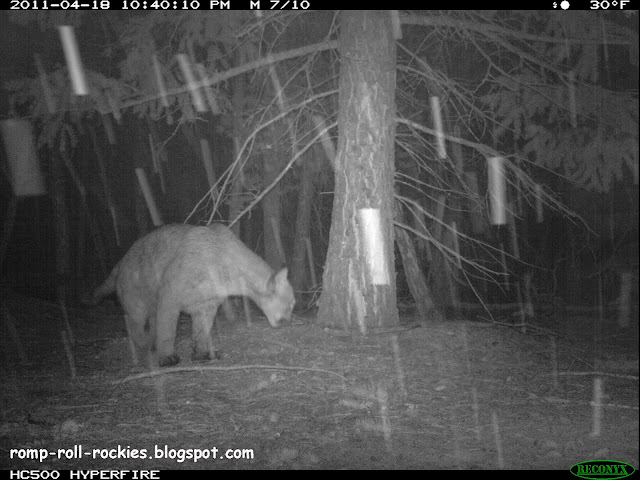 Just the other day, the coyote pack discovered the spot that the mountain lion had scraped and then urinated on. First, the wild canine forerunner arrived and sniffed the pile of pine needles and dirt that the lion scraped up during his marking. 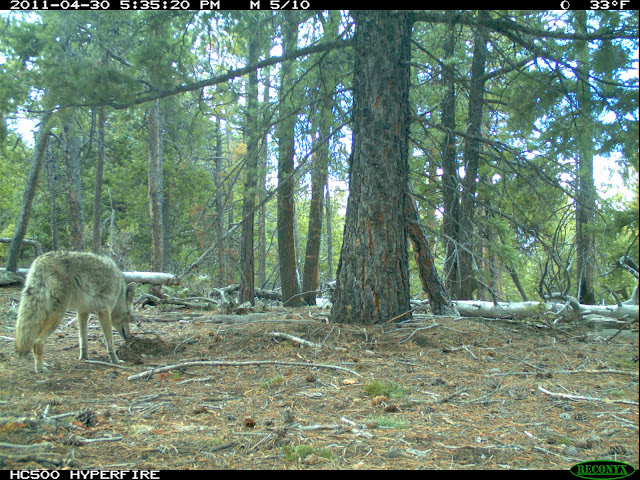 Then, two more coyotes arrived and were equally interested. 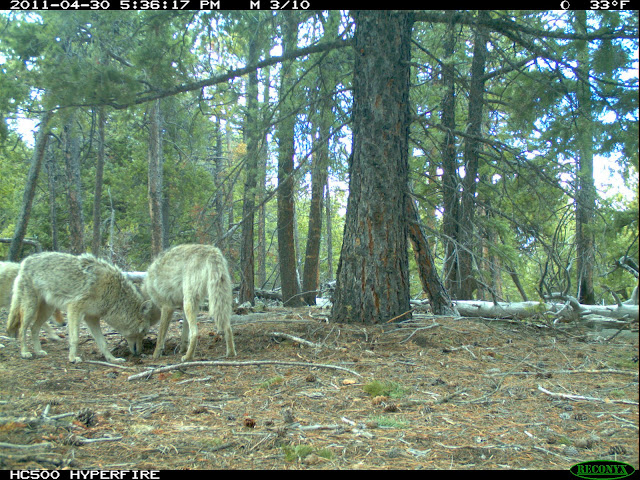 They panicked for a moment. I'm not sure if it was the lion scent or something else going on in the forest that scared them. 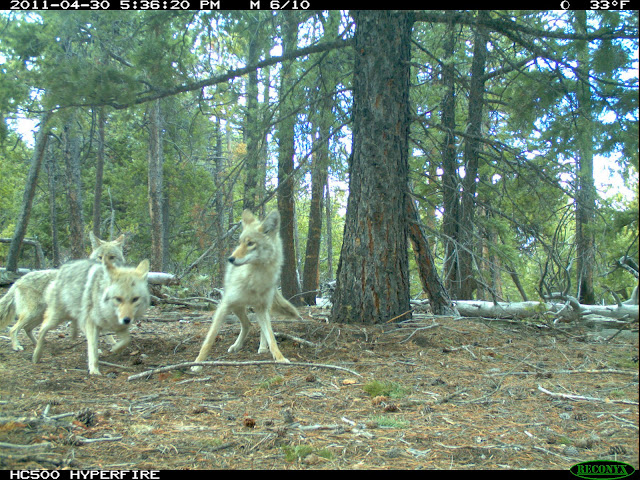 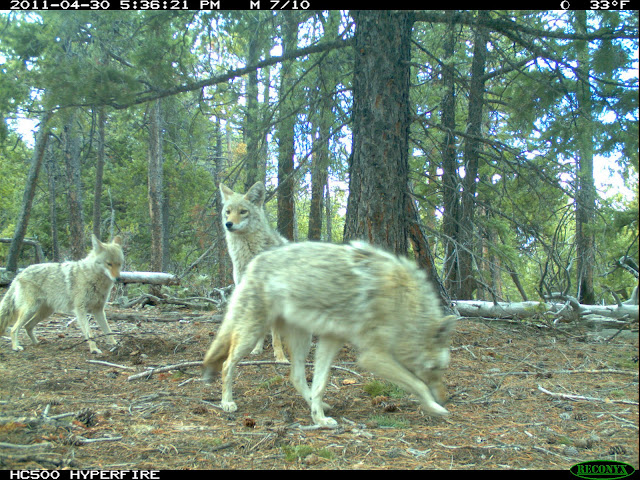 After the panic, the quartet held a meeting. 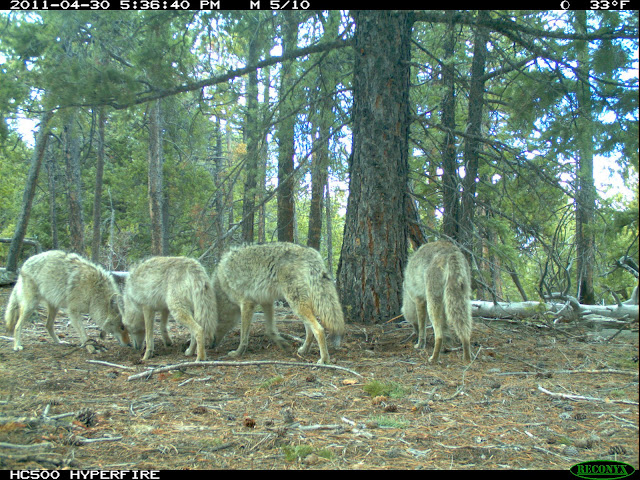 Then, they marked the spot with their own urine, one-by-one. 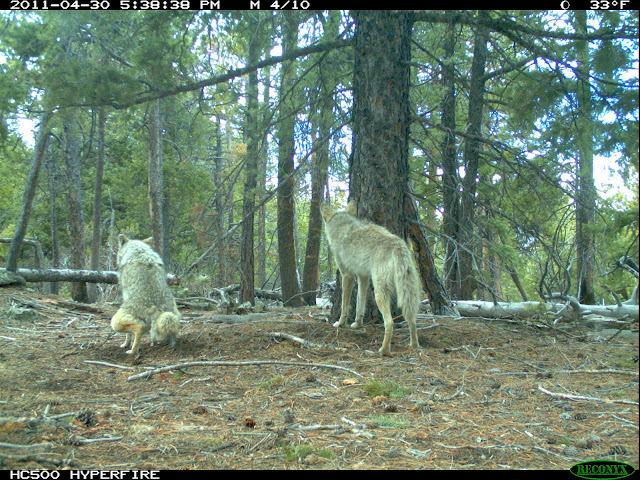 The next two photos show coyotes who seemed to be marking both the lion scrape and their packmates' heads at the same time. 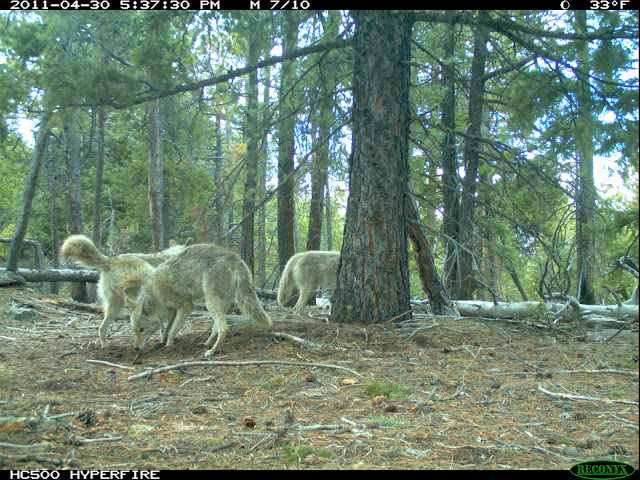 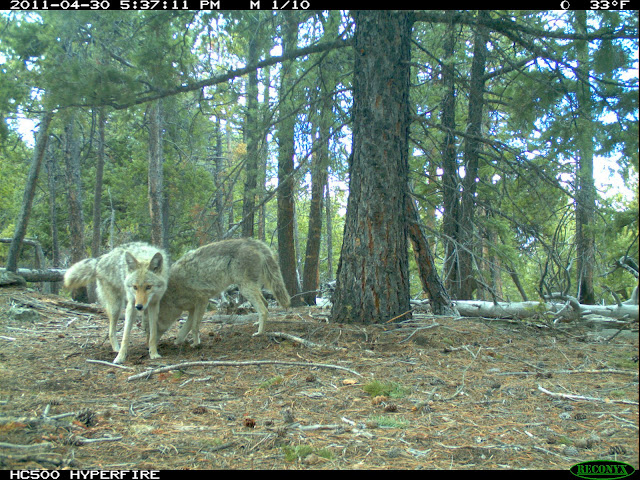 I wonder what possessed these coyotes to advertise their presence to a predator who can and does kill coyotes. I don't understand it.

Now, this scent post has been marked by a bear, mountain lions, bobcats, and coyotes. Both deer and elk have sniffed the spot. A rabbit forages next to it regularly.

I think that all the animals are talking to each other but I'm not sure what they're saying!
Posted by KB at 7:00 PM