I am having an incredibly frustrating time with my internet connection. I started uploading my photos for this post *24 hours ago*, and my connection is so slow that only one of them has uploaded. I'm awaiting a return call from our internet company. In the meantime, I'm mining my stash of previously uploaded photos for ones that I haven't used before!

We've been having a roller coaster ride with R's toenail. You might remember that he ripped it off on a sidewalk edge more than two weeks ago. He had a small surgery to completely remove the nail down to the nailbed. His recovery seemed slow but otherwise normal. Then, his bandage started smelling putrid a couple of days ago. I'll spare you the details but he has a nasty infection. So, we're layering a second antibiotic on top of the first, and the vet has brought up the option of completely redoing the surgery. We're waiting a little while before deciding about that because we'd prefer not to put him through anaesthesia yet again. 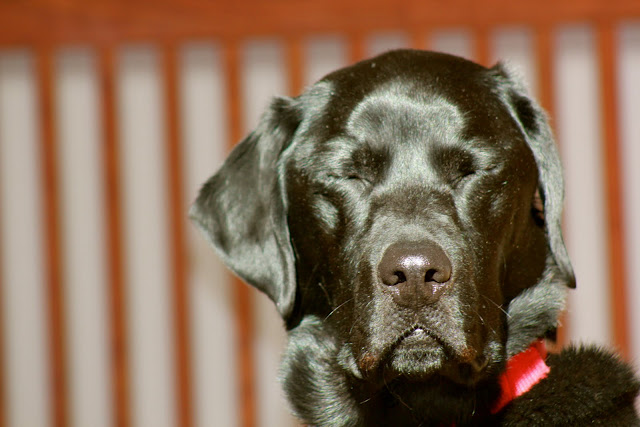 He's been a star patient, albeit a hyperactive one. He hasn't been allowed off-leash in a long time so our high-voltage boy is climbing the walls! It's beautiful outside, and he can't romp through the daffodils! 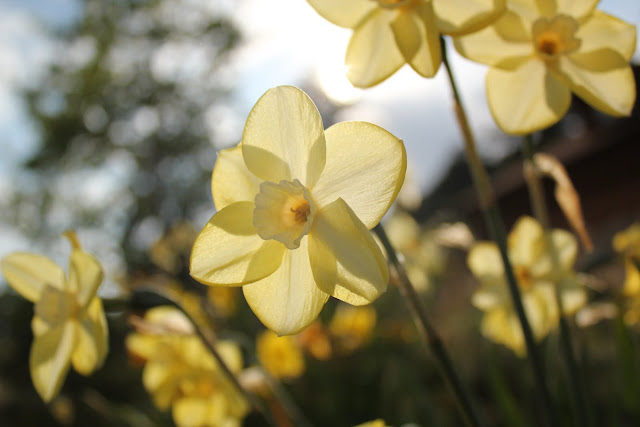 We had a streak of summer-like weather here that reminded me why I don't mind the May snowstorms and the -20°F winter temperatures. It's so that I can ride through pastel green corridors of aspen trees with vivid yellow flowers dotting the ground below them. It's so that K and I can enjoy mountain bike rides together, rarely seeing another person on our trails. 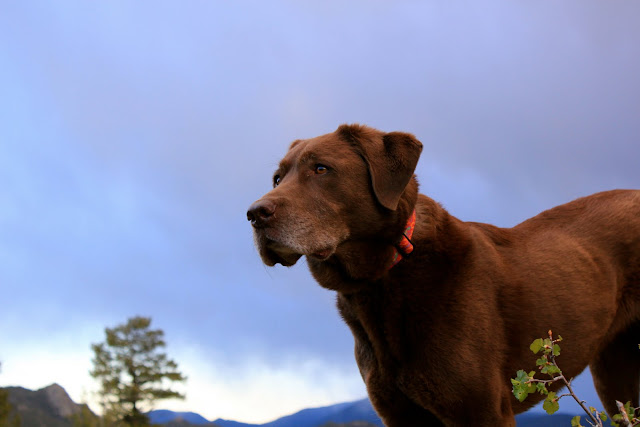 It's also so that I can live among the bears. I managed to upload these two small photos before the internet went haywire. I don't recognize this bear but that might be because I captured only a tail-end view. Doesn't he/she look gorgeous in the evening light? 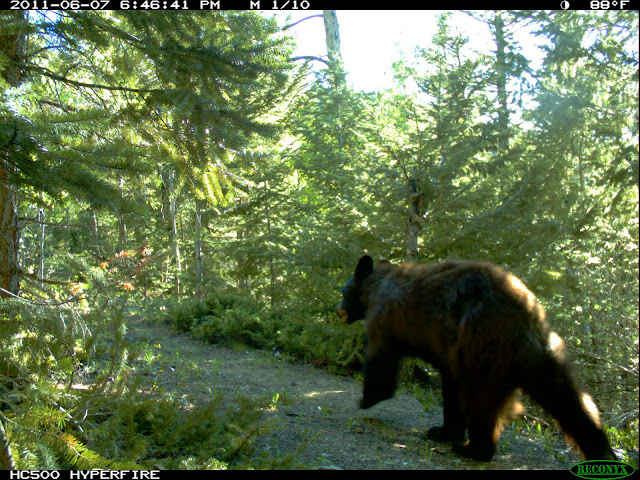 I placed this camera to monitor a "bear whammy tree". The bear is next to it in the photo below. The bear walked past it as if it was nothing special. Every single bear who has walked past it this season has declined to mark it. 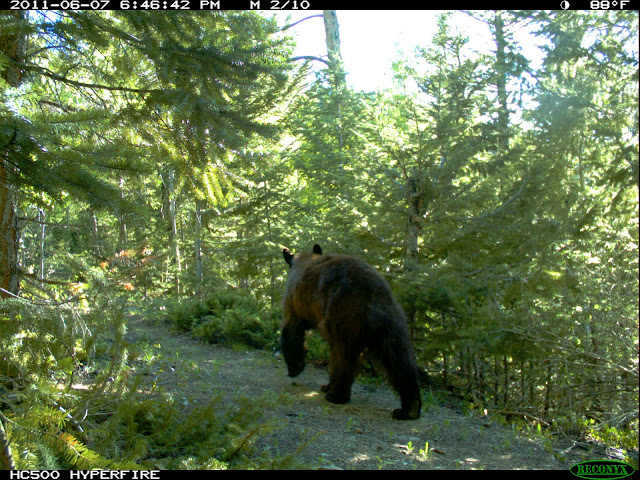 Today, I decided that "enough was enough" and moved the wildlife camera. About 30 yards to the west of this tree, there's another bear whammy tree. A few days ago, I carefully balanced a stick on it so that I'd know if a bear had marked. Darn it - that's the one! It even has several layers of fresh bear fur stuck in its sap. They've been marking it, and now it has a camera pointed at it. I just hope that ursine mating season isn't yet winding down. 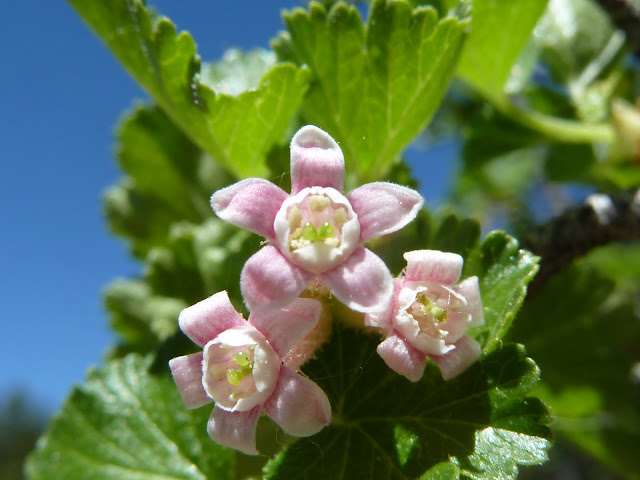 I apologize that my internet problems are also making it impossible to comment on your blogs some of the time.
Posted by KB at 6:20 PM