I didn't want to admit that I was worrying about the fact that I saw only one cub with mama bear during our "unexpected meeting" the other day. I was hoping to catch the whole family on camera soon so that I'd know that both cubs were alive and well.

It happened last evening, during that dusky time of night when my wildlife camera tends to give blurry photos. Mom arrived first, nose in the air. Perhaps she smelled me. 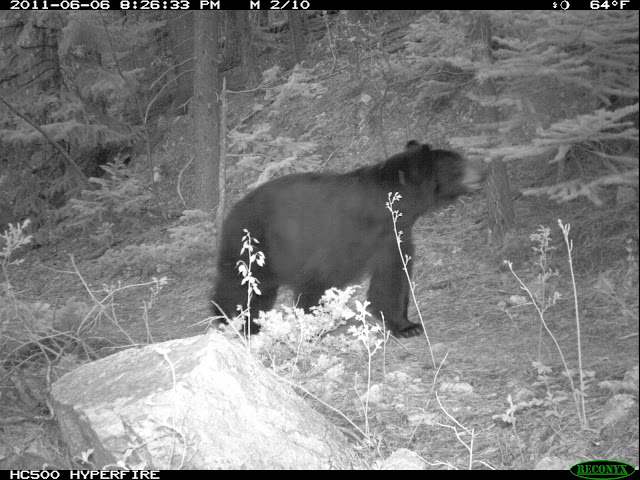 Next, I saw the obedient cub following on mama bear's heels. In every photo sequence of this family (here and here), one cub (probably always the same one) is obedient and the other is more independent. The independent one is arriving in the far left of the photo below. 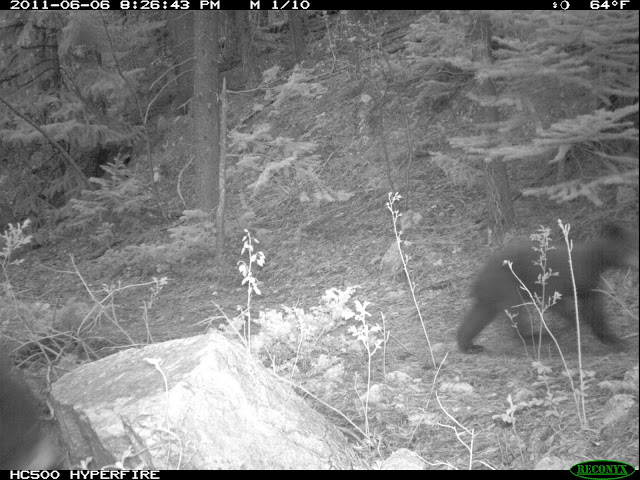 The independent one leaped onto a boulder in front of my camera. 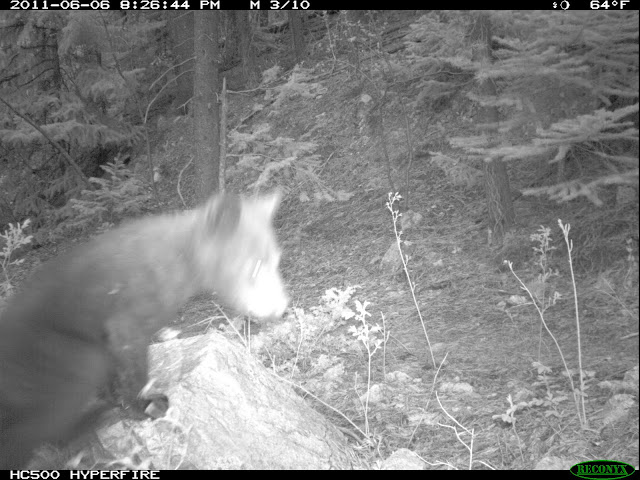 ... and posed there for an instant before bounding after his family. 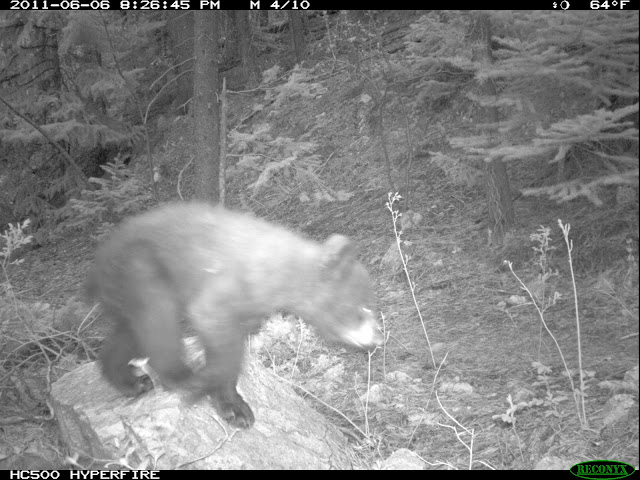 I haven't captured any further photos of Socks. However, as I went through my archives of photos, I found one of the bear who I'm guessing is Socks' father. He visited our clearing in 2005. 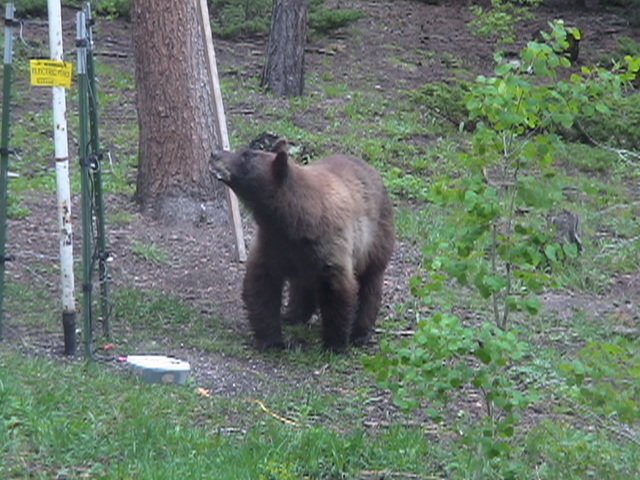 He probed every possible route to our bearproof birdfeeders. He visited our birdfeeders only once. He's a smart guy, knowing an impossible task when he saw it. 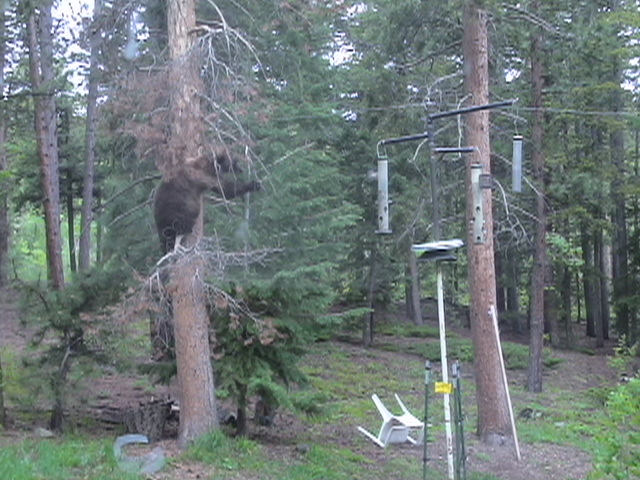 For some bizarre reason, we named him Milton way back then.
Posted by KB at 8:47 PM