Update on K and wildlife flurry

I just wanted to give you a quick update. We still have no internet but I'm at the library. After we received the go-ahead from the vet that K could travel despite her kidney infection, we took a short trip to a beautiful part of Colorado. This was the view from one of our campsites. 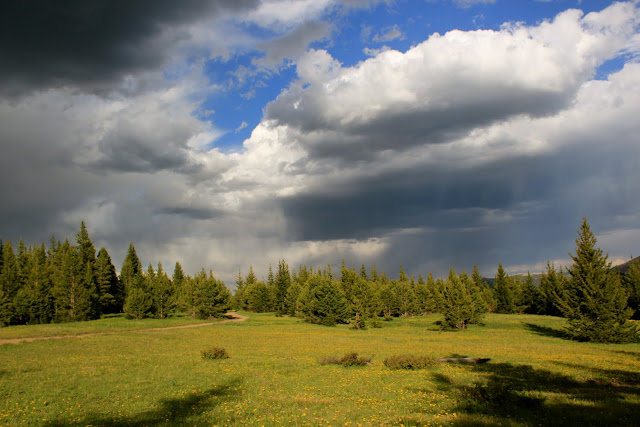 K spent most of her days lying in the shade, drinking lots of water, and being pampered. By the last day, she looked almost like herself, standing proud by the mountains. You can see her shaved belly from the ultrasound of her kidneys. 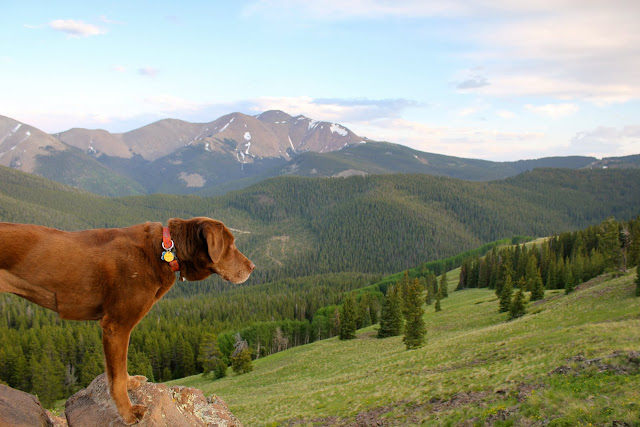 Meanwhile, my wildlife cameras have been seeing a huge flurry of activity from a mountain lion and bears. A mountain lion has been circling a small area for more than a week. I believe that he killed a large prey item and has it cached nearby. 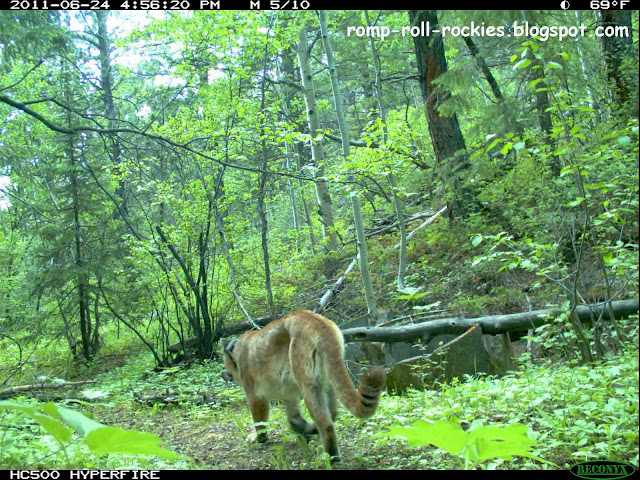 He's been going back and forth in a gully that's seen no human activity in a year. 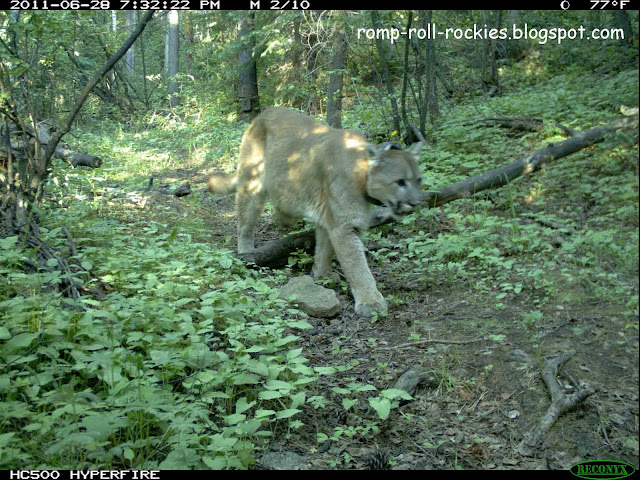 In the next photo, you can see how full his belly was, hanging down like an overfilled water balloon below his spine. 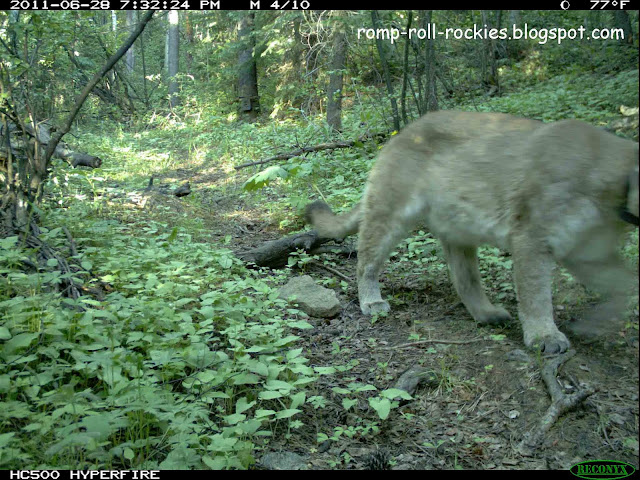 He's still in the same small area as of today. Believe it or not, over the weekend while I was away, a parade of out-of-town people and very small dogs (off-leash) kept walking through this gully. When I saw the photos, I could not believe the incredibly bad timing. I haven't heard any rumors of missing dogs or attacked people so I guess that it all turned out okay (the people seem to be gone). It's a testament to the fact that mountain lions are not easily provoked to go after dogs or people, even when they unknowingly go close to a hidden carcass.

The only downside to the fiasco was that I had to move my camera because the people spotted it - and that's a recipe for getting a camera stolen. It's now hidden incredibly well and is off the people's path. Maybe it will catch some more action.

We have technicians coming to work on our internet later this week. Please cross your fingers that we get a connection. I miss visiting your blogs!
Posted by KB at 6:43 PM