A pair of happy dogs explored together in the sunshine. The combination of white snow flying through the air and the golden grass made a gorgeous scene. 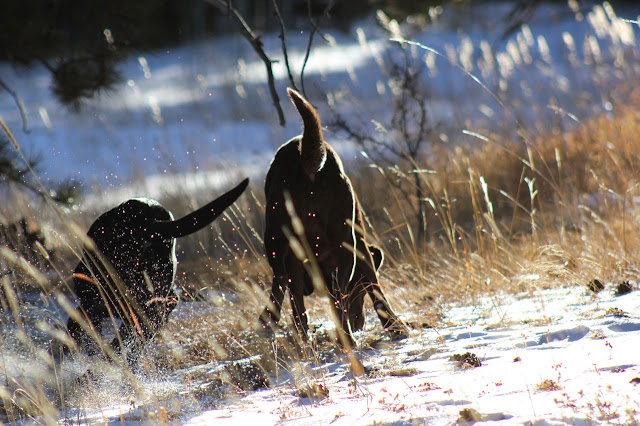 Dogs don't worry too much about the future or get frazzled about finding the right Christmas present. They just live with gusto - a fine example for all of us. 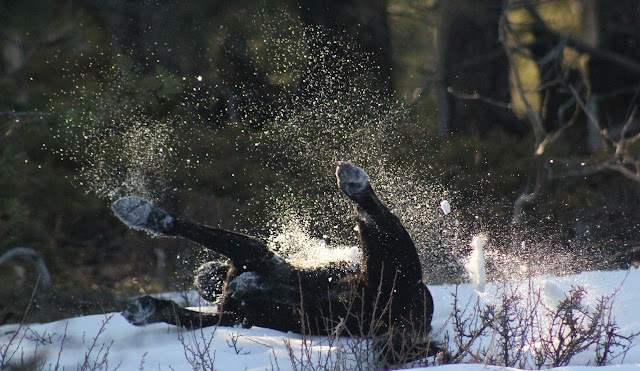 I've been researching my health situation on the internet, and I am struck, yet again, by the way some patients seem to let their identity become defined by their health problem. I found a forum about "lung nodules", one of the symptoms that I have. Each person who posts ends their post with a listing of how many lung nodules they have, the size and exact location of the nodules, and when the nodules were discovered. The people who post to this forum don't use names, just their list of nodules as their identifiers.

I hope that, regardless of what each of us faces in life (and I'm sure that many of you have faced tougher things than I have), we can keep perspective that we have many other qualities aside from our diseases. I found the a similar phenomenon, years ago, when I was battling endometriosis. I had a series of 7 surgeries to excise all of it, and I read forums on the internet that gave me the same impression - that some endometriosis patients forgot everything else about themselves aside from their disease. I'm sure that's not as prevalent as it appeared - but "basing your identity on your disease" seems like something to be avoided at all costs.

Thanks to all of you for your kind words after my last post. Your kindness means the world to me.

Along those lines, I keep doing the things that I love, and I'll keep doing them as long as I can. I've been tracking animals in our ever present snow, and I was astounded when I found bear tracks the other day! I was shocked that a bear was still awake and walking around, given the snow storms we've had and the sub-zero temperatures that we've endured. The photo below is of the tracks in relatively shallow snow. He also walked through areas where the snow was so deep that his body left a deep furrow in it, and his footprints were hidden by the furrow. I kept thinking that this bear needs to go to sleep! 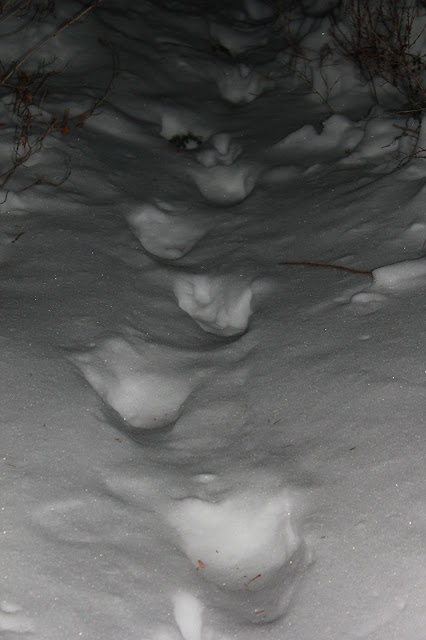 These tracks were in the general vicinity of the den that I have a camera pointed at. Seeing the tracks made me hopeful that I might find bears sleeping in that den this winter. Here's a photo that brings back wonderful memories of the sow and her cubs playing outside the den in the spring of 2010. 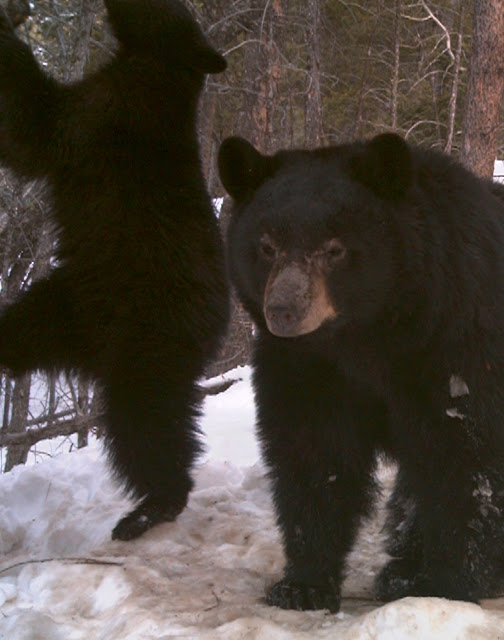 Let's cross our fingers that there's a bear or three in the den! I won't be going near it yet - the bears need time to fall deeply asleep so that a KB peeking in their den won't upset them.
Posted by KB at 6:31 PM