K is in a good phase right now. We're having fun together, walking in our forest and enjoying summertime. At the start of every hike, she still explores the world in a small circle around me, like she's done for her whole life albeit at a slightly slower pace. 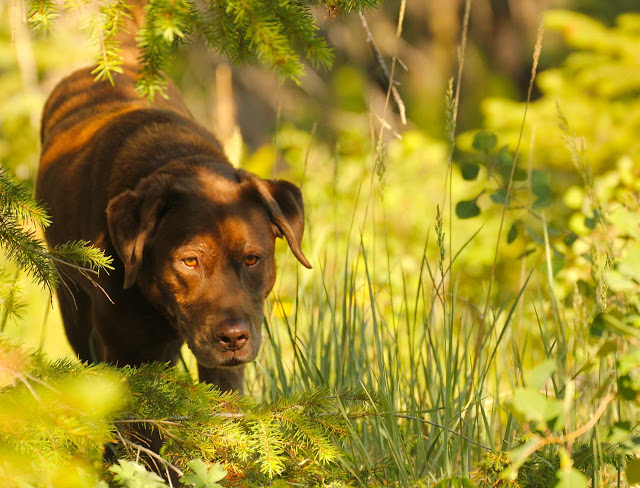 This morning, I spotted a beautiful butterfly, backlit by the morning sun as we headed into a peaceful meadow. 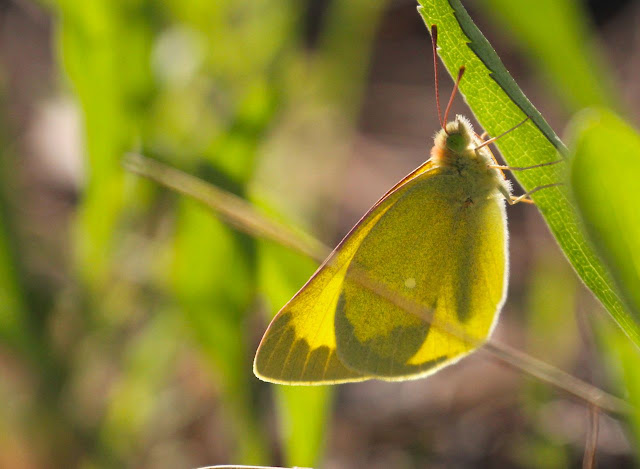 The air was cool, slightly humid, and not smoky. K seemed to love that combination and ran like a puppy! I smiled broadly. I love seeing my girl happy. 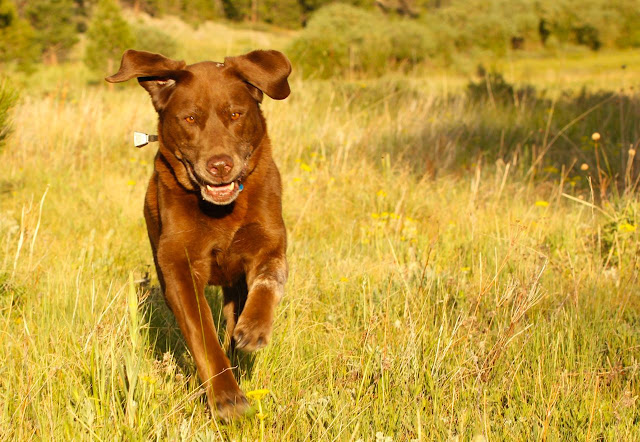 Look at the intensity in her eyes! 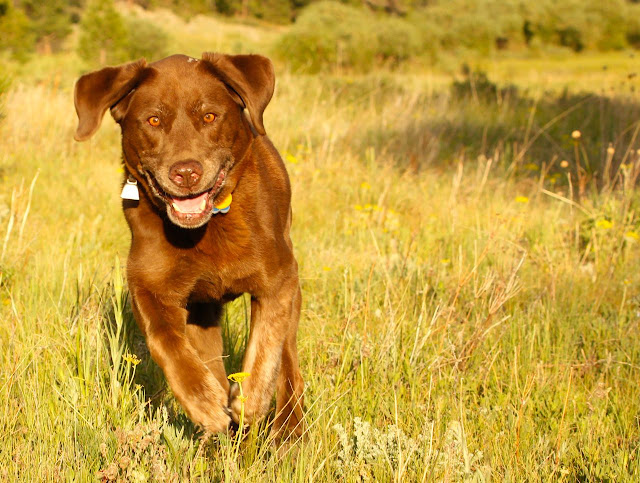 When it warmed up a bit more, we retired to a shady pine forest. I watched K closely, trying to assess how much energy she had. 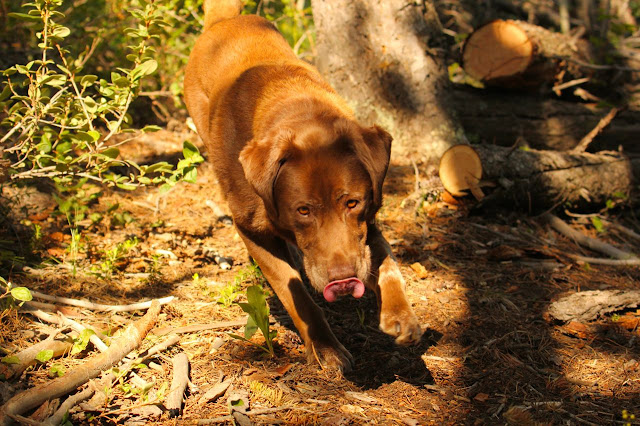 As far as I can tell, K has decided not to be conservative with her energy. Today, she ran and romped, and then she suddenly became more sedate during our walk. So, I assumed that she'd suddenly become tired, and we headed home with her following closely at my heels, wasting no energy.

My opinion is that I'll let her run and use her energy as she chooses. She's still enjoying life on her own terms which is exactly what we want for her. I'll make it my job to be sure that we don't end up too far from home when she runs low on energy.

In the pine forest, K and I made a fun discovery of a bear path and a day bed that is very heavily used by bears, based on the number of scats and the marked trees nearby. I'll be putting a trail camera there soon!

It was in this area where we met the bear that I showed a photo of a couple of days ago. After I took a bunch of photos of him, he took off, bounding toward a bear path that I know well. This was the last photo that I captured of him before he disappeared, moving fast. 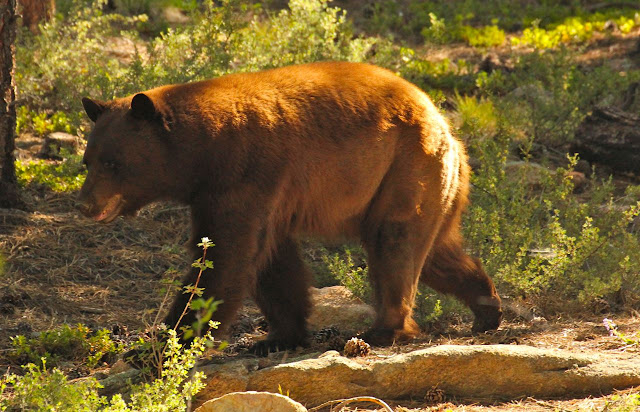 It turned out that he was heading directly toward the biggest and strongest male bear in our forest, "Milton", who was in the midst of marking a tree (he's the star of the video below). Milton had started by sniffing the tree. 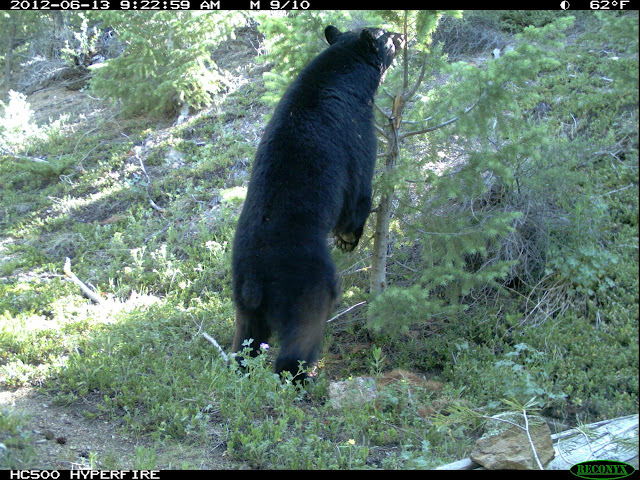 Then, he turned around and started rubbing his back on it. 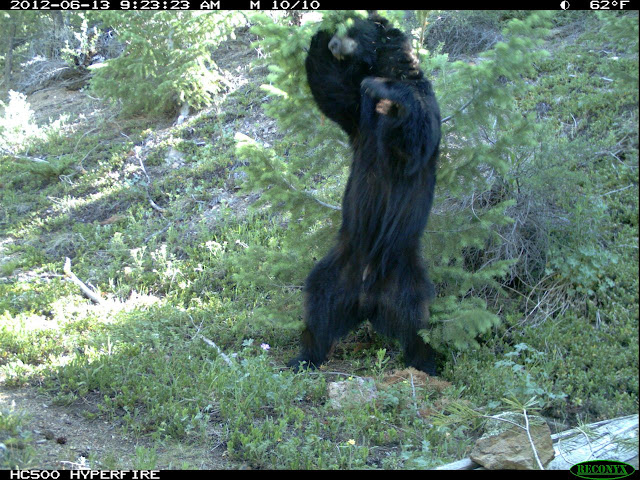 After an extensive dance (I showed you a couple of photos from it yesterday), he walked away from the tree (covered in pine needles) at exactly the time that the cinnamon bear was fleeing from me and K, and was heading toward Milton. 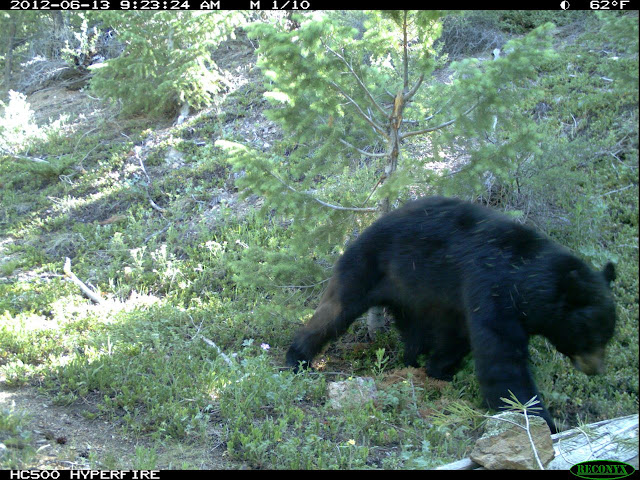 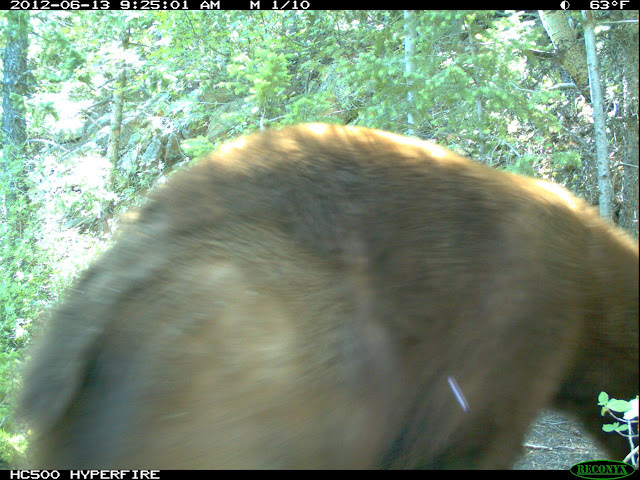 I do know that bears prefer not to fight if they can avoid it. Hopefully, Milton just postured to establish that he was the boss of this highly prized territory, and no one got hurt. Maybe my cameras will give us more insight in the future.

Finally, I compiled a video of a bear tree and all of its ursine visitors over a few weeks of mating season. I called it "Dancing with Bears" because Milton marked the tree numerous times, using slightly different "dance moves" each time. I hope that you enjoy it. You can watch it below or at Youtube.