I am heading off to bear-land, to learn all about the behavior of wild bears. I hope to blog a bit while I'm gone but I'm not certain that I'll be able to.

Around here, it seems that bear mating season is winding down. Here was the last series of photos of a male and female together. First, the female emerged from behind my trail camera. She sniffed the tree that all the males have been marking. 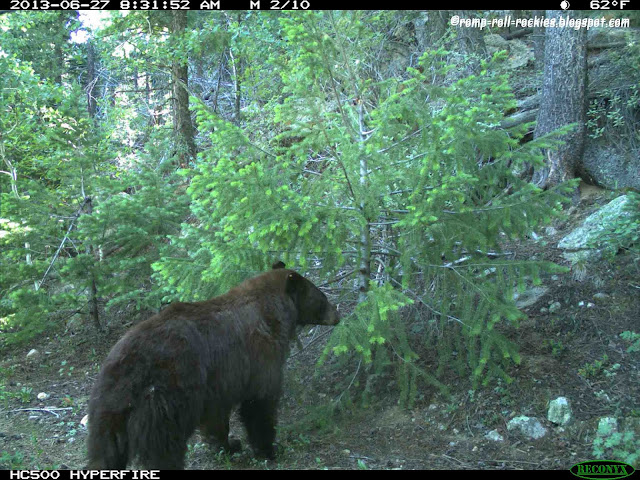 She didn't stay for long, before ambling off to the right. On her heels, our "new" male emerged from behind my camera. 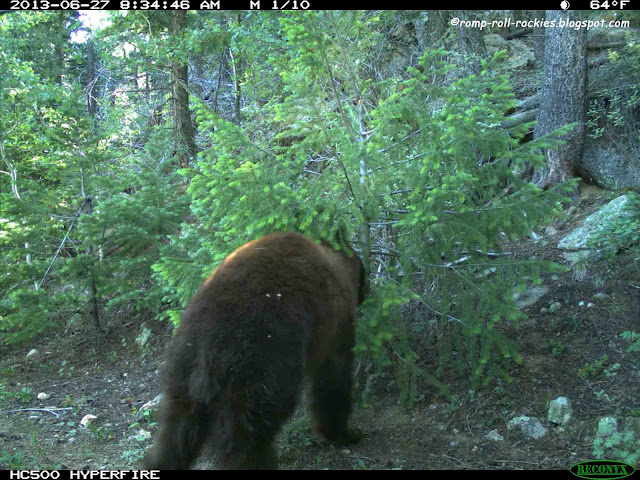 He sniffed and then walked while rubbing his fur against the tree. 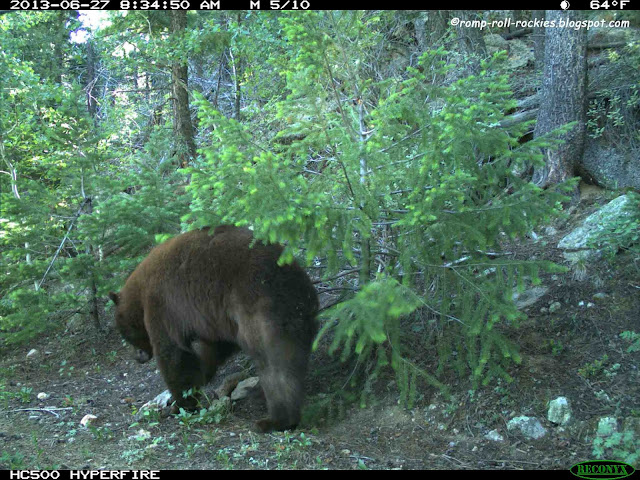 Then, he marked a tree that I've never seen marked before. It's been interesting having this "new" male around - he's been creating new bear marking trees all along this route. I've always wondered how and why new bear trees are designated - and now I think that it may occur when new males show up. 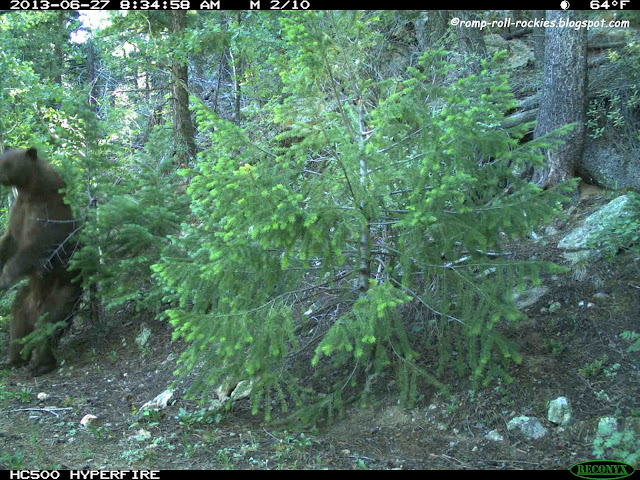 He didn't stay at that tree for long. You can see how he swung his hind legs out in a "cowboy walk" as he headed away from the new tree. 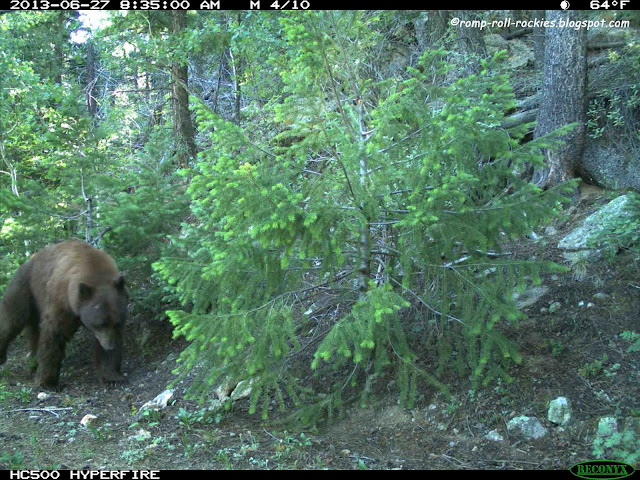 Then, he stood tall to mark the tree that most bears rub against. 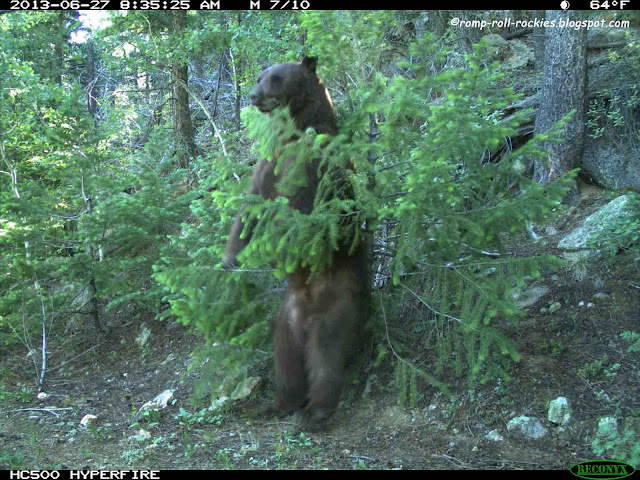 In this series of markings, unlike previous ones, the bear didn't grab the branches higher than his head to rub them against his back or even bite at the branches above his head. Some of you guessed that the bear might do that to leave his scent higher on the tree and thus make other bears think that he's bigger. That seems like a great guess to me!

If that's true, they probably all think that the cub who visited recently is the biggest bear in town! 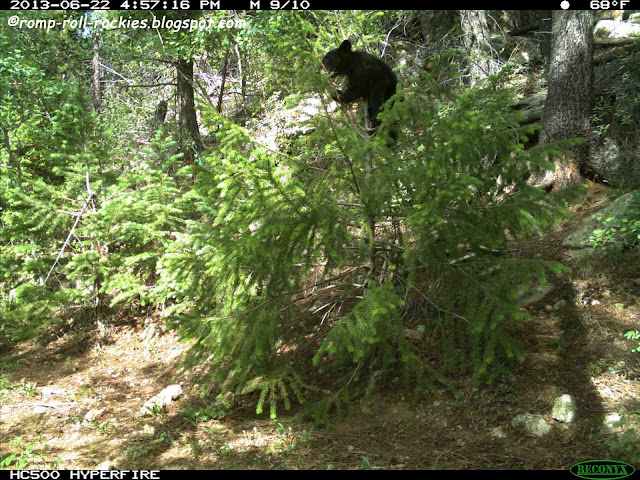 This "bear break" will be the first time that I've been away from Shyla since her arrival. I'm going to miss her and the rest of my pack but the experience should be worth it! 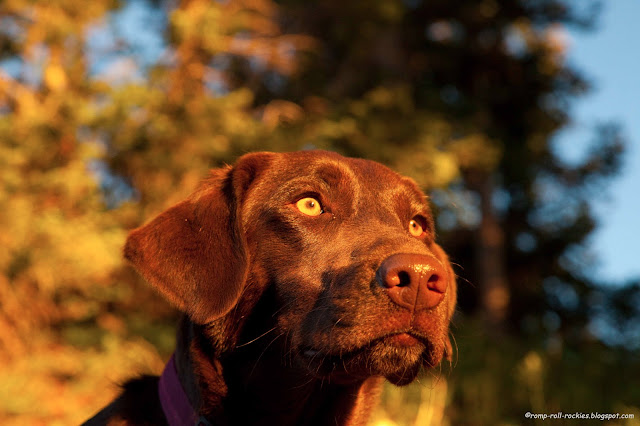 With Shyla in particular, the prospect of being away from her has made me realize how close we've become. That's a wonderful realization after a very tough year.
Posted by KB at 7:29 PM