First, for Black and White Sunday, we have a new Black Bear who came through the area. This year has not been like past years, where I've photographed as many as 18 separate adult bears by the time bears go into their dens. So far, I've photographed 10 individuals, including 3 cubs (many of them on numerous occasions). It'll be interesting to see what the rest of the season brings.

There's no doubt that we haven't seen this bear previously this season. 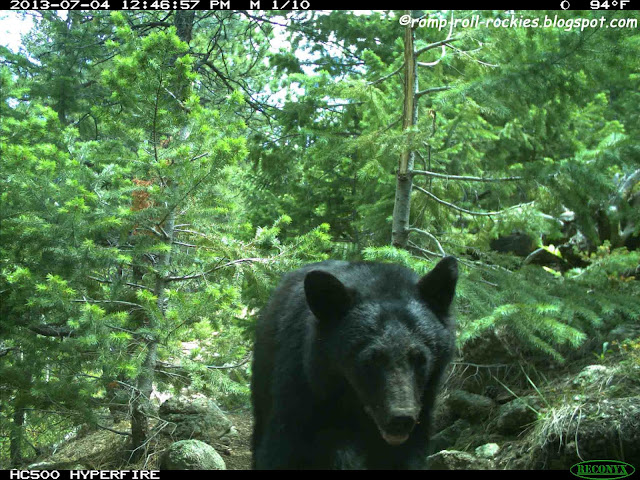 I also captured footage of mom and two cubs wallowing in a pool of water on a hot day, which I'll share in video form soon!

Shyla is feeling better, although she still isn't 100%. Our vet hospital discovered that I'd left many messages for them and called me this morning with a preliminary diagnosis. Now, with the right meds, I think that Shyla is on the road to recovery. Shyla is now well hydrated (an issue yesterday when her gums were tacky). She's even playful and happy!

I think that this relatively minor illness upset me more than it should have because tomorrow is the anniversary of K's death. Believe it or not, it's also the 10th anniversary of Acadia's death (she's in the sidebar - she was K's predecessor). So, July 15 has become an ominous and sad day for me.

I'll always remember the rallying of support last year with the motto of the "Power of the Paw". In memory of that wonderful outpouring of support, here is Shyla's paw perched on a rock that K's paw touched many hundreds of times. As I looked at this photo, it hit me hard that it's time for me to allow Shyla to escape K's very long shadow. I'll write more about that in the near future. 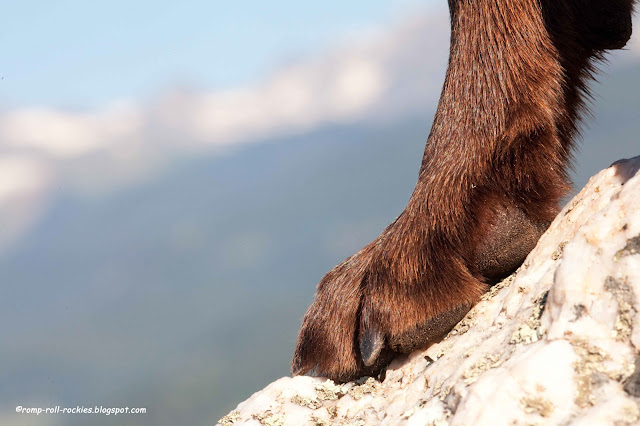 Today, I had fun photographing Shyla with a super fast lens loaned to me by a friend. It can achieve an aperture of 1.2, which lets in tons of light but gives a very shallow depth of field. I experimented with having just one part of Shyla's face in focus.

Here is one portrait in color with the focus on her eye. Notice how fuzzy her nose is, due to that shallow depth of field. 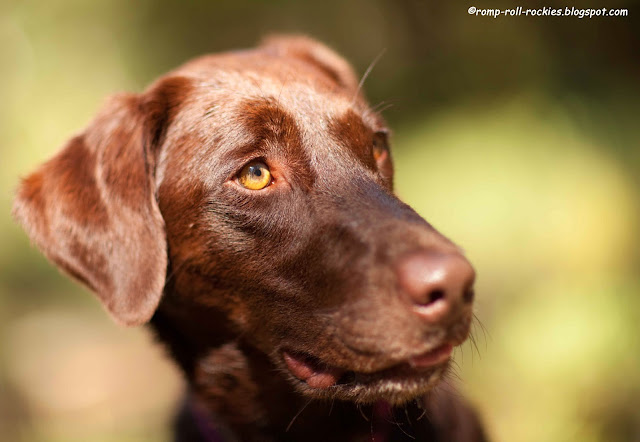 And the same one in black and white, in honor of Black and White Sunday. 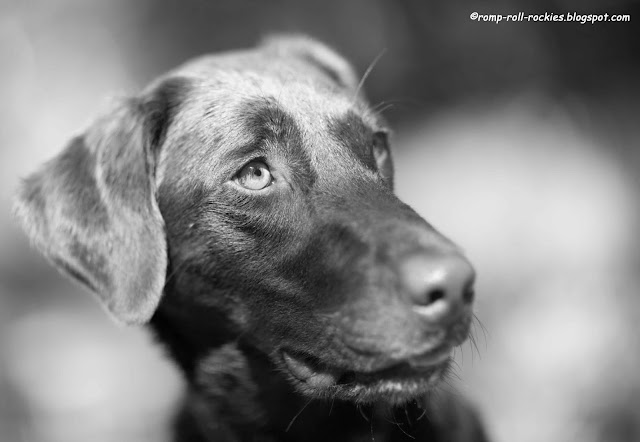 What a special girl. I'm so grateful that I have her in my life. It's hard to believe that I didn't even know her a year ago.
Posted by KB at 7:01 PM