The Duo Story, and a Mother Mountain Lion with her Kitten

First, for my new readers, do not worry - R gets as much romping in the mountains as Shyla. R is the Runner's constant companion, and they run together on the mountain trails every single day. That's why I am so thrilled when I find a rare opportunity to get a photo of R in the mountains! 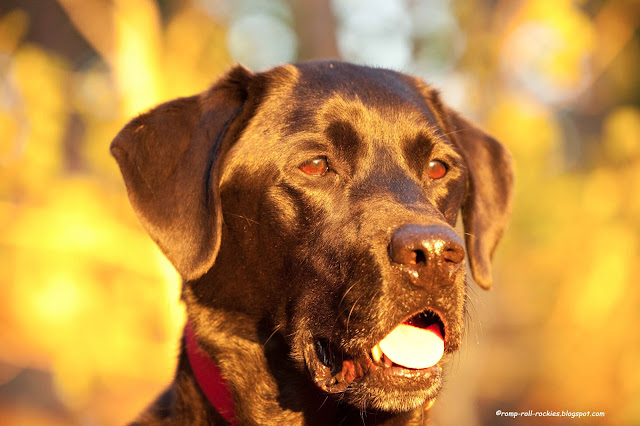 Part of why the Runner and I have always had at least two dogs is that both each of us loves to have a canine companion on our daily mountain outings. When we have only one dog, we literally wear out that poor dog with too much exercise. So, by having at least two, a single dog doesn't have to run too many miles per day!

On the wildlife front, today I found a very fun series of rapidfire trail camera photos. It was a pair of mountain lions ("cougars"), a mother and a kitten, who had an extensive interaction by a bear marking tree.

I made it into a video (below) but just in case you can't easily watch videos due to slow internet (my usual problem), I've included some highlight photos.

First, the mother arrived, and she stood still, perhaps calling for her kitten. 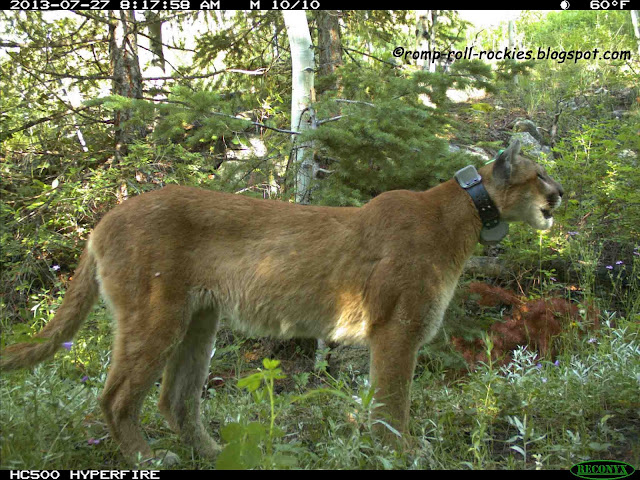 More than 2 minutes later, the kitten arrived. It looked like mom gave the kitten a "talking to" for wandering off. 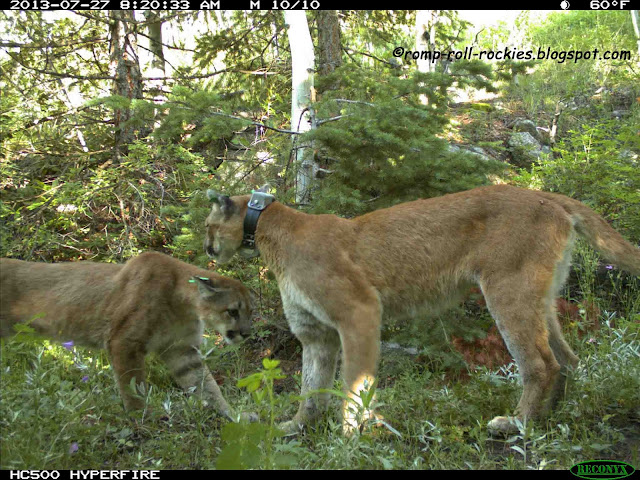 Her anger quickly disappeared, and she patrolled as her kitten acted like a goofy youngster. 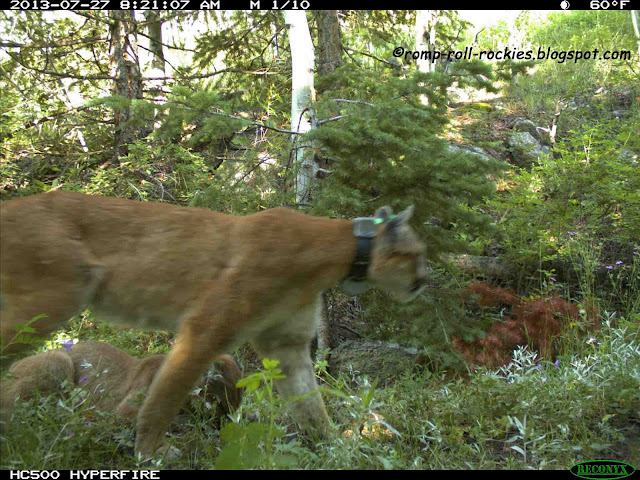 Here is the kitten, rolling around on the ground like a goofball. 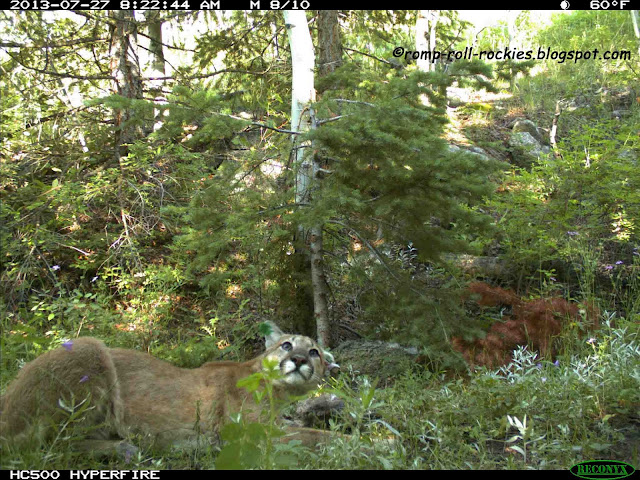 He licked his nose just before departing, following mom. 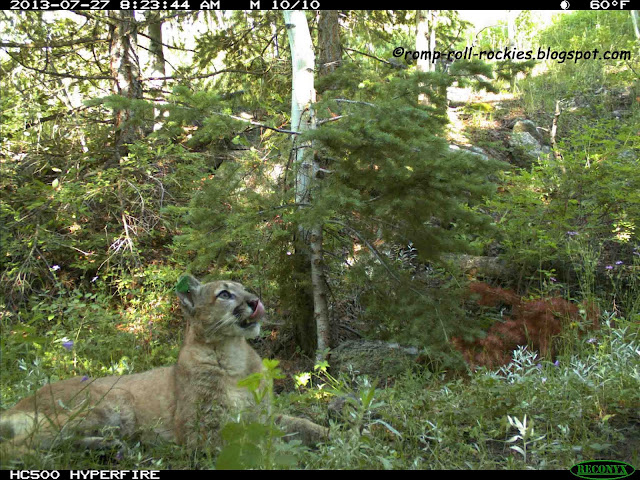 It's only the second time, in all these years, that I've captured photos of a mother mountain lion and her offspring together. I was thrilled beyond words to find these photos on my camera!

Obviously, both of the mother and kitten have been marked for the study going on in our area. Mom has a GPS/radio collar on plus ear tags. The kitten has ear tags, one of which has a transmitter attached to it with a 6-8" long antenna. I was pretty shocked to see that. I understand that they can't put a collar on a kitten because he's growing too fast but a transmitter on his ear with a long antenna must be unwieldy for him.

You can see the ear transmitter if you look at his left ear closely in the photo below. I wondered if some of his antics were actually attempts to get the transmitter off his ear. 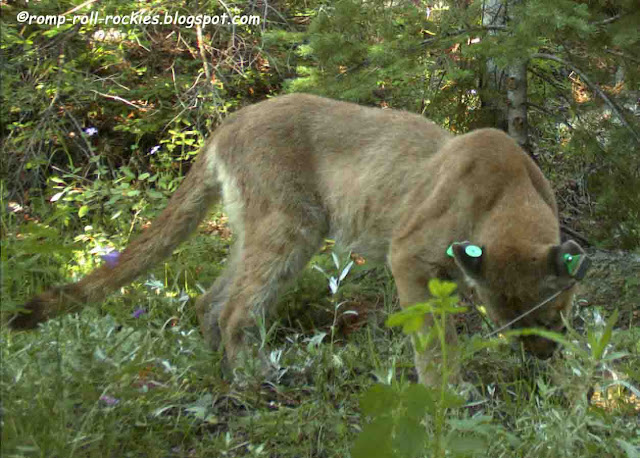 I've made a video from all of the rapidfire stills that you can view at Youtube or here.

It's always a special day for me when I can see our wild animals going about their daily lives using my trail cameras. I loved seeing this kitten!
Posted by KB at 6:41 PM