It's the start of a new year, from my point of view. It's the year of Shyla - a year when I will fully appreciate her incredible sweetness and love.

She and I rode up high first thing this morning, and the sun was bright and warm. 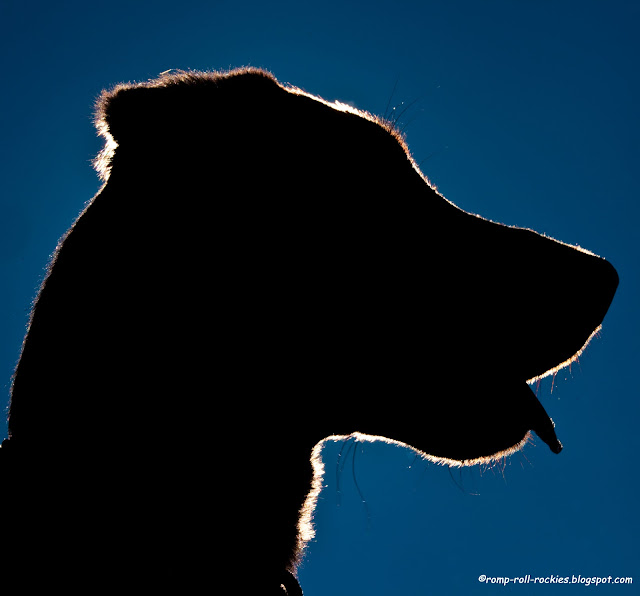 For fun, I tried a backlit silhouette with a rope toy draped over her head. She looks like a creature from outer space! And, I must add that she's incredibly tolerant of my silliness! 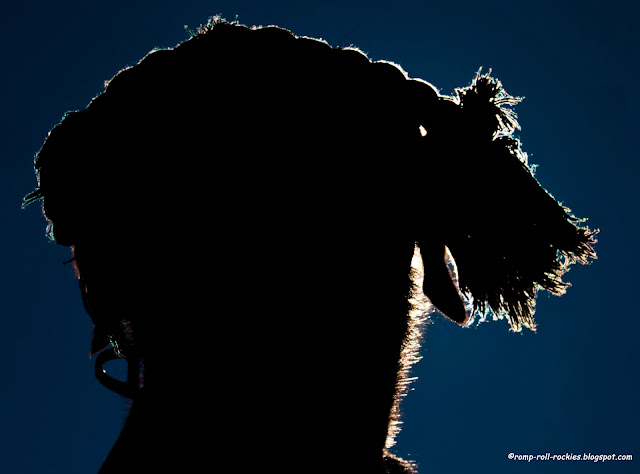 Then, she played with her toy. You can see the Divide behind her. At that point in time, it was completely clear of clouds, like many mornings. When I saw the clear sky, I thought that we'd do a short ride and then go hiking up high, to kick off the Year of Shyla perfectly. 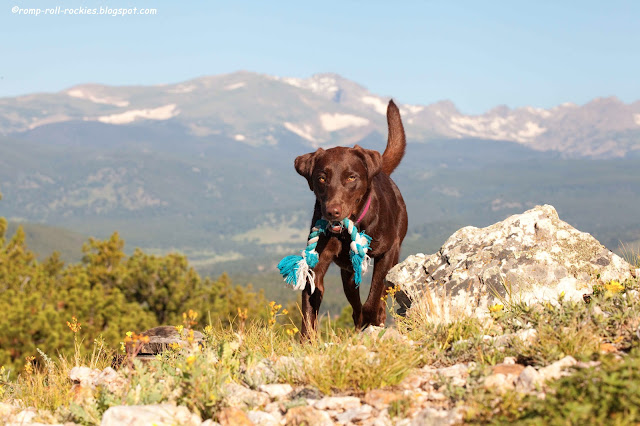 Alas, within about 45 minutes, the clouds erupted over the Divide, and the mountain that I wanted to climb with Shyla disappeared into the swirls of gray angry clouds. So, I decided to save our alpine hike for a better day.

Another factor in not doing a long hike was that Shyla is much better in terms of her diarrhea but not completely better. Apparently, the laboratory analysis showed an overgrowth of bacteria that is typical after a stressful time. I guess that, even though she absolutely loves the Runner and R, she missed me while I was away. I wish that she hadn't gotten sick - but it does touch my heart that she missed me that much.

After I left Shyla at home after our ride, I headed out for some more riding. You'll have to forgive me for my wildflower obsession this year. It's the first year that I've had a real macro lens to try to photograph the flowers, and it's fun!

This wintergreen is a plant that K and I stopped to water every single day last year during the drought. It was the only wintergreen plant in that section of the forest that bloomed last year. So, seeing it blooming today made me smile. It's a good memory of something that K and I did together. 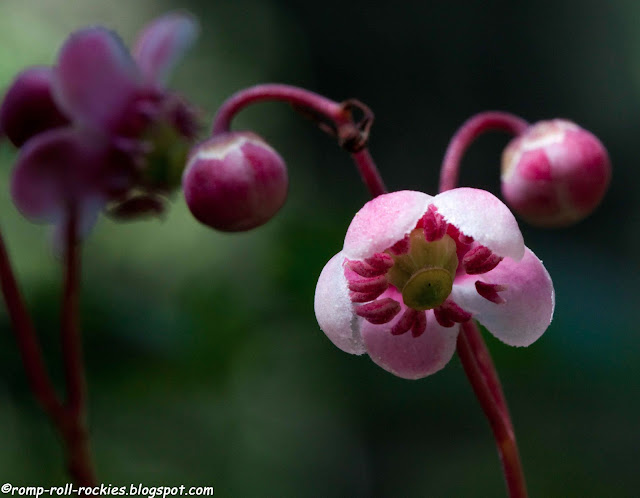 Also, while I was out on my bike alone, I checked a trail camera. I discovered that Mabel, our main bear sow, and her single cub had come through our neighborhood the other day. Indeed, I'd noticed the signs that they'd been feeding in the area. Mabel had ripped up a big stump and had also pulled a large log so that it was blocking the trail. An ant colony lived under the log (that's why she moved it), and she'd clearly been chowing down on their pupae. Here's her cub sniffing a spot that many animals have marked over the past several years. 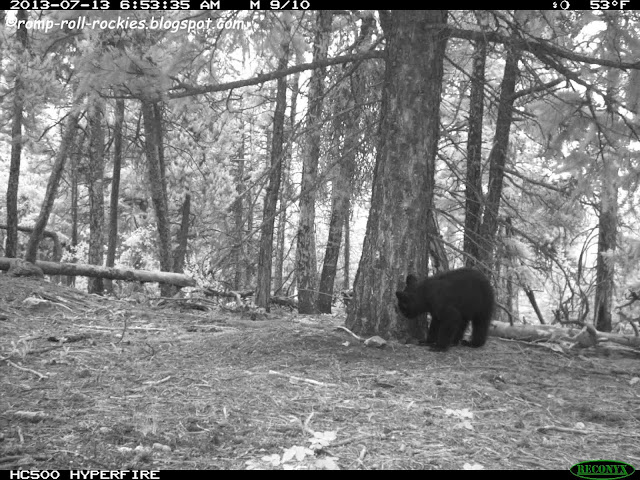 This spot has seen far more bear traffic than in most summers. First Milton went by in the last week of June, and then the new male went by a few days later. Here's the new male. He just walked by without slowing down. 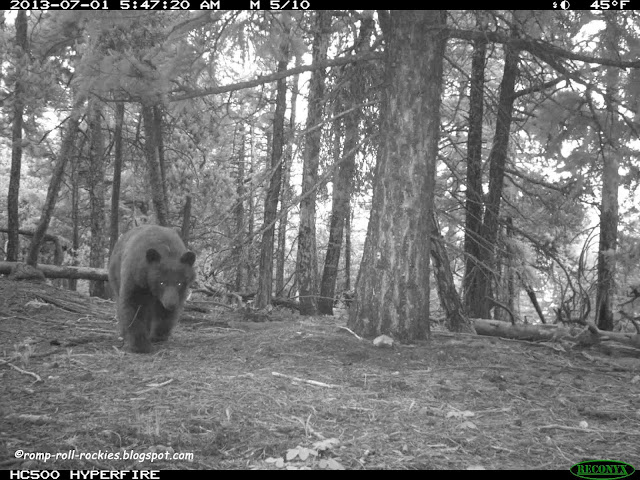 I'll leave you with one my favorite bear photos from my visit to Bear Land. This was a 2 year old male who we saw foraging near the cabin where we were staying. He's still gangly, because he is growing fast. Male black bears don't reach full size until they're about 12 years old. 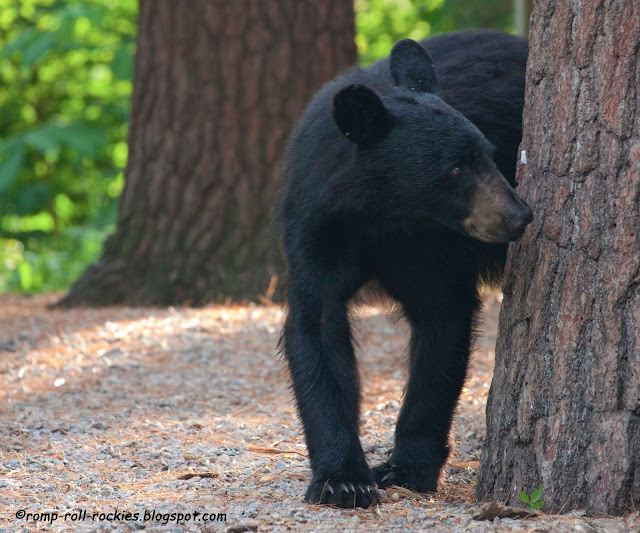 I love bears, which is why Shyla's nickname is "ShyBear". I've always thought that chocolate labs look a lot like bears!

Here's to the start of my new year! As my friend over at Tales and Tails wrote so eloquently, we don't always get the dog that we expect but, despite the unexpected traits, we often end up with the ideal dog for us. I think that her description fits Shyla and our family perfectly!
Posted by KB at 7:45 PM