I'm home again, back with my family, who I missed while I was in Bear Land. Apparently, my ShyBear missed me too. She kept pulling out my clothing to lie on, and even chose to gnaw on a few things that smelled like me. I guess that's the ultimate canine compliment but I now need to replace a few chewed belongings! 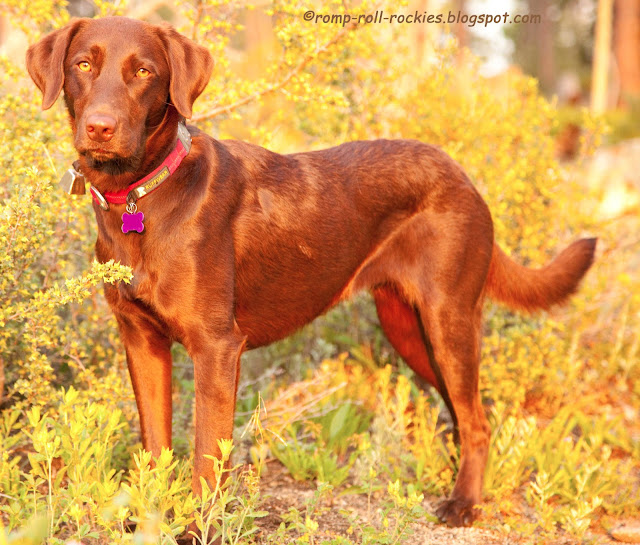 Although I missed home, I had an amazing bear experience, closely observing wild black bears. These bears are habituated to having researchers hang around watching them.

This black bear is a mother who had two cubs high in a nearby tree as we observed her. As we watched, her attention continually swiveled back toward her cubs, as shown in this photo. She seemed to be listening for noises from the cubs while scenting the air for danger. She didn't view us as danger but seemed worried about other sources, like the sound of ATV's in the distance. 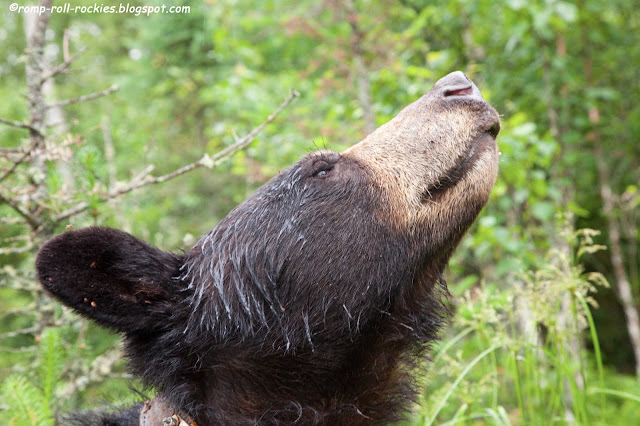 It poured rain for part of the time that we spent with her, yet no one seemed to notice. Her ursine presence completely overrode any notice of details like getting soaked. 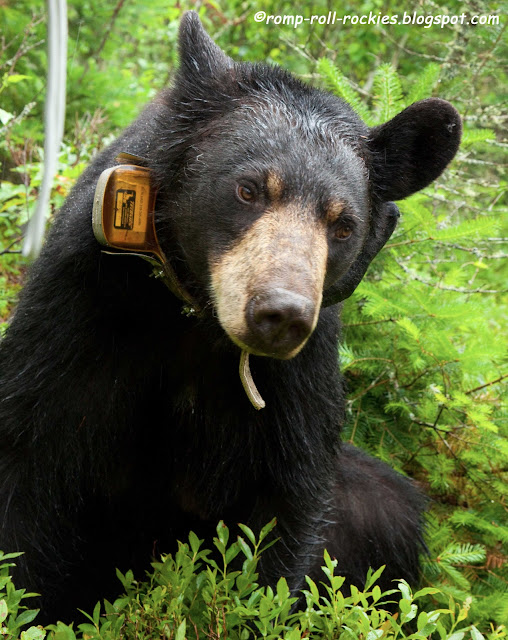 She wore a radio collar. Indeed, that's how we found her in the forest. Without the collar, it would be impossible to observe her behavior because the researchers would rarely be able to find her. Bears are masters of remaining hidden when they want to.

As we watched her, a new sound hummed in the distance. She stood up on her hind limbs to look for the source. Standing up is not a threatening posture for a bear. Rather, it indicates interest and curiosity. 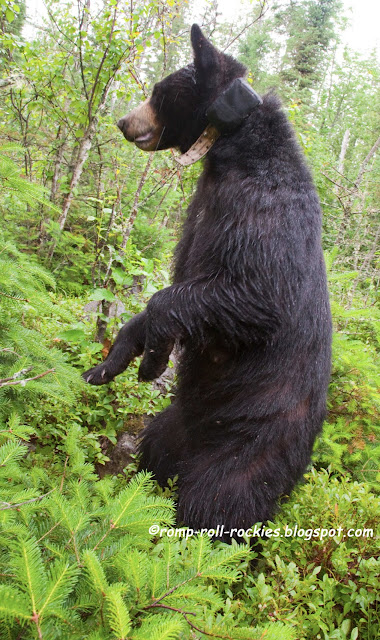 Eventually, she decided that it was time to go to her cubs. She had to search for them, scenting the air and grunting to them, hoping that they'd answer to tell her which tree they were in. I was a bit surprised that she didn't remember where they were. 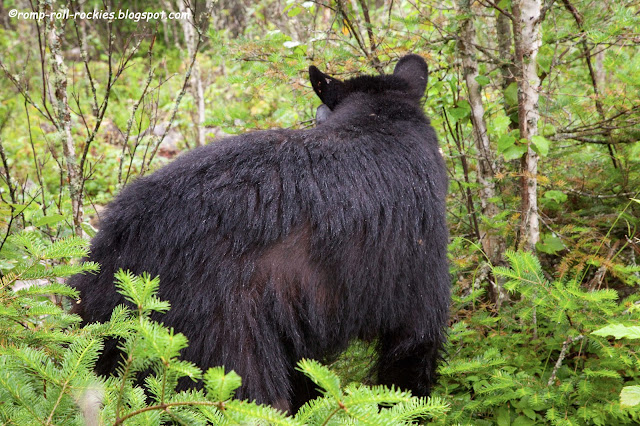 Eventually, she and we spotted them, about 30' off the ground in a tree. This is the more gregarious cub who quickly came down to the ground after mom came to the base of the tree making mama bear noises that mean "come to me". 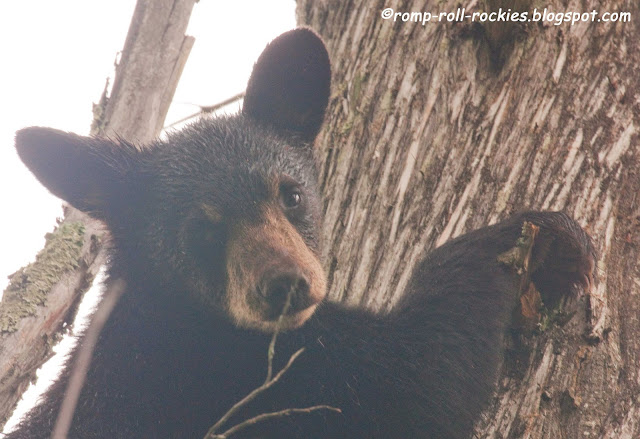 The other cub was more suspicious of humans and elected to stay perched in the tree. The cautious cub started to descend several times but couldn't quite muster the courage. As an aside, bears can descend from trees very fast! They use a combination of climbing downward, rump first, and sliding while using their claws to slow their descent. 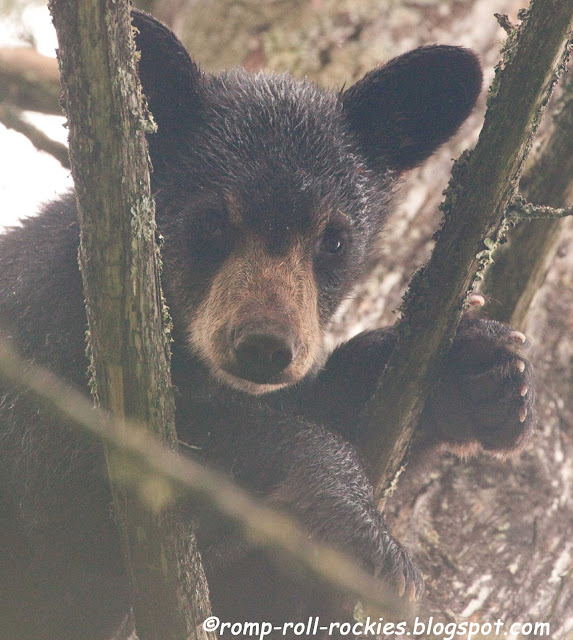 Shortly after this photo, we departed. We didn't want the one cub to be stranded in the tree by himself so we left to allow him to rejoin his family on the ground.

The most amazing part of this is that I never felt even vaguely afraid while I was near the bears. Bears are generally timid, and if you behave reasonably around these research bears, they never show signs of nervousness. They aren't the "killers" that the media likes to portray them as. Rather, they get scared easily so "good human behavior" involves not making fast movements or loud noises. You also always leave the bears an open route to move away from you if they want to.

I'll write more about the experience because I saw multiple bear personalities in different situations over my days in Bear Land. I learned so much about bear behavior, and I expanded my knowledge of the signs that bears leave in the forest. Indeed, today, when I checked my trail cameras, I spotted some bear marking signs that I'd never noticed before (I also saw that the bears had been parading past my cameras in honor of the course I was taking!). Pretty cool!
Posted by KB at 7:36 PM