In a gully that I know that bears and mountain lions love, I discovered that my trail camera had captured some of the sweetest mountain lion photos I've seen.

A young mountain lion was walking cautiously up the gully, and for some reason, my camera caught his attention. 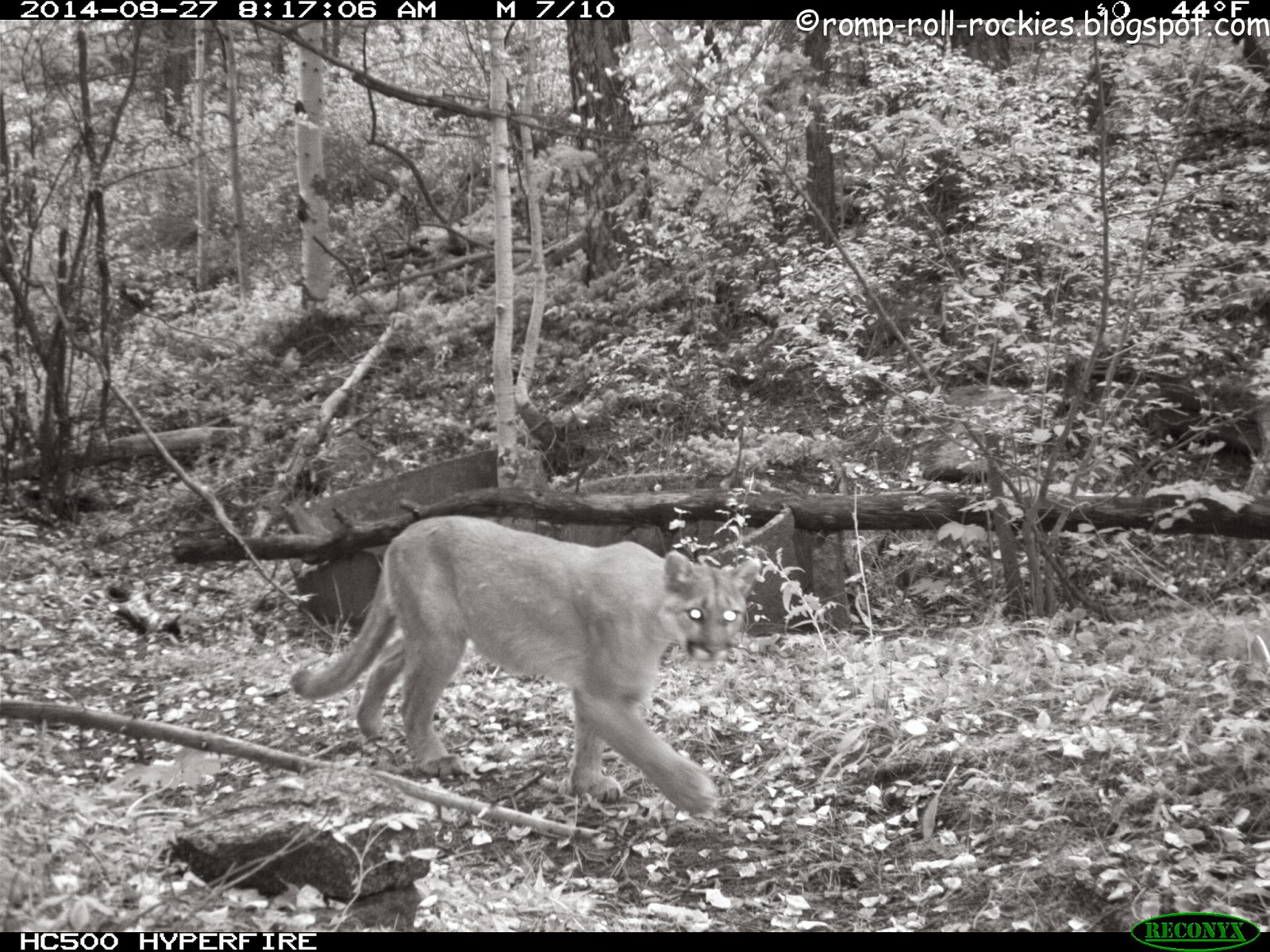 His eyes were glued to it. This photo also shows the stripes on the inside of his left front leg, a sign that he's a young one. 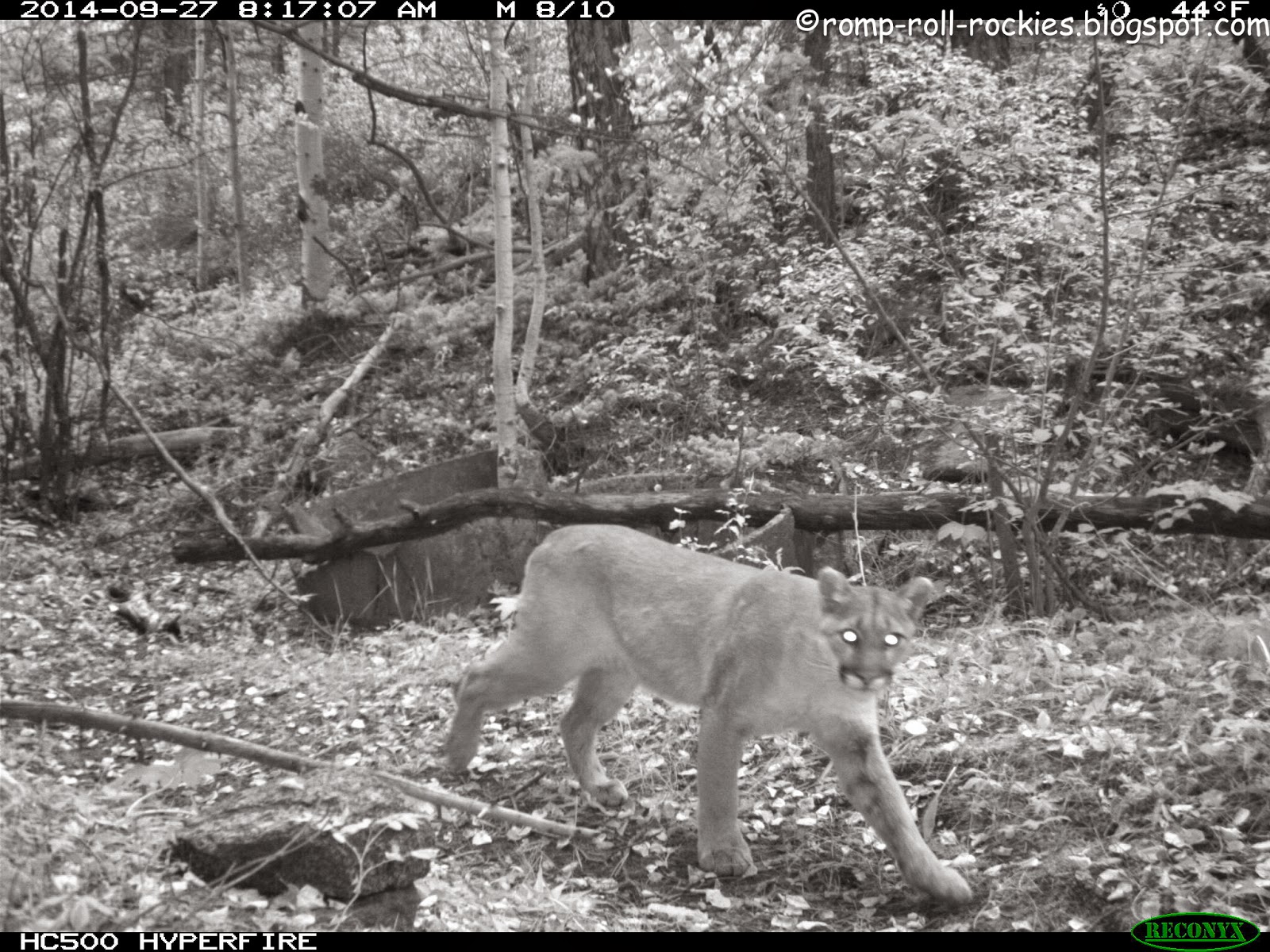 His brow furrowed as he tried to figure out what the camera was. 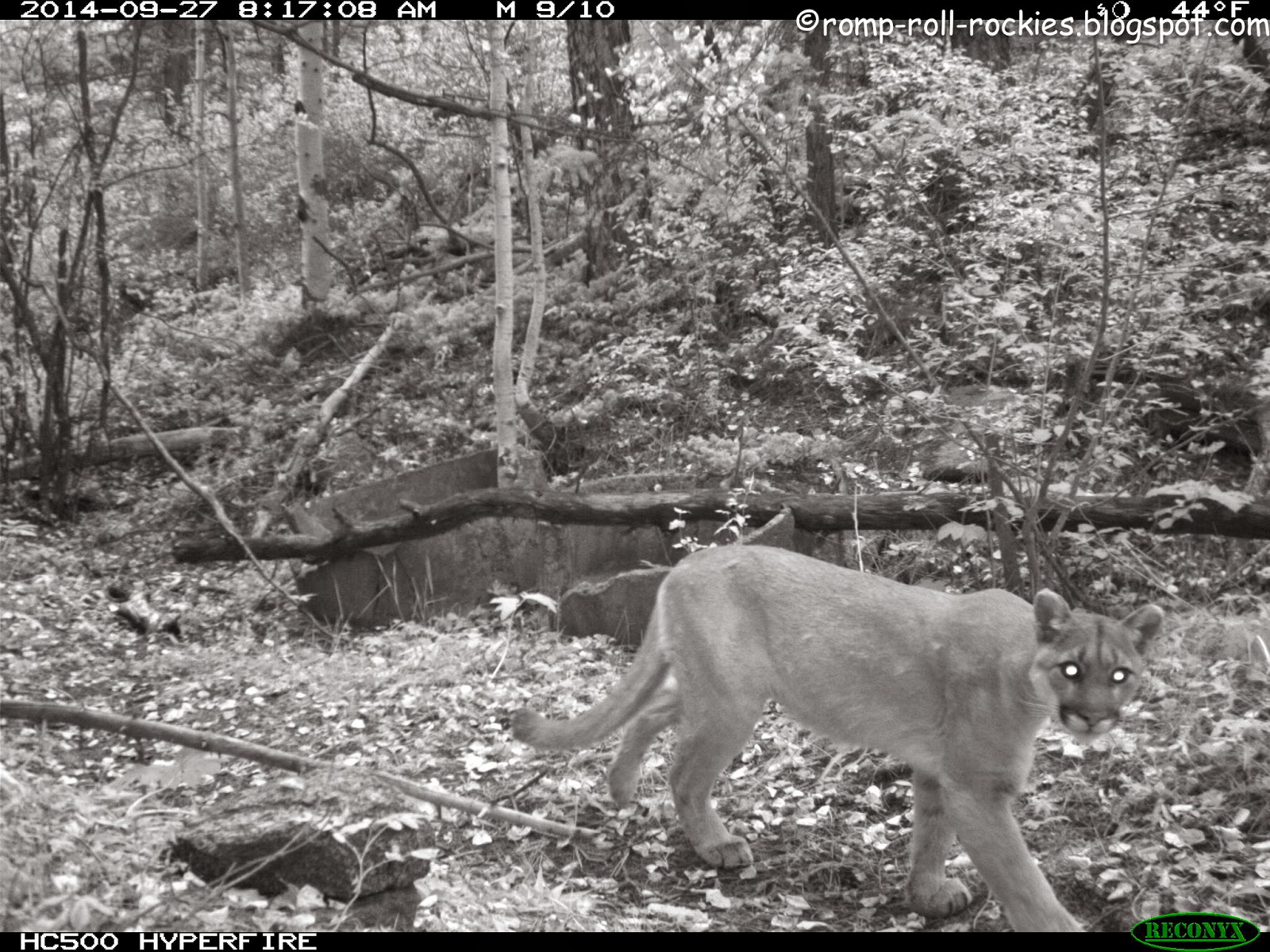 Being young and bold, he started to approach the camera. 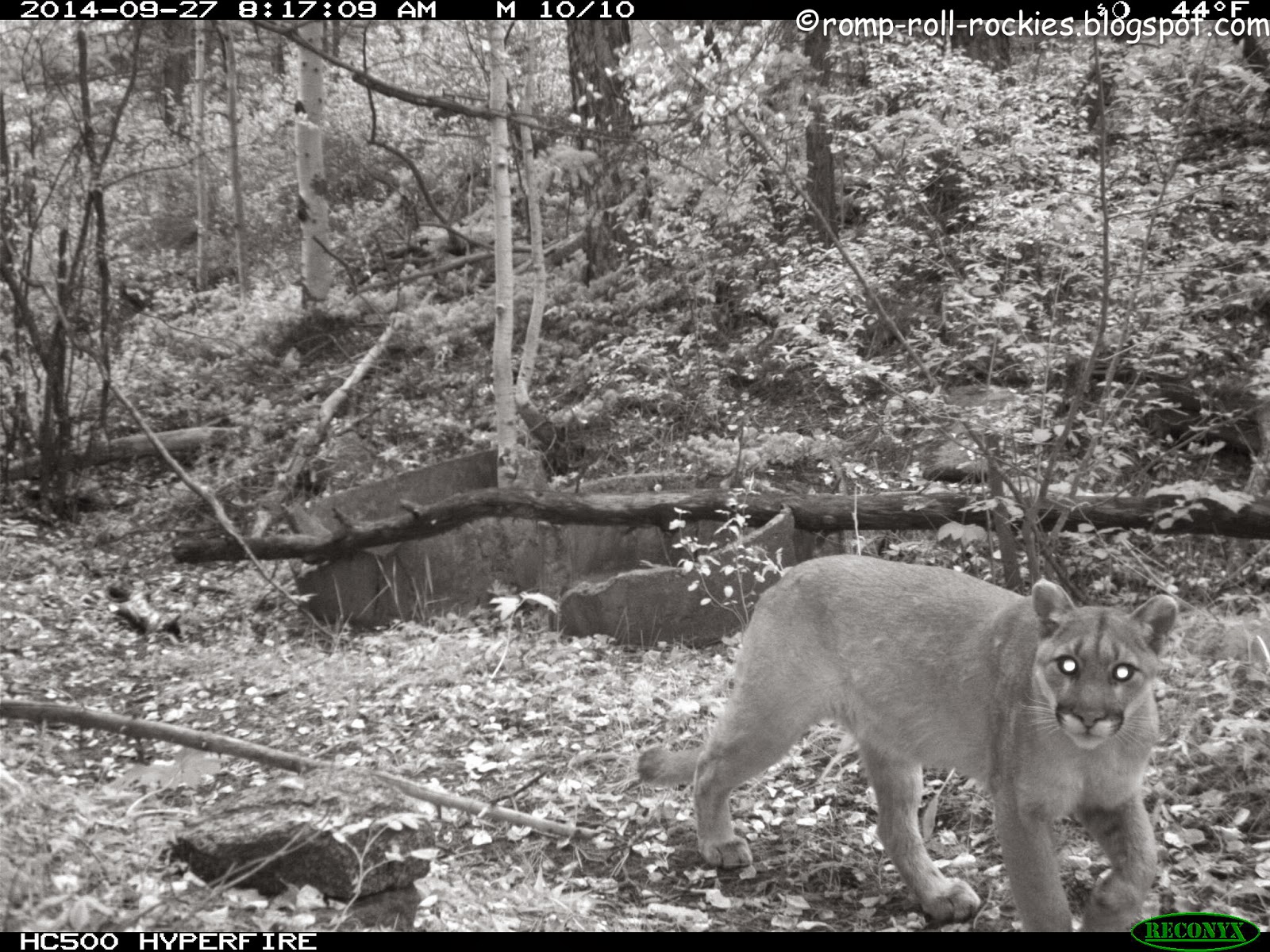 He lowered his body to move even closer. 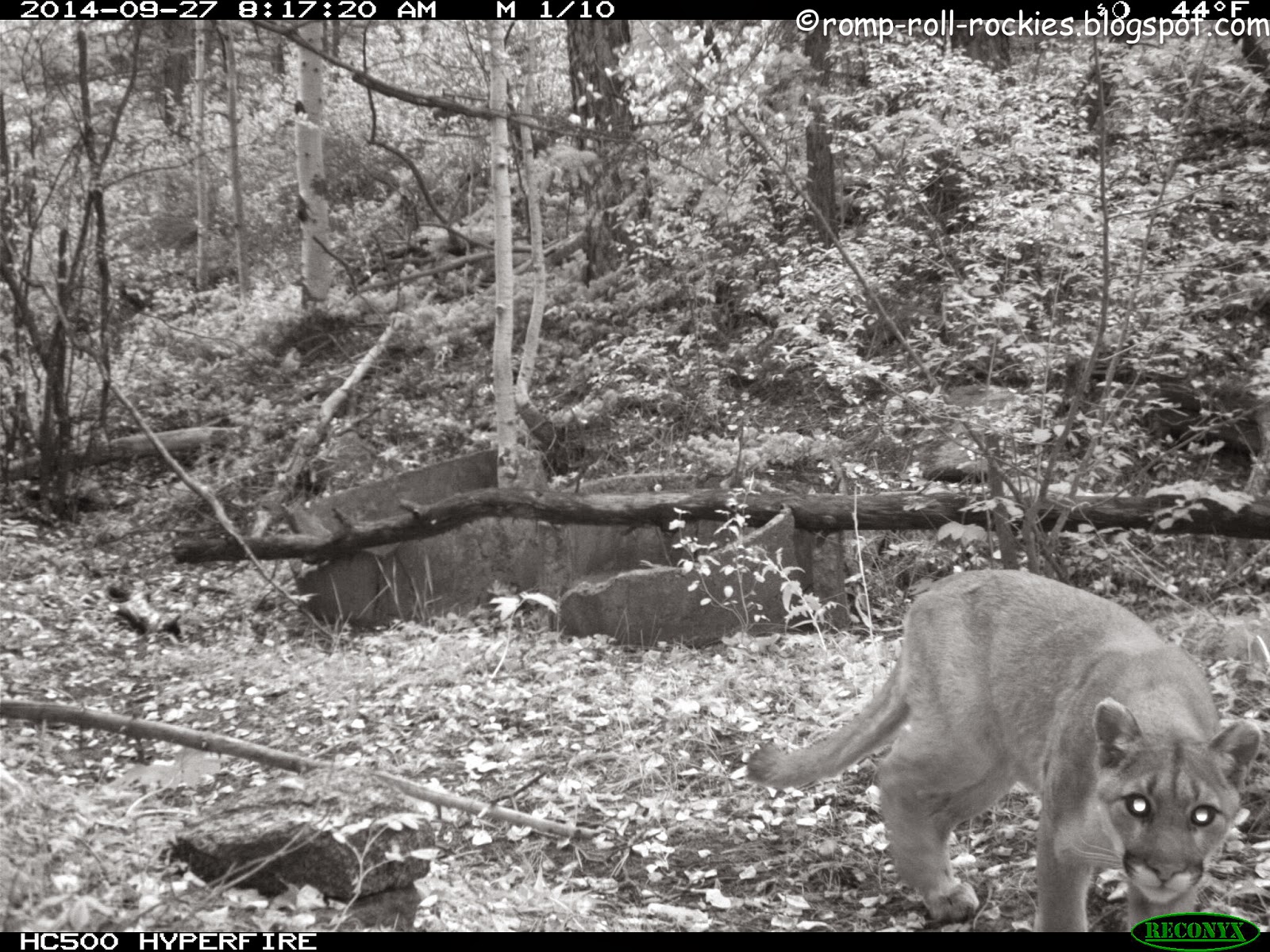 He seemed to decide it wasn't a threat. 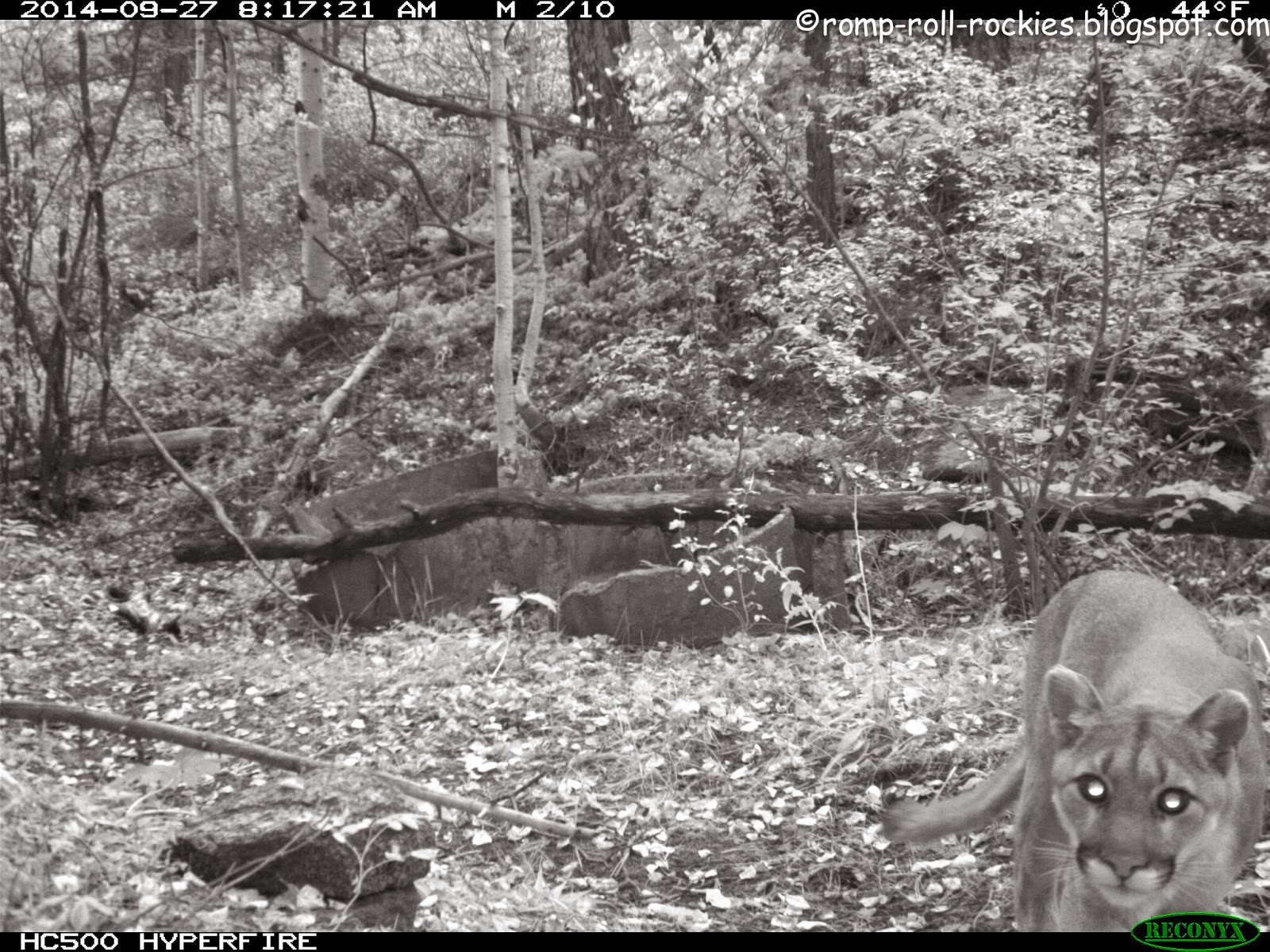 And took another step closer. He actually looks kind of cute to me, in a kittenish-way. 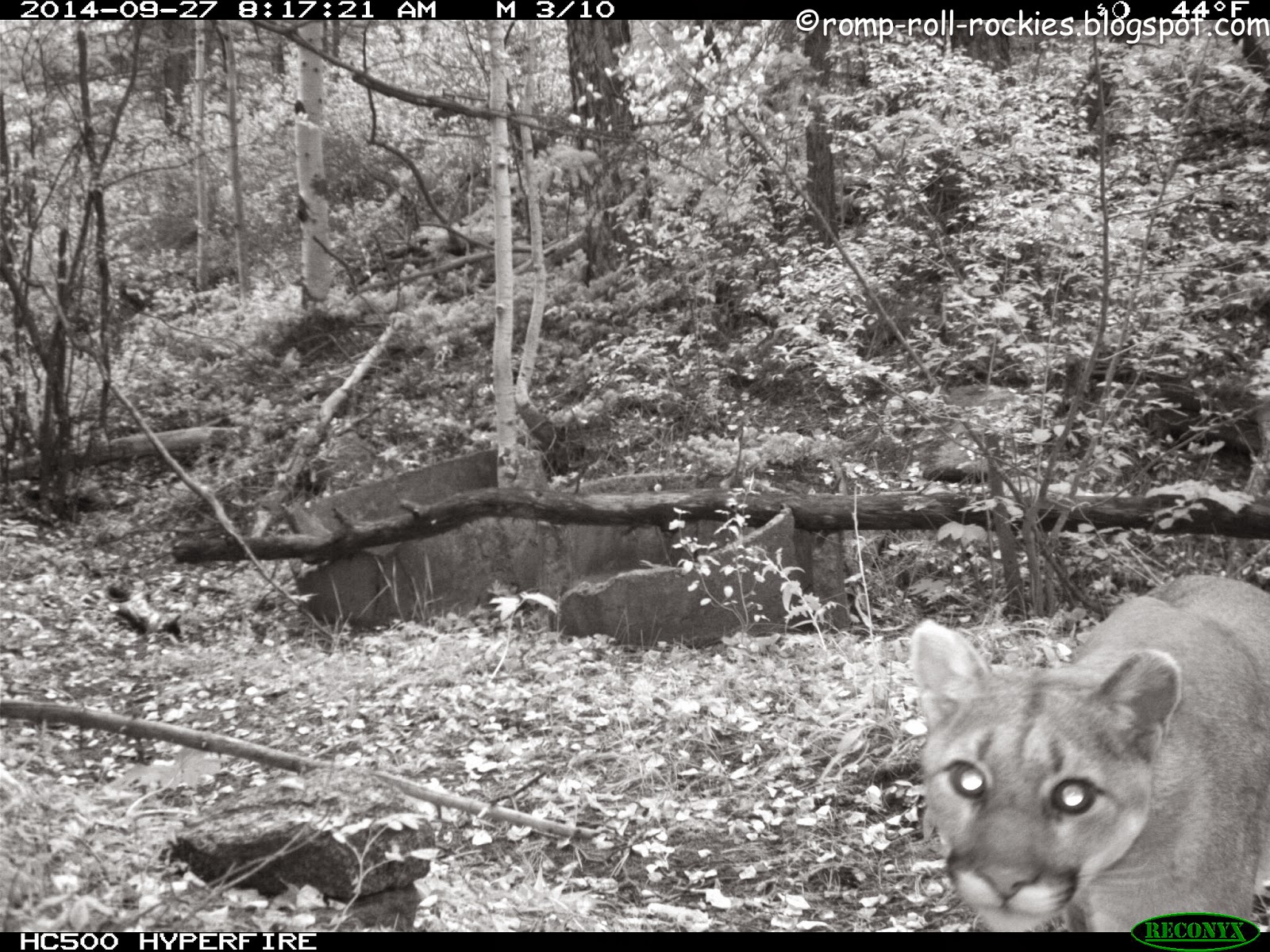 Then, he decided to rub his face and neck on the camera. I think he was marking it although it's possible he was just sniffing it. 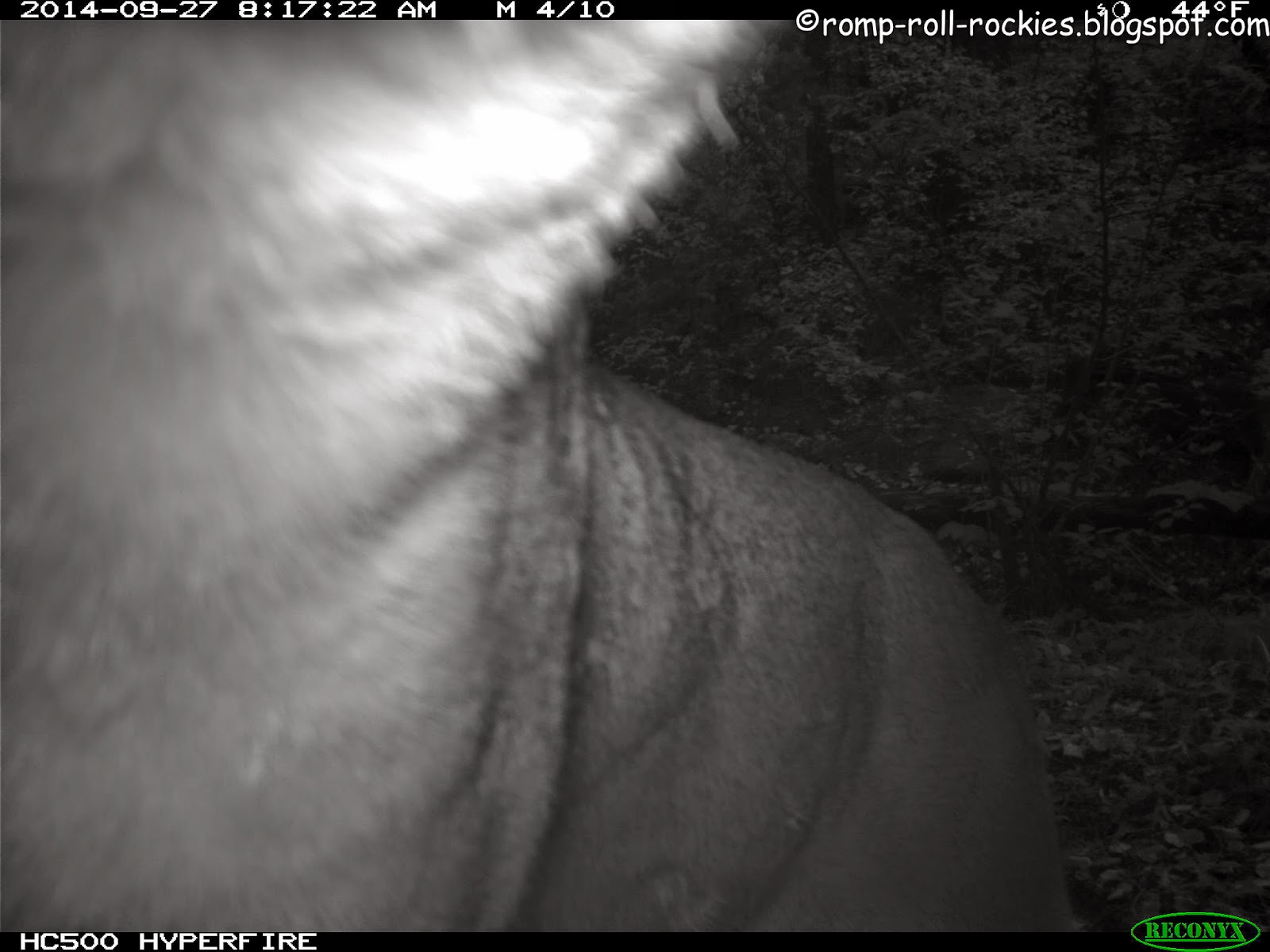 Then, he departed, with a final photo of the tip of his tail. 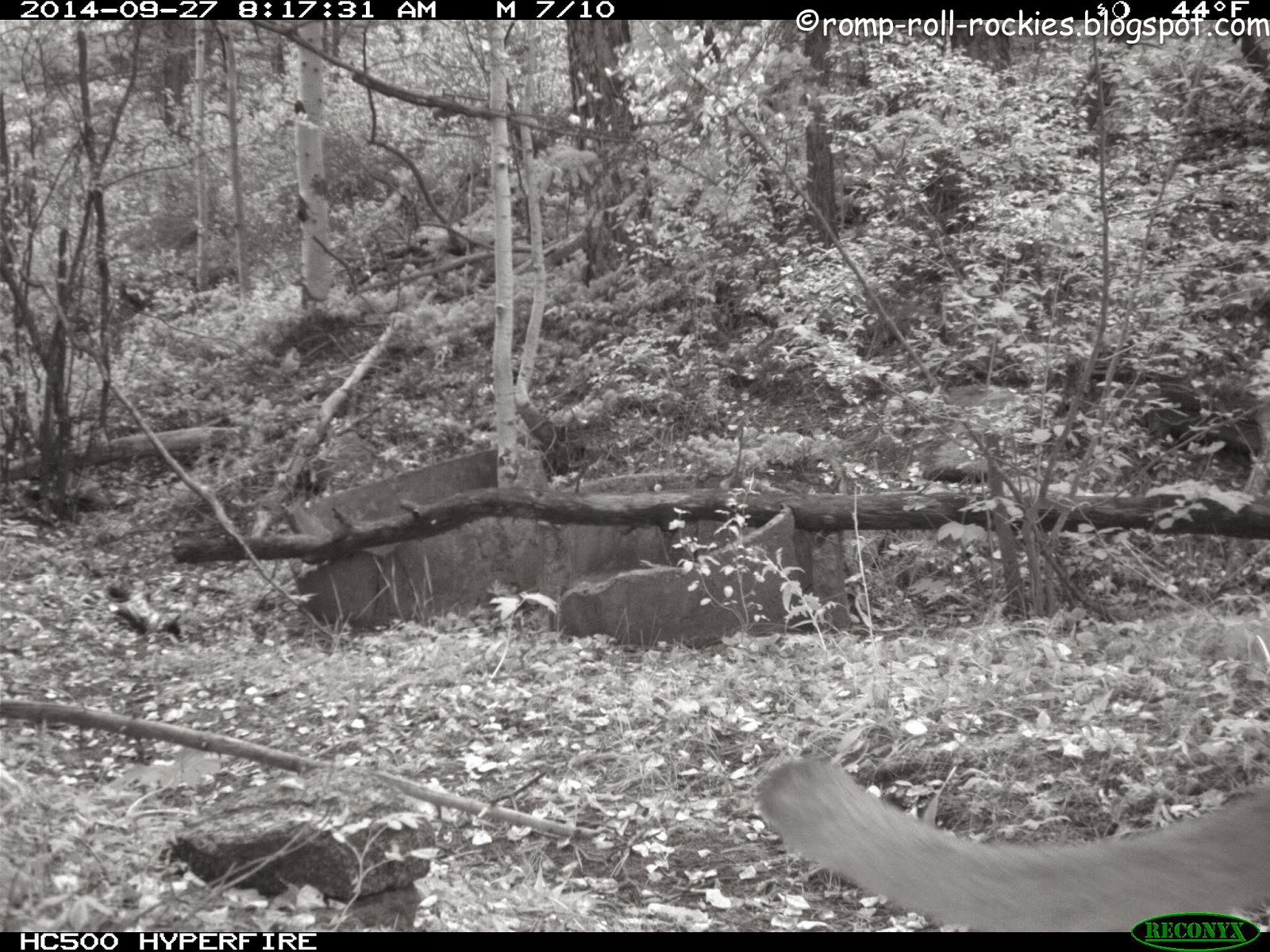 I saw no sign of his mother on that trail camera. She could have been moving on a slightly different path or they could have split up for a brief period (that's common as kittens grow up). This kitten look a little too young to be completely on his own yet.

About a month ago, I captured photos of what I believe to be an adult female mountain lion, not too far away from where the kitten was photographed. The interesting thing about the photos of the female was her incessant calling - which could have been for her kitten. Look at that gape! 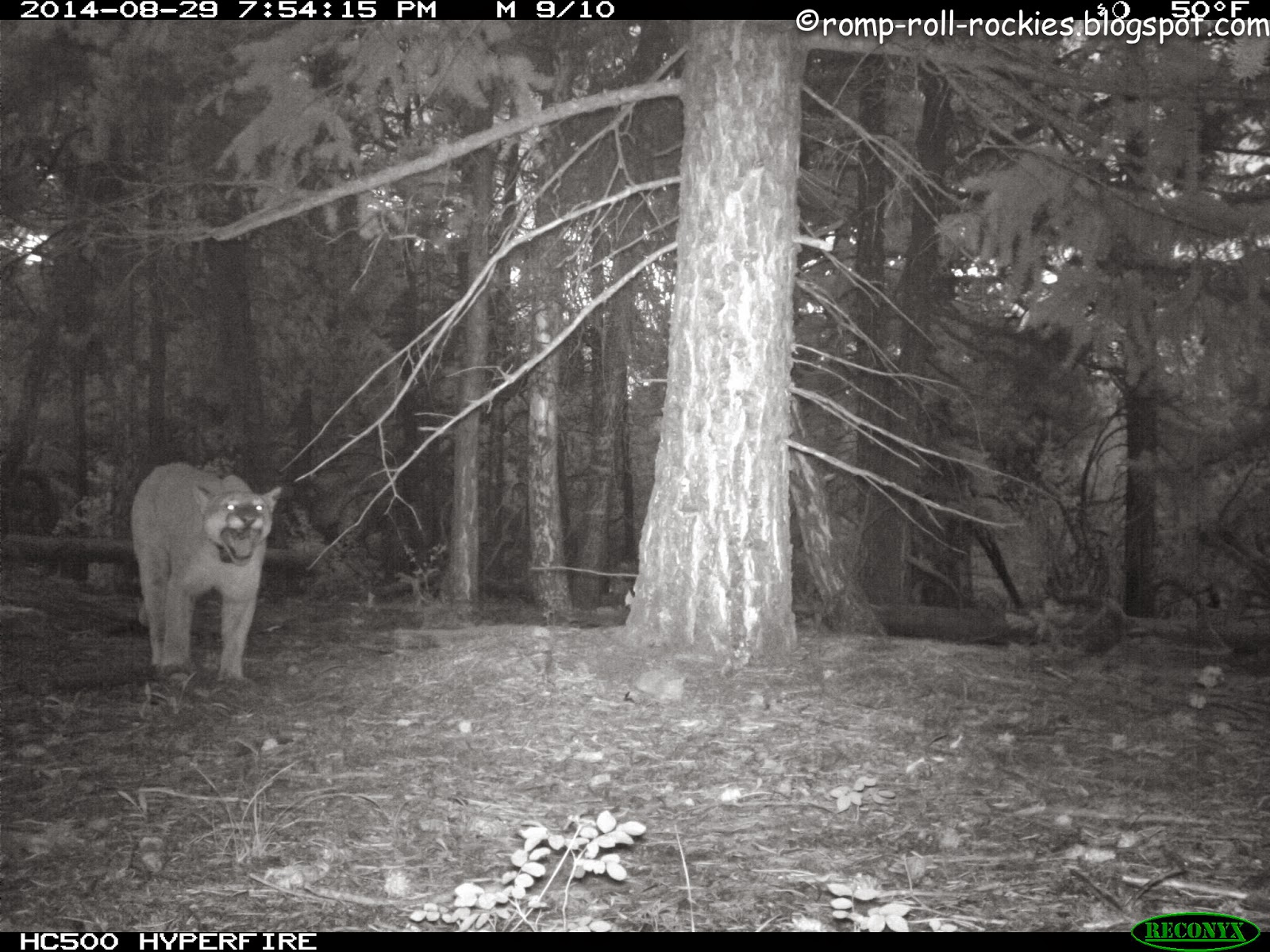 She stood in that clearing and called about three times. She let loose with her final call as she walked out of the clearing. 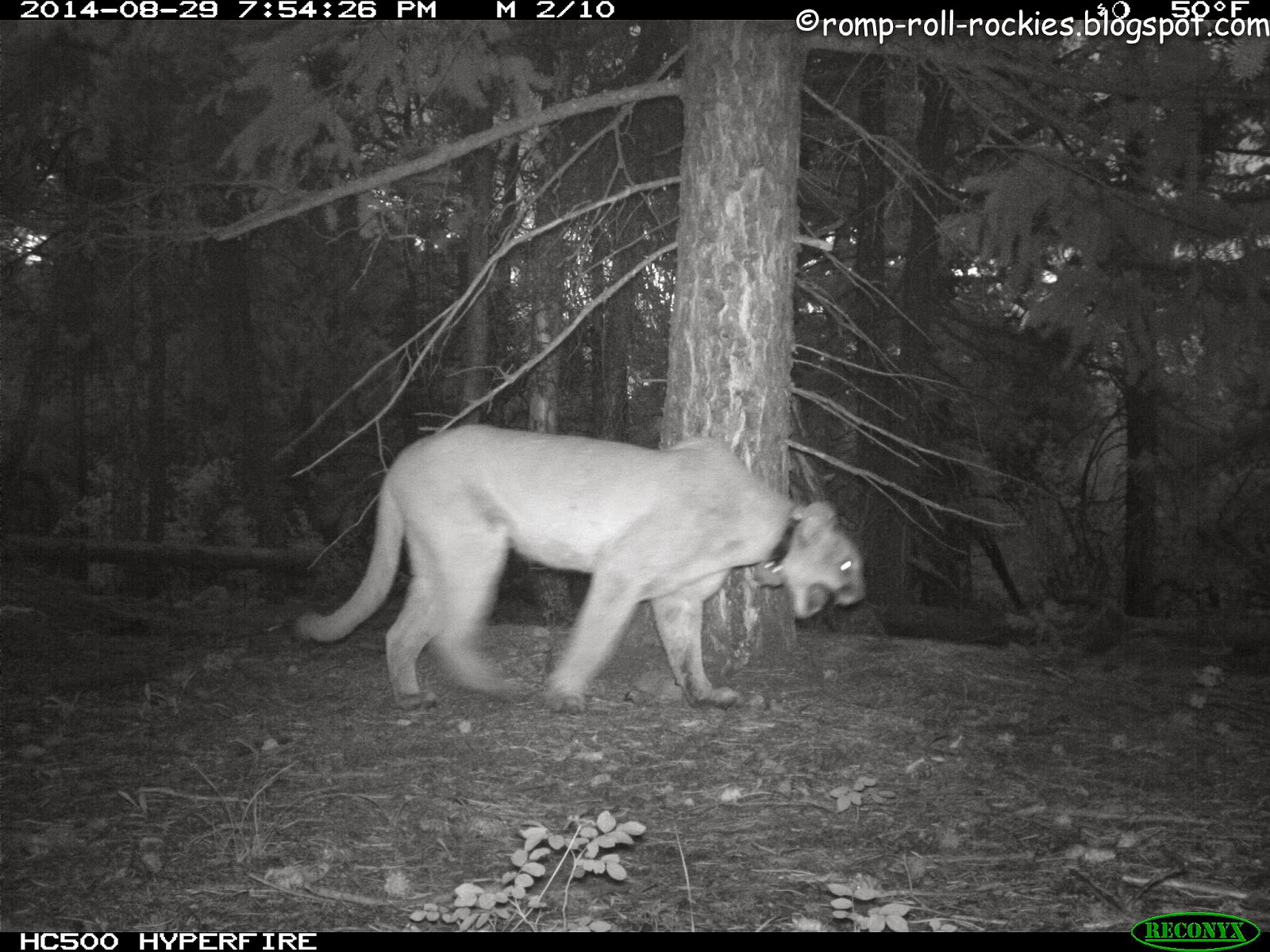 I really wished I had an audio recording of the sounds she made. I suspected that she was calling a kitten who she'd become separated from but I don't know for sure. I wonder if the youngster in the first series of photos is her kitten. It's fun to try to piece together the wildlife stories underway in our forest.

I adore finding photos of mountain lions on my cameras. The level of lion activity in our neck of the woods has been so high this year. I'm not sure why - although one notion is that some summer logging activity in other sections of the forest has caused the lions to spend more time in the undisturbed parts of the forest.

I'm being extra careful with the Duo so they aren't off-leash at the times of day when mountain lions tend to move through our neck of the woods. 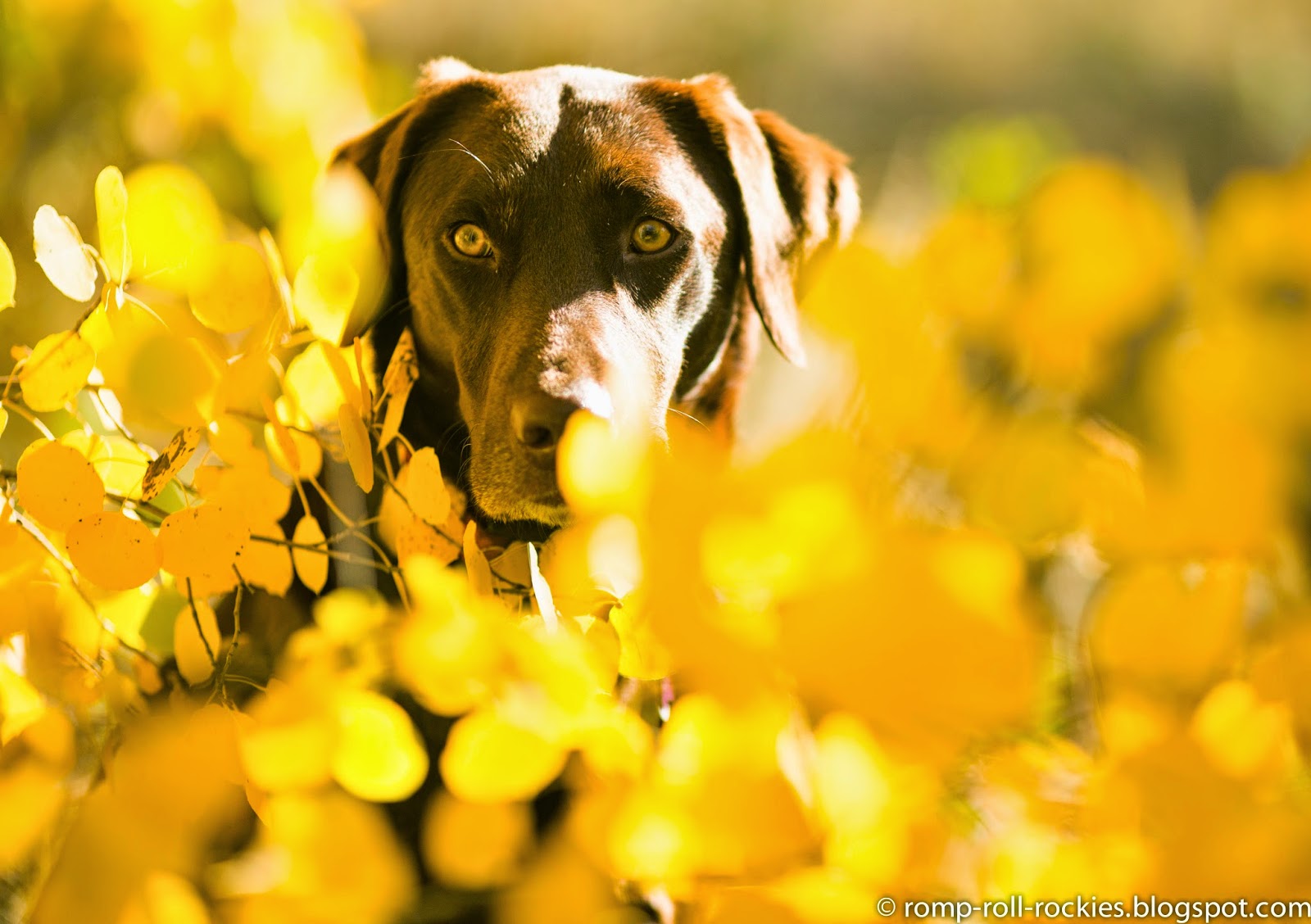