Shyla's Progress in coping with fear and in nosework

I mentioned Shyla's setback in my "wordless" Wednesday post. Many of you know that she was an unbelievably fearful dog when she joined our family at age 9 months. It took years and a ton of work but she now seems like an almost normal dog most of the time. 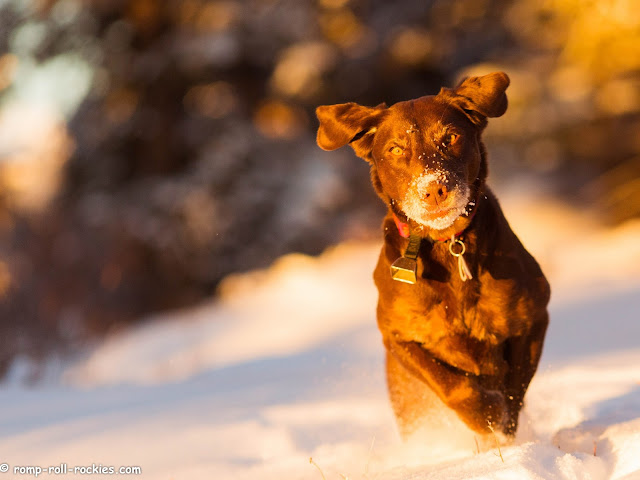 At our home, she has reached the point of accepting almost all visitors as friends. She greets almost everyone with enthusiasm and happiness.

Recently, we've needed to have some work done on our house, which has necessitated workers being inside the house for entire days. They've required access to the whole house so there was no place to put the dogs where they could relax undisturbed.

Shyla initially greeted the workers with her usual friendliness. We always explain "Shyla's Rules" before anyone meets her. They include not looking at her and not approaching her. Rather, we ask that people ignore her until she decides to approach them.

The problem started when the workers (and us) assumed that Shyla was comfortable with them after Shyla had chosen to approach them for the first time. They are dog lovers so they want to pet her during the day. To do that, they'd walk directly toward her while looking at her. Shyla twice responded by backing away, cowering, and growling at them. I suspect that their direct approach wasn't the only stressor but that the loud construction noises also had gradually raised Shyla's tension over the day.

Yesterday, after the growling incidents, I asked a worker "to pretend that there was no chocolate Lab in the house" for the entire day unless Shyla approached him to say hi. That strategy worked (and the worker complied beautifully)... and Shyla decided to approach him to say a friendly goodbye at the end of the day!

We have a few more days of workers in the house... and we'll be managing Shyla's fear as best we can. The cowering and growling incidents taught us that Shyla still has a fear of strangers ingrained in her, and we need stay vigilant in protecting her in potentially scary situations.

To help Shyla gain confidence, you all know that I've done lots of basic training with her plus some more advanced stuff like nosework. She's been doing nosework for about a year, and she can now sniff out scent sources (i.e. q-tips with oils on them) from inside closed cabinets and drawers. I am overjoyed with her progress in nosework, and how confident she is while she works.

To end on a happy note, I wanted to share a video of her doing nosework. Don't let the complicated title deter you - it's just specifying the part of nosework that we were focusing on in that day's training for a course that we were taking. I hope that you enjoy watching her work!


Since this is a Thursday, I'd like to say how thankful I am to our local trainer who has taught me everything that I know about helping a fearful dog like Shyla and also to our Fenzi instructors who have helped tailor Shyla's training to her sensitive personality.
Posted by KB at 4:00 AM