The Moon Still Rises and Sets

It's been a tough few days. From the death of my dog friend to US events, I've felt worried and sad. However, I was cheered up when I was cleaning out my photo library and saw a few photos from November's Super Moon. Some pure natural beauty was exactly what my spirits needed.

The first series of photos were from moonrise just after sunset. I love watching the progression of the rising moon as it rises above the ridge to our east. 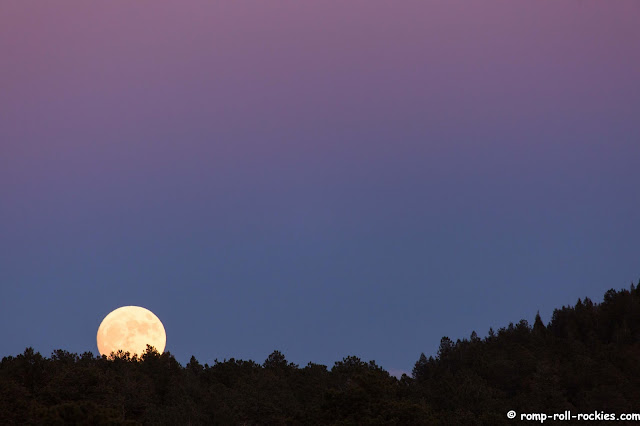 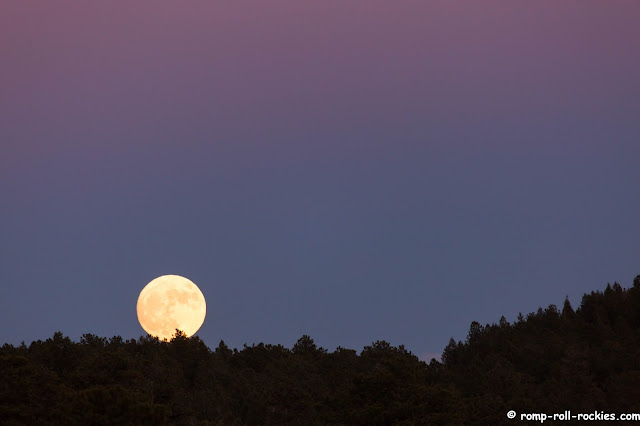 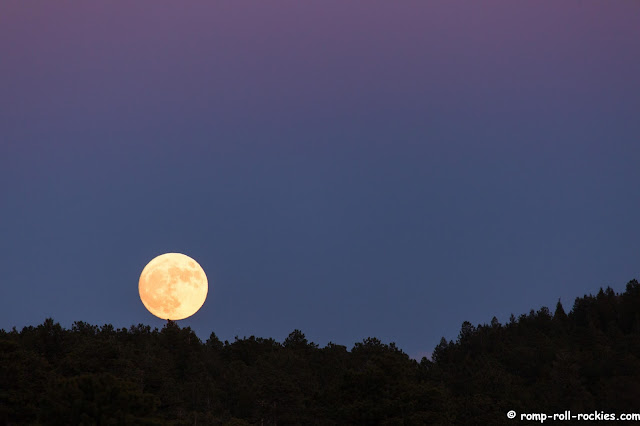 Part of why I never shared those photos of moonrise was that I captured some photos of the Super Moon setting over the Continental Divide for the first time ever. It would have been better if the moon had set just a trifle earlier in the morning but I can't be choosy. This was our first full moon rise and set without the sky obscured by clouds in more than a year! 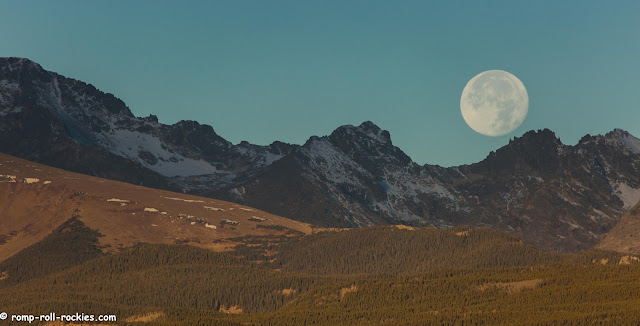 These photos remind me that, short of a world-wide catastrophe, the natural world will still keep awing me no matter what. I'm going to try to put aside the terrible visions that have haunted me recently and immerse myself in the incredible world that we have the honor of living in.

Thank you for all of your sweet comments yesterday. The German Shepherd's human feels relief that he was able to leave this Earth on his own terms. She feels that he chose to go on an adventure that he probably knew was his last. He loved our trails more than anything so I, too, am glad that he managed to spend time on them during his last day on this Earth.
Posted by KB at 4:00 AM