A Glimpse of Shyla

A good friend asked me yesterday about how Shyla is. I replied that the best word to describe her demeanor is "depressed".

On every leash walk or run, she lags behind us. During the day, she chooses to nap at the other end of the house from us. When Shyla is normal, she likes to be on a dog bed close to us.

We started off Sunday with the same routine as every day since Shyla started phenobarb. Shyla went running on-leash with the Runner, and R went mountain biking with me. The reason why Shyla hasn't been with me is that it's impossible to ride a bike in the woods with a dog on-leash.

R and I had fun in the morning sun, playing the "toss the treat" game. 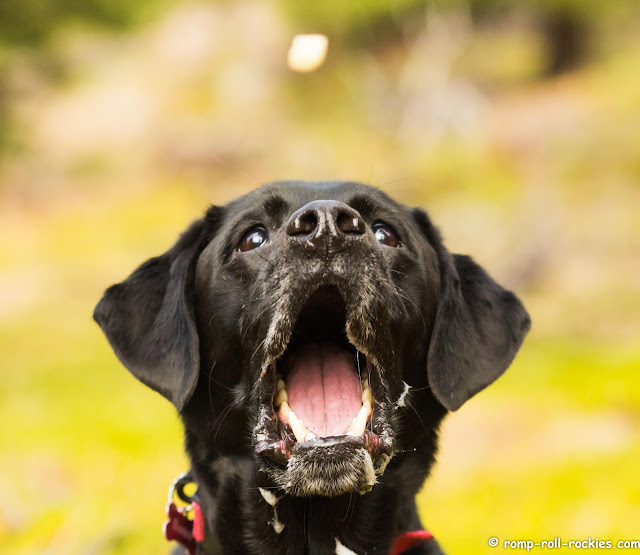 He gets very excited about this game and then begins drooling, which can look rather dramatic as he wildly tries to catch the treat. 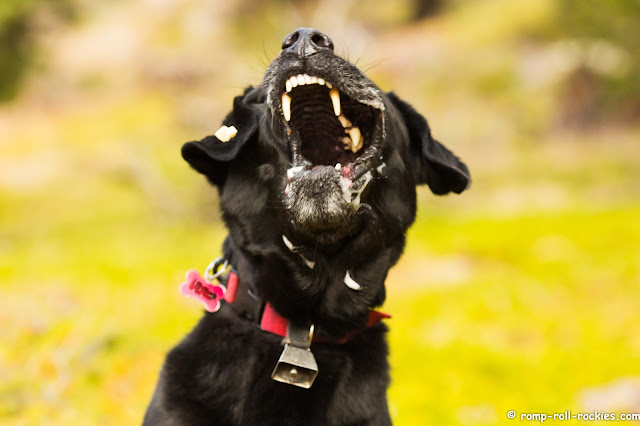 He has been such a source of joy to me through this phase when Shyla has been "absent".

When R and I arrived home, I asked about Shyla's run. She lagged but she became incredibly enthusiastic when they crossed the route that R and I had taken. Upon hearing that, I wondered if a short mountain bike ride with me might raise her spirits.

No doubt about it - our little ride made Shyla wild with exuberance. At the start, I saw her heading toward a log as she ran toward me and got a photo of her arrow-like leap over it to get to me. 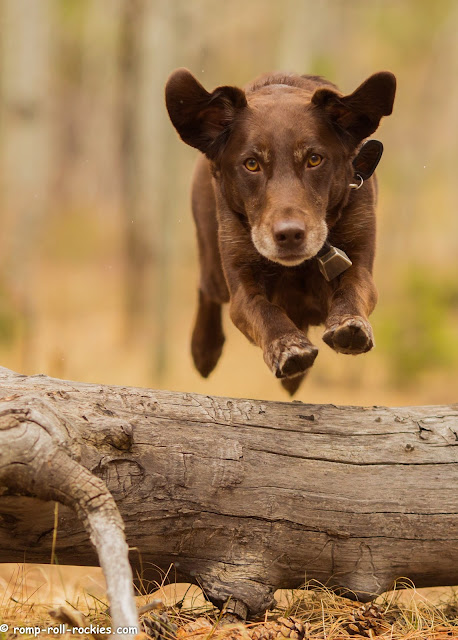 The problem was that her leap was one of the only coordinated things that she did during our little ride. I saw lots of stumbles on small rocks and high speed "slide-outs" on curves that she took too fast. The good news was that I didn't see any signs of her getting confused about her location relative to me. I didn't feel worried that she was about to get lost.

And, this afternoon, she's hanging out close to us, as if her funk is lifting. I see more of Shyla's spirit sparkling in her eyes than I have in weeks. It's going to be a difficult decision as to whether to repeat today's experiment in the coming days.

Tomorrow, we get her blood test results, finding out how her liver is responding and whether the phenobarb is at a "therapeutic level" in her blood. I think that I'll ask about whether we can consider a lower dose. We're now on Day 17, and she's not close to normal in terms of coordination. However, she's had no seizures - so it might be working.

Life is such a windy path - and I wish that I could see around the next curve!
Posted by KB at 4:00 AM