Brave Bobcats - and our Decision about Shyla's Epilepsy

Bobcats awe me. If I had to use one word to describe them, it would be "tenacious". However, I'd like a second word too - "brave". They are small but so tough, living at our elevation with ease throughout the year. 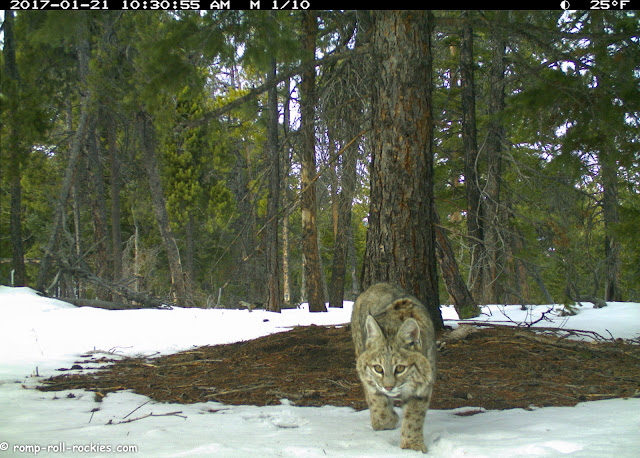 Winter around here is the slow time of year for trail cameras. Many of our animals move down lower and our bears are in their dens so I don't expect a great variety of animals to appear on my trails cams.

However, I can always count on the bobcats. Some years, I capture images of mother bobcats with their almost grown up kittens. Not this year.

This year, I've been seeing solo bobcats and lots of them. 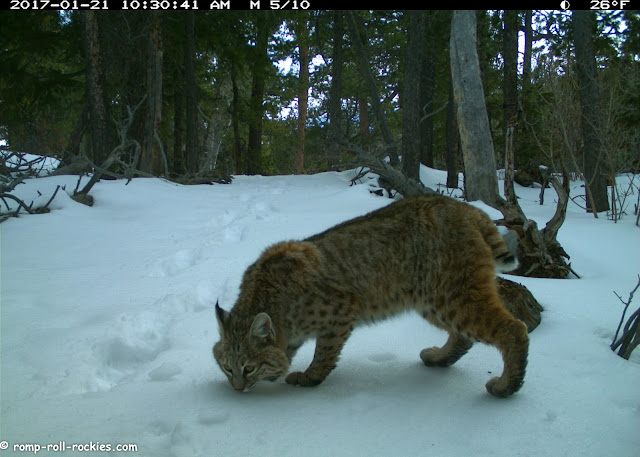 Back in 2010, I had several vertebrae in my neck surgically fused, and I couldn't ride my bike for a long time. I made it my goal to figure out the bobcat routes in our area by following their paw prints in the snow. Then, I put trail cameras on their routes. I still have trail cams on a lot of those same routes. 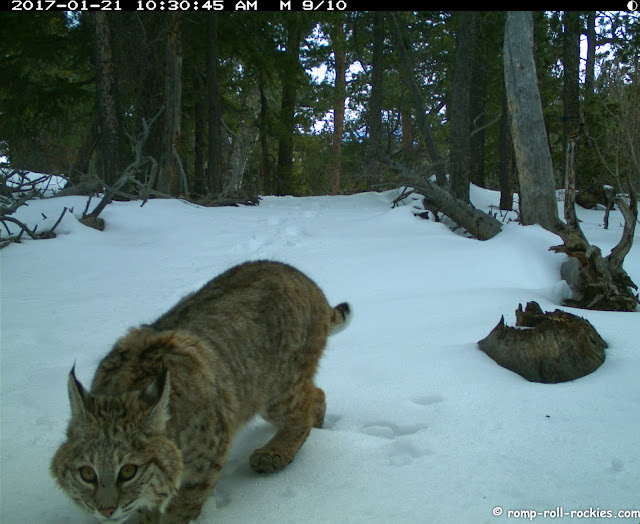 I love this photo because I'd been to check the camera within the previous 48 hours, and I'd left footprints in the snow. The bobcat carefully placed his paws into my foot prints to avoid having to walk in the deep uncompressed snow. You can see his focus on where to place his paw! 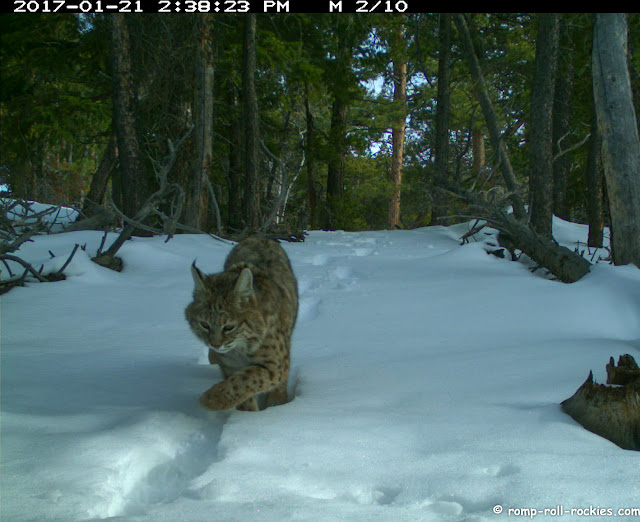 Then, once he got in front of my camera, he had to leave my tracks. It is hard work for a small animal like a bobcat to move through the forest in the snow. 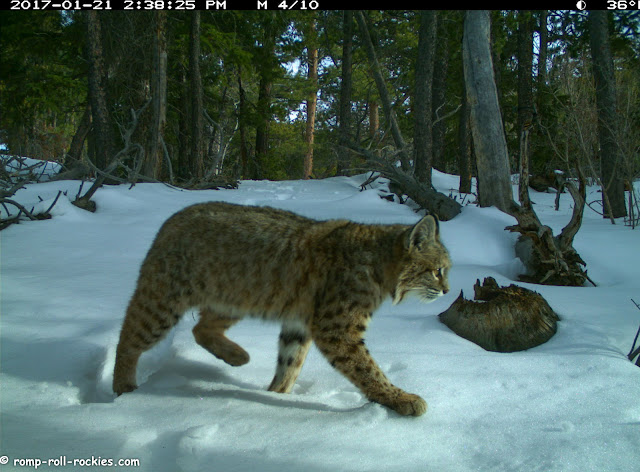 We need some of the courage of a bobcat for the upcoming weeks. 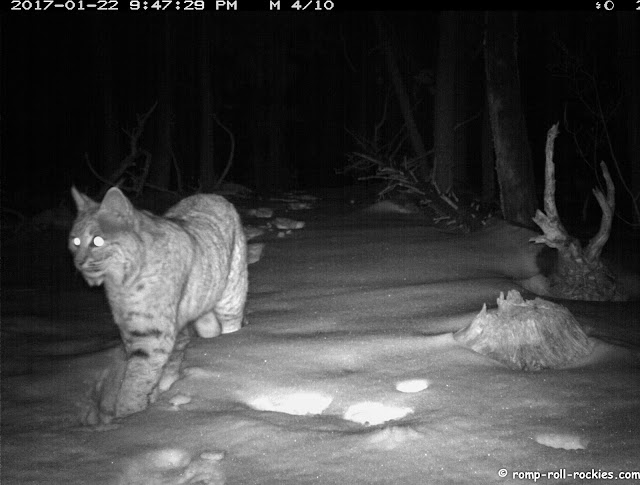 Our vets have concluded the the usual first anti-seizure drug is not doing a good enough job for Shyla. That means that she's going to start a much stronger drug that has serious side effects for the first two weeks that she takes it. Then, the side effects usually go away.

I've known a couple of people whose dogs started this drug for epilepsy, and I saw the people in tears in those first two weeks because their dogs' spirits seemed absent from their bodies. Moreover, their dogs were clumsy - moving like they were drunk. Phenobarbital is a strong drug but most dogs eventually adapt to it. 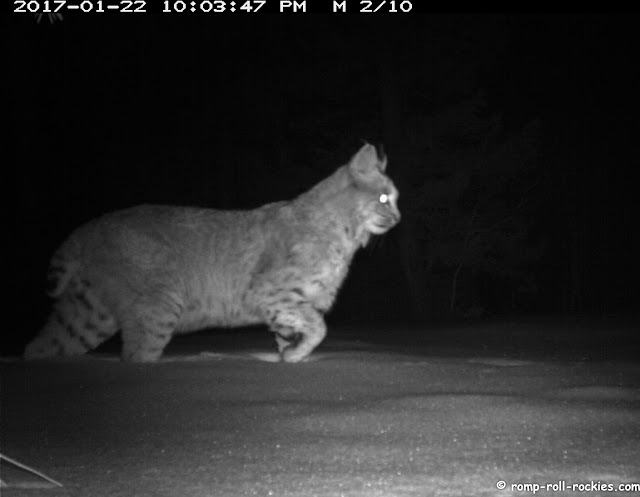 Despite that initial awfulness, we've decided to start phenobarbital for Shyla. She won't be allowed to do very much for those first two weeks so our lives will be dramatically altered for a little while. 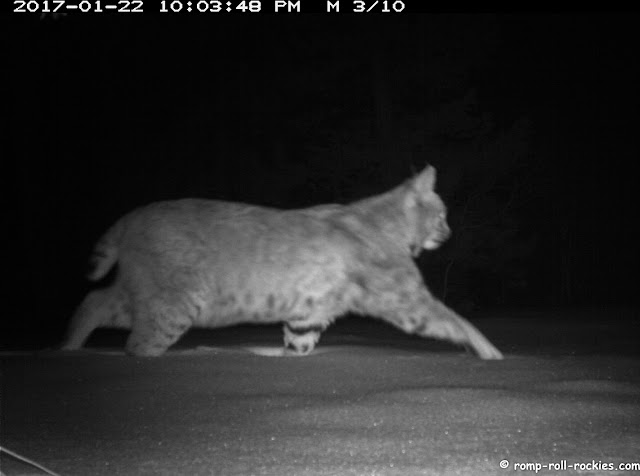