Shyla's first phenobarbital pill was yesterday morning. She's not allowed to mountain bike with me for up to 2 weeks after this first pill because she can't be off-leash. She'll be "drunk" so getting lost or hurt is an issue. So, yesterday morning, we got up early to get in a fun ride before the first pill. I love having her company on my bike rides. It makes them so much more fun! 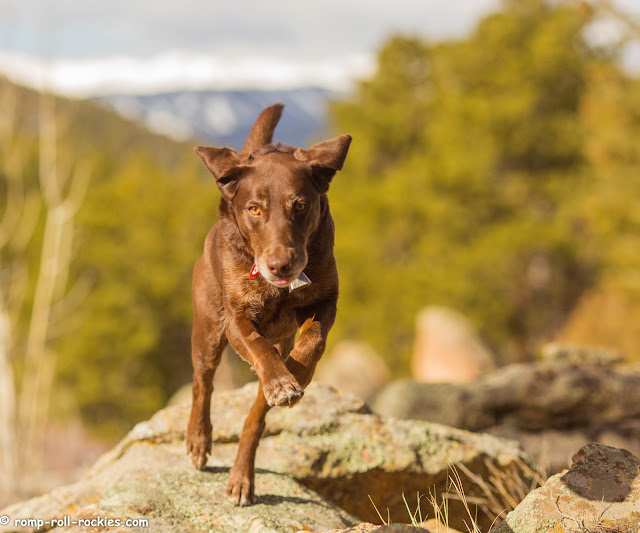 She did a serious leap at one point in our ride. I adore seeing her FLY! 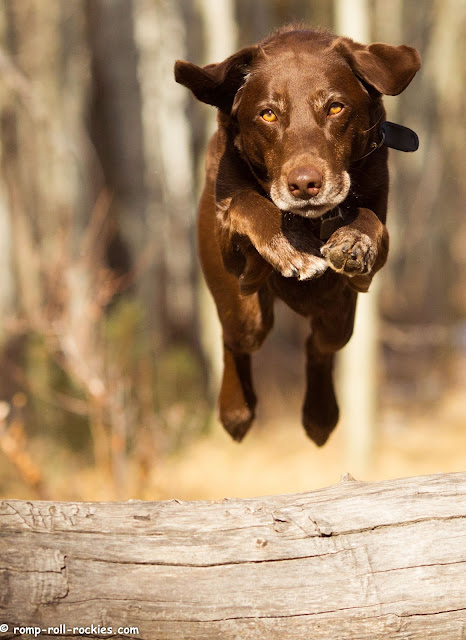 As we finished our ride, I looked up and saw an intense Sun Dog. Sun Dogs occur when there's a lot of moisture in a cloud so the sun going through it produces the colors of the rainbow. Actually, I'd prefer just to view it as a good luck charm! 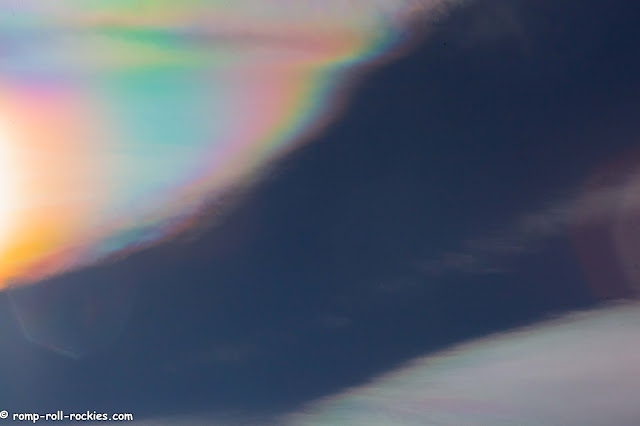 At the appointed time, I gave Shyla her first pill of phenobarb. After that, she had a quiet day. She wants to be in contact with me or R at all times so I know that she's feeling a little off. However, she appears to be walking pretty well so perhaps the clumsiness won't be too bad for her. At this point, I'm a little hopeful that she won't get the terrible side effects that I've been warned about. 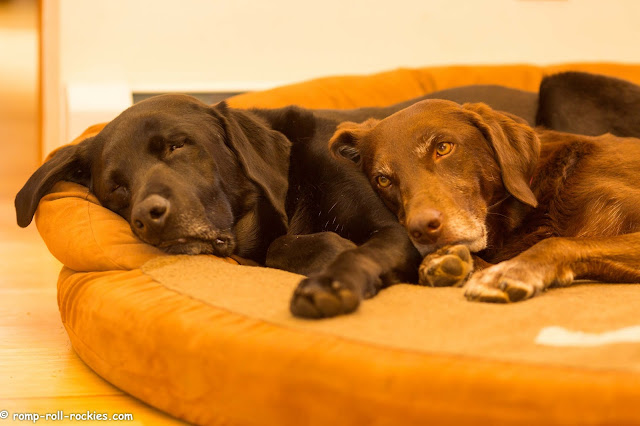 I had an inkling ahead of time that we might be headed into a rough patch. Consequently, I did some extra fun things with her in the time leading up until now, and I did a lot of nosework puzzles with her. Over the next two weeks, I'll probably share photos and videos from our fun times over the last little while. I also hope to get to take R on a mountain bike ride every now and then.

A whole two weeks of photos of Shyla looking stoned or sleeping might get a little boring!
Posted by KB at 4:00 AM