We have had a frightful period of warm, dry, and windy weather. It's produced the earliest spring signs that I've ever seen. It's scary - to be honest. At this time last year, we were dealing with several feet of snow on the ground.

Alas, there is a lot of snow in our upcoming forecast so perhaps our terror of potential wildfires will let up. My favorite forecaster says that some models have 4' or more snow falling here over the next week. I am so hopeful that his forecast is right - and our world will get the water it needs.

Because I can't change our current weather, I'm choosing to be thankful for it as I sit our deck typing! We have mountain bluebirds here already. Their plumage is so brilliant! 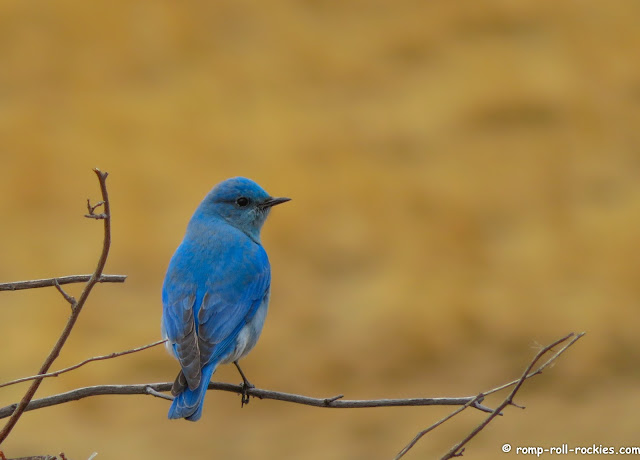 Don't worry about them - they flee to lower elevations during our spring snow storms.

Like every year, they don't love having their photos taken so this one took off just after this photo. 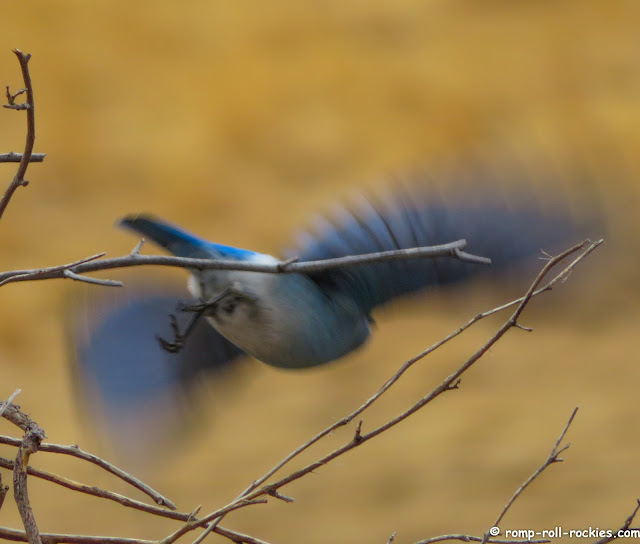 And, our wild crocuses are starting to bloom. 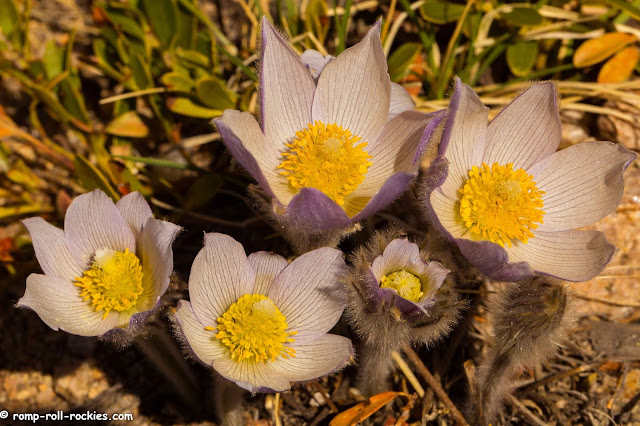 I was down on the ground admiring the flowers when I saw a tick perched on one. Yuck! We shouldn't have ticks this early in the year! 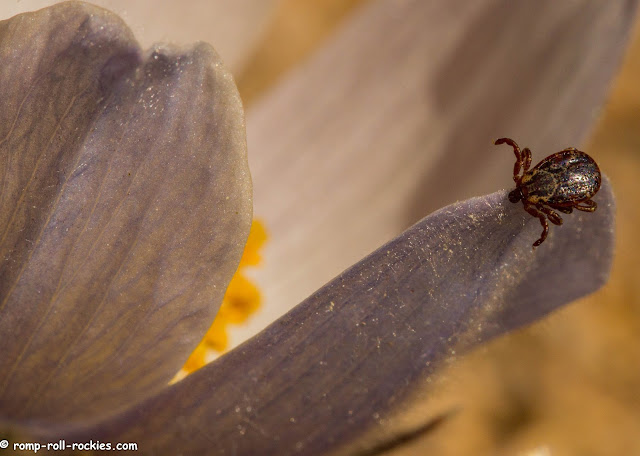 Most years, we are inundated with snow now, and I feel like winter will never end. For the first time, I planted amaryllis bulbs timed to bloom around when the late March "endless winter doom" feeling hits me. The joke is on me because they are blooming now, and we have wild flowers outdoors! 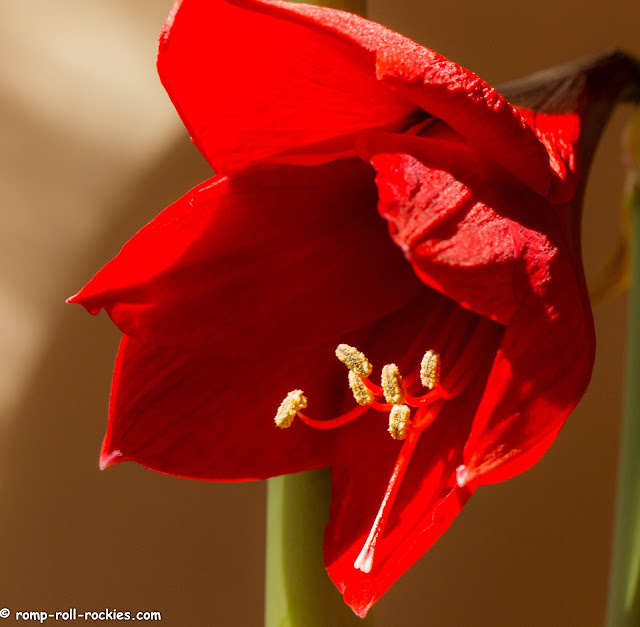 As it is thankful Thursday, I don't mean to sound like a broken record but I am SO grateful for the time I've had with R while Shyla has been sidelined by the side effects of phenobarbital. I love our black dog, and he's made me smile almost everyday even when the blank look in Shyla's eyes has made me want to weep. 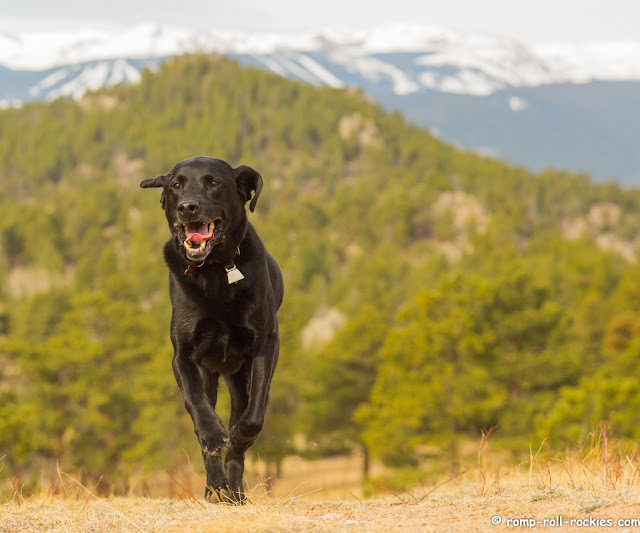 Our vet and others have told us stories of people who gave up on phenobarbital during the adaptation period - and so they never found out if it would stop their dog's seizures. They feel that their dog's spirit is gone forever. I totally understand their decisions because it does feel as if Shyla has been "absent" during this phase - and that would not be an acceptable state in the long term. I am so thankful for my vet and my friends who keep reminding me that Shyla will almost certainly be back just like the millions of epileptic dogs before her who have started this medication.

In fact, in the hugely thankful category, I think that it's starting to happen. Shyla has a sparkle in her eyes for more of the day now, and she runs around with toys at random times (not just during her golden 30 minutes in the morning). Her coordination still isn't up to par - she often stumbles and slips while playing - but I'm so glad that she wants to play.

I hope that we'll be able to let her romp outdoors again sometime soon!


Thank you to Brian for hosting this blog hop!
Posted by KB at 4:00 AM