R decided that it was time to make his voice heard the other morning. 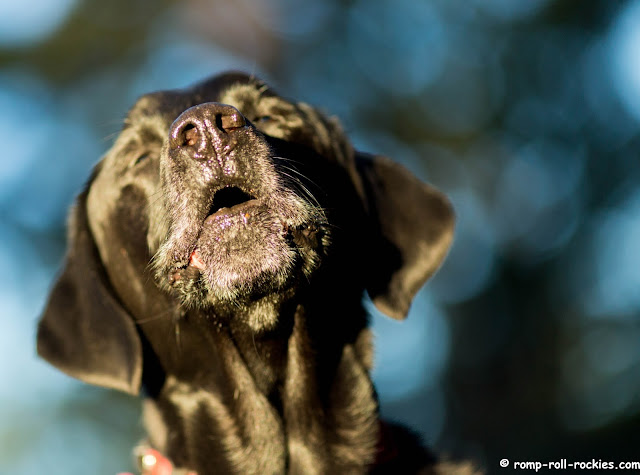 He makes me laugh and laugh when he gets into this kind of mood. 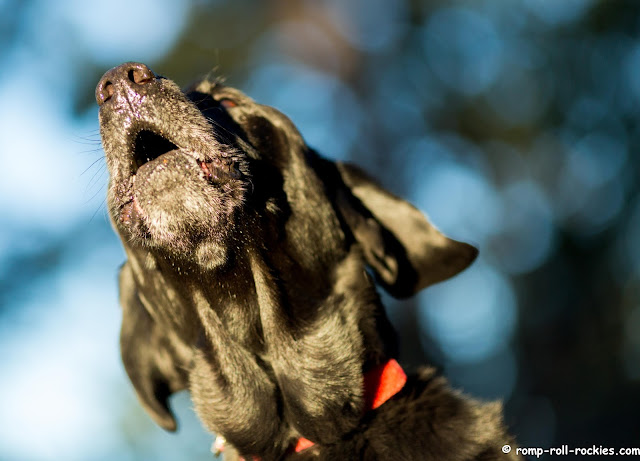 At one point, he decided to shake his head while howling, which made for a very goofy look! 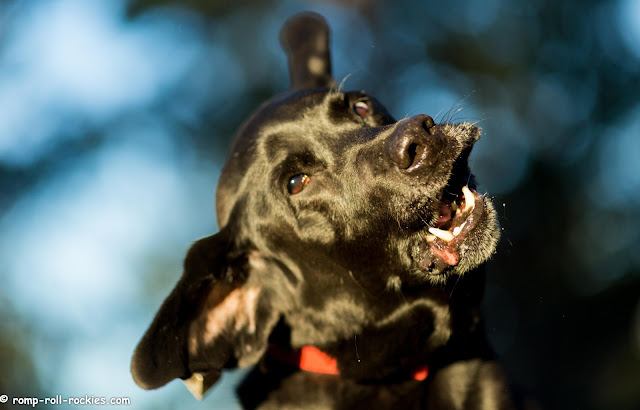 Then, during a later break in our mountain bike ride, he howled while waving. R is such a character! In contrast to Shyla who tries incredibly hard to do exactly what I'm asking her to do, R takes creative license. I like it! 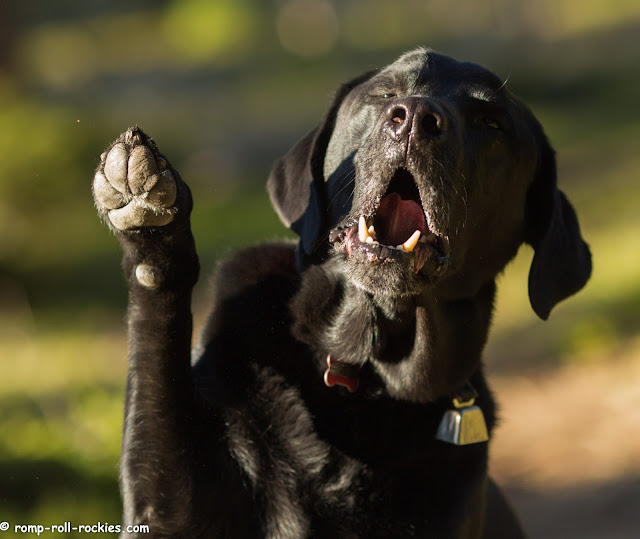 On the topic of Shyla, we haven't learned as much as I'd hoped that we would by now. Our regular vet is away, and she is usually the one who gladly answers my many questions. I did learn that Shyla's phenobarbital levels are "within therapeutic range" for preventing seizures. The question that I didn't get answered was whether we can consider reducing her dose given that the side effects are still so strong. Another vet is working on this question for me, trying to get Shyla's neurologist to weigh in.

It's been a tough couple of days because I'm not feeling very well and we're still worried about Shyla. This photo seemed to match my mood when I took it yesterday. 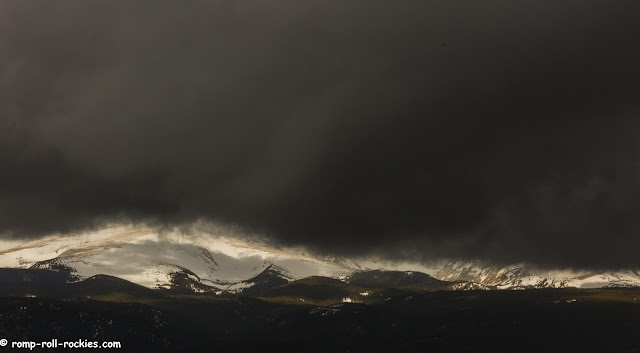 It is a photo of the snowy peaks of the Continental Divide with dark storm clouds gradually engulfing them. We have snow in our forecast for three of the next four days. That's a good thing in terms of keeping our neck of the woods moist and healthy - although it is mentally hard to accept going back to winter after having tasted springlike weather!

Let's hope that good health will return to our pack and to the very dry world around us!
Posted by KB at 4:02 AM