During a recent snow storm, my trail camera captured a series of photos of a mother moose and her calf. They passed the camera once early. 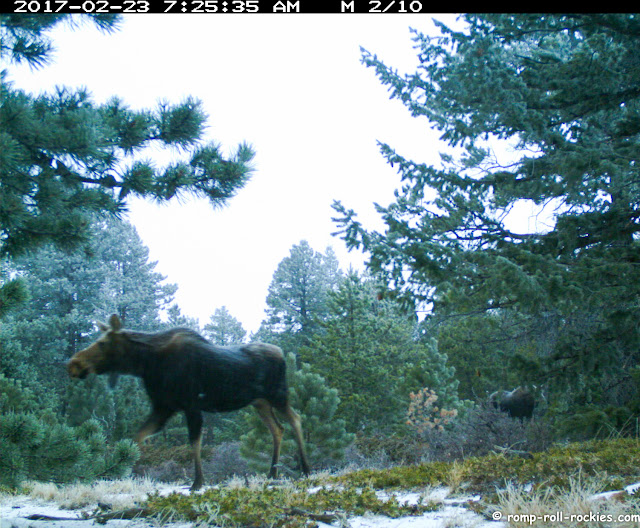 And then they passed it again after it had started to snow hard. The calf is in front. Look how snow-covered she is! Both moose were focused on something down in the forest. They stood like statues staring toward something. 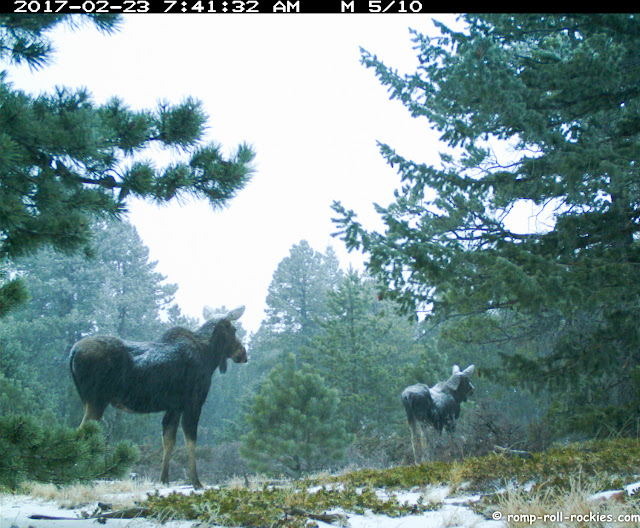 After a couple of minutes of staring down into the forest, mom decided to reverse course. 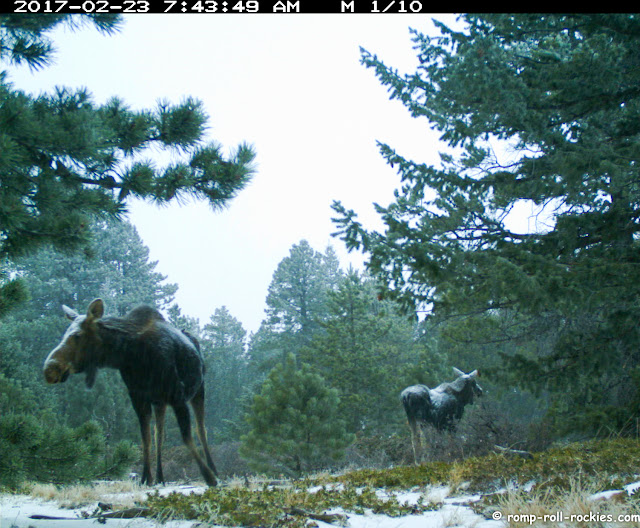 She left her calf still completely enthralled by whatever was down in the forest. 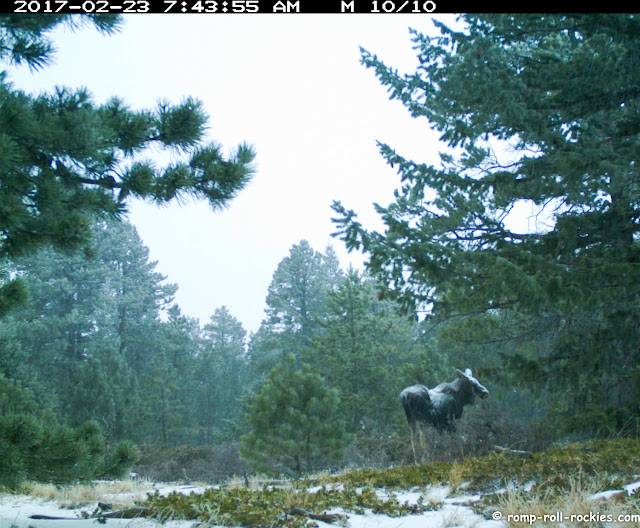 Then, they both disappeared for about a half hour. Mom alone came by the cam a bit after 8AM, with her face covered in snow. 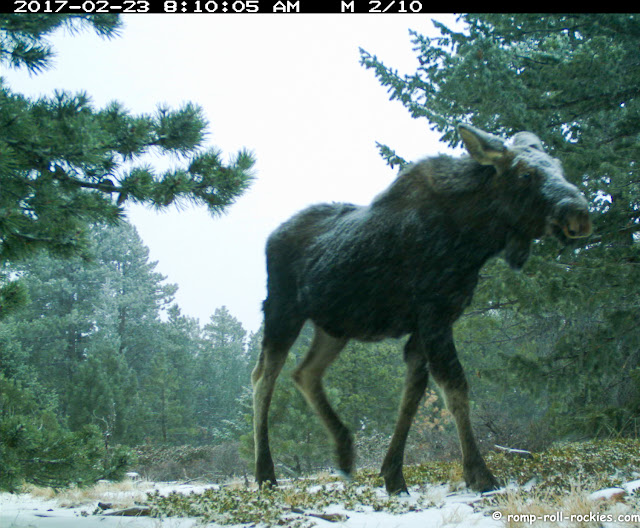 She and her calf must have been foraging in this area just out of view of my trail cam because the mother moose appeared again another half hour later. Now her sloped back and the back of her ears were covered in snow. 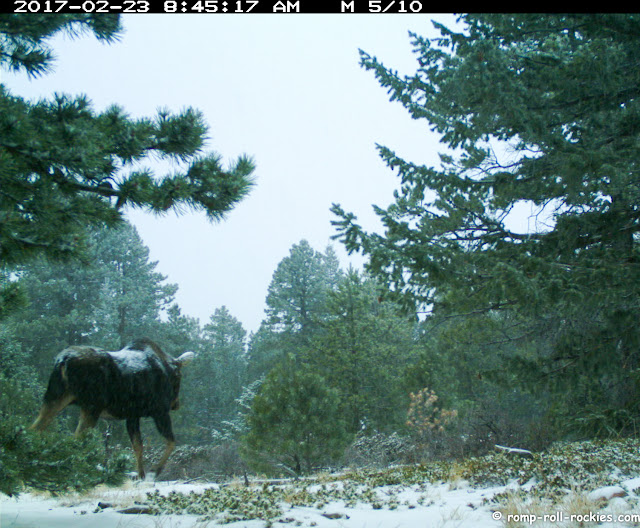 She gave my camera a cursory glance. 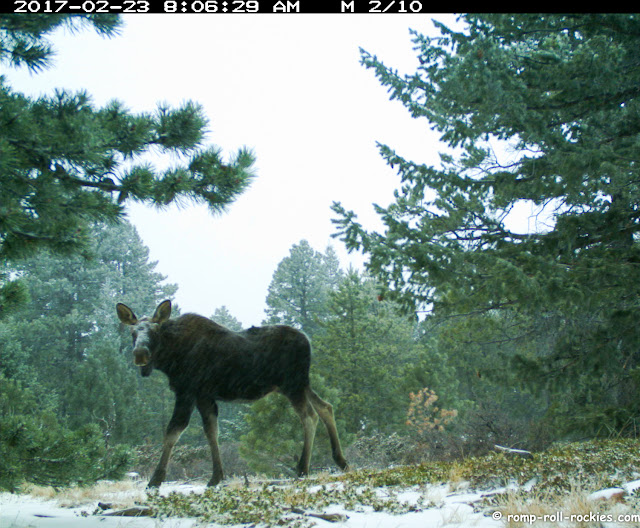 And did a quick loop around it, giving us our final view before she and her calf must have moved on. 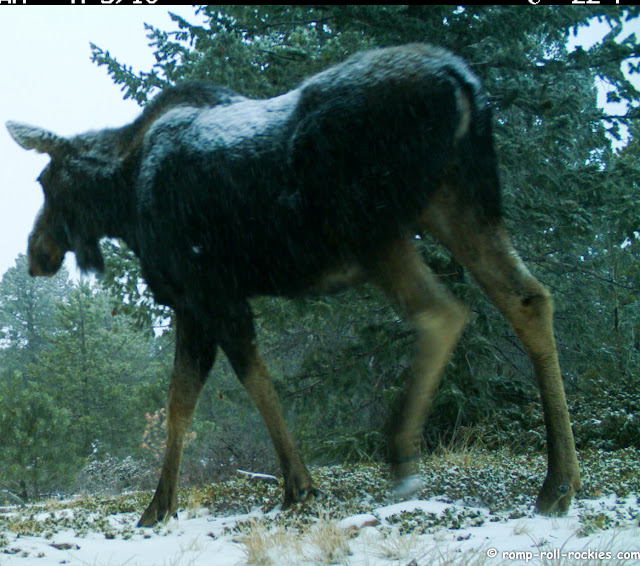 I saw a pair of moose during a snowstorm in late February. I loved their snow covered faces but I didn't manage to get my camera out fast enough to capture an image before they disappeared. I'm so glad that my trail camera got images for us all to see.