Moonset and Sunrise with Shyla

Shyla and I were out before sunrise yesterday to see the full moon set over the snowy mountains. I was sad that it didn't set over the more craggy part of the mountains but it was still beautiful.

We sprinted up to a lookout point, and we barely made it in time. The moon waits for no one, and it sets about 20 minutes earlier than the published time if you live in the shadow of the Continental Divide.

This was the first photo that I took.

It's not a "super moon" but it still looked massive over the Continental Divide. Here was a wider view, with our local ski area in the far left of the photo.

Within a minute or two, the beautiful moon was disappearing below the Divide. 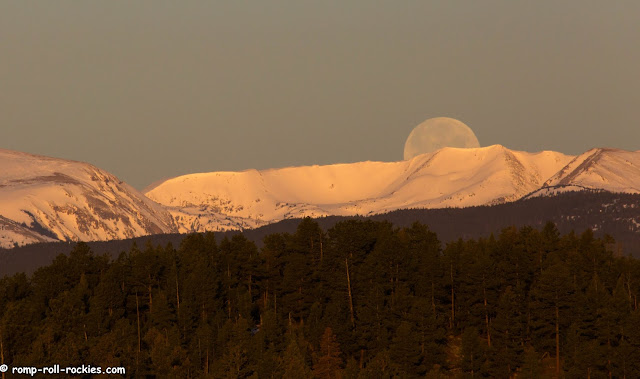 I first became interested in photographing the full moon about 18 months ago. Since then, we've had only three full moons when the horizon was clear enough to see it rise and set. I didn't know that a clear horizon for a full moon was so rare!

After the moon had set, the sun was rising, and Shyla and I had a little photo shoot in the shadowy light of the early morning. 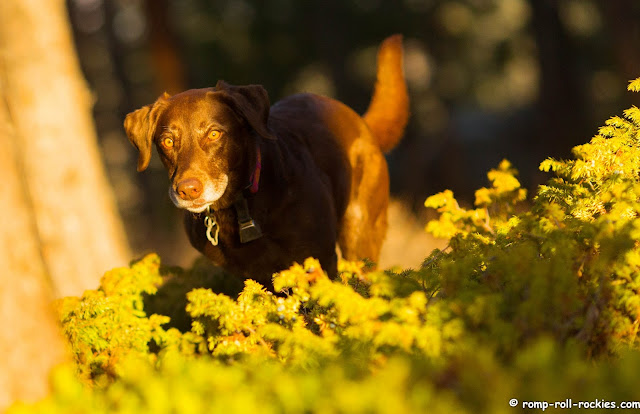 Our epilepsy ordeal has truly shown me how much I've grown to love Shyla. I still miss the little pieces of her that the medicine has stolen and hasn't given back to us yet. However, I appreciate each morning that we can spend in the forest together. 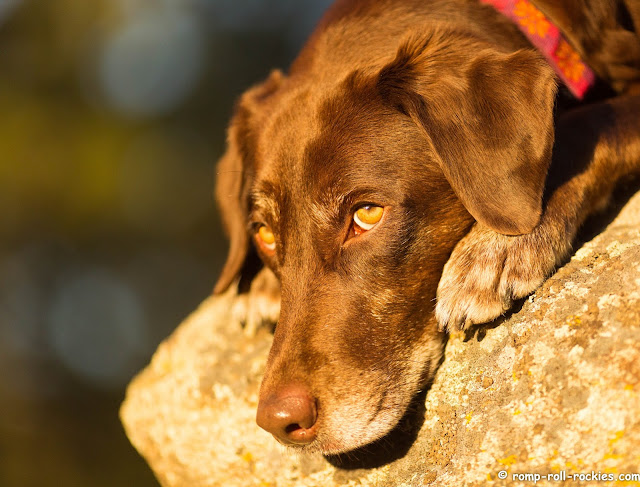 I've noticed in our recent outings that she is more focused on me than in the past. I used to get lots of photos of her gazing off into the distance, as if I wasn't there. Now, she seems to want to keep me in her view, like in the photo above. She didn't look straight at me but she also never looked away.

That's just one tiny hint of how strong our bond has grown.
Posted by KB at 4:00 AM