Strife within the Elk Herd

Recently, our elk herd was just hanging out nearby. 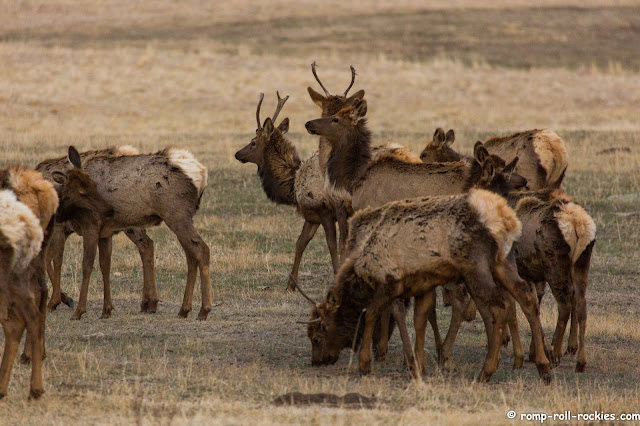 They gave me the impression that they were unconcerned with me but this elk's ears told the real story. It's amazing how she could twist them around to listen behind her. 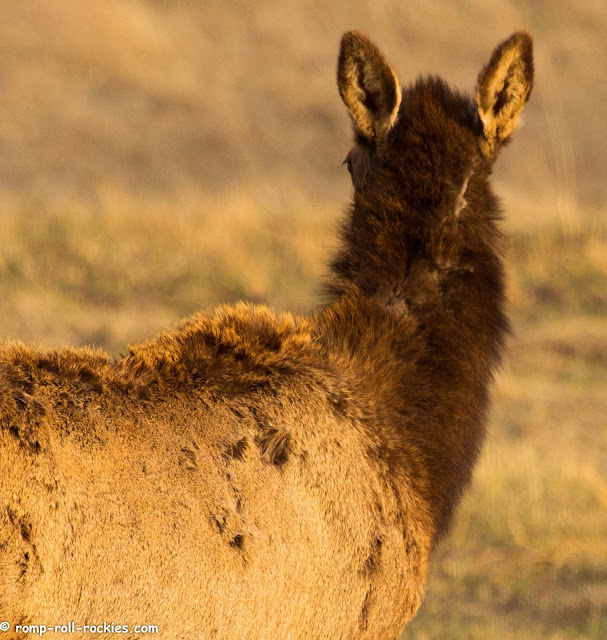 Then, in the part of the herd that was in the shade, I saw some commotion. Suddenly, two cow elk reared up and began sparring. They appeared to be doing something with their mouths in addition to flailing at each other with their hooves. 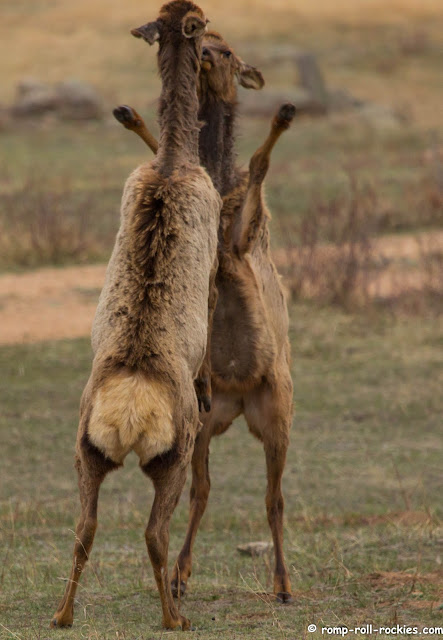 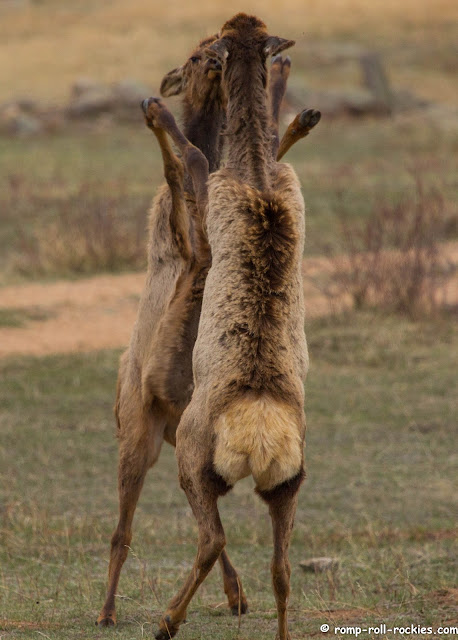 It appeared to be an almost choreographed dance but the intent was definitely not completely friendly. I suspect that these two cow elk were fighting over something having to do with their herd status. 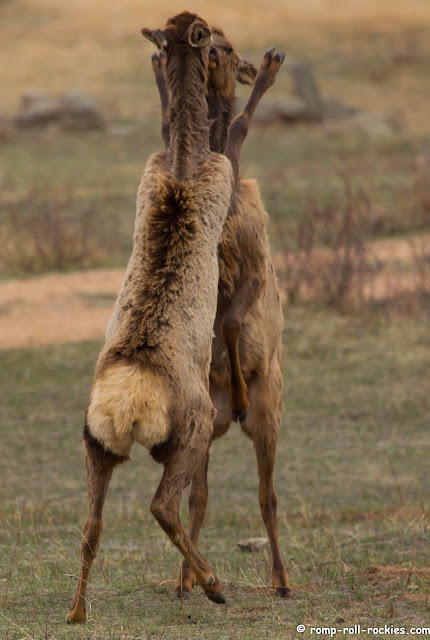 Then, as rapidly as their spat started, it ended. Both elk lowered themselves toward the ground. 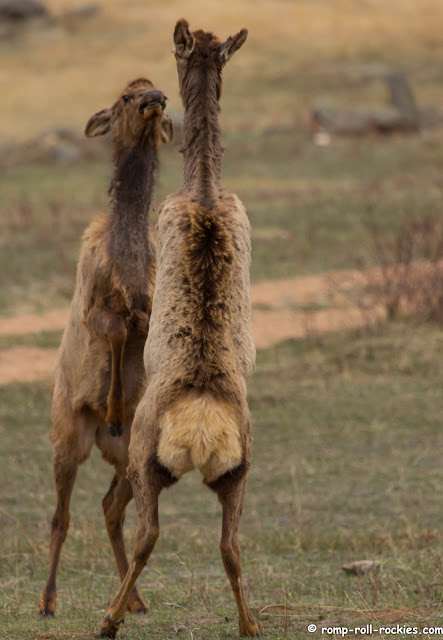 Then, one trotted away with the other following. Soon, the pair was mixed in with the rest of the herd so I couldn't tell whether they were still bothering each other. 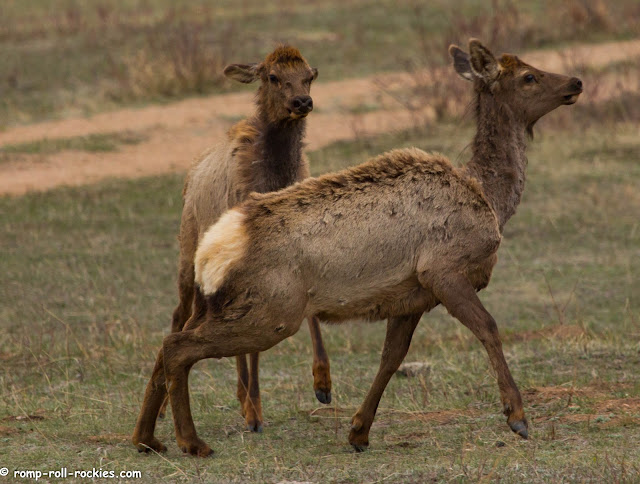 Another cow elk looked on serenely. She's looking good, with luxurious fur, for this time of year. 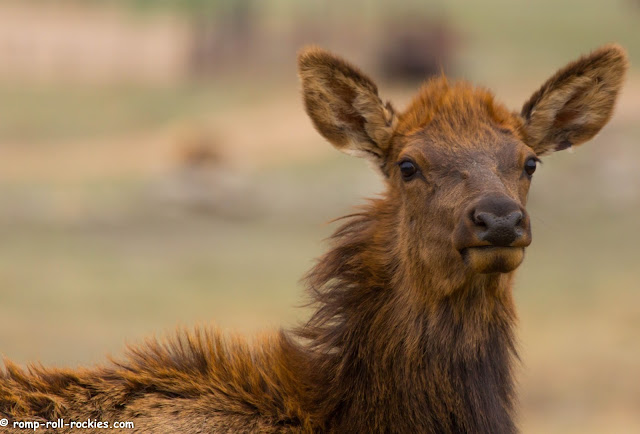 When we first moved here eons ago, an old timer told us that we'd get sick of the elk over the years. I thought that she was wrong, and she was! We love watching them in the evenings as the shadows grow long.

What an amazing place we get to live!

P.S. I may take some blogging break days in the near future. Don't worry if there's no post for a day or two here or there.
Posted by KB at 4:00 AM