This has been a good week. Shyla is slowly moving toward normal or perhaps a new normal, as my expectations shift. We've had tons of fun together, playing in our April snow!

I can't help but smile as I look at this happy photo of her doing a recall! 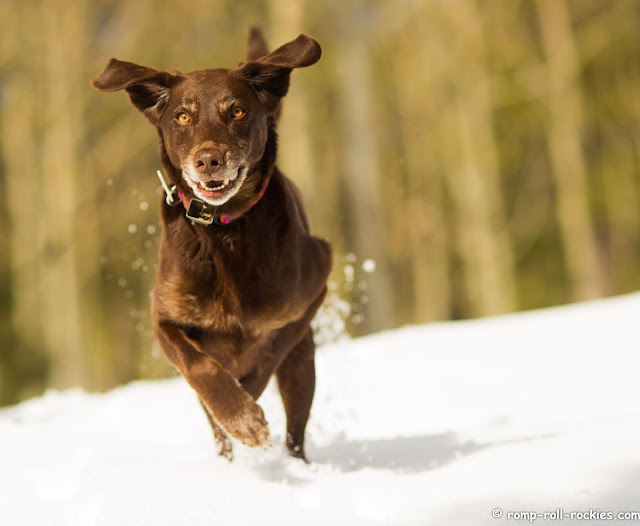 Throughout Shyla's epilepsy and medication odyssey, we've kept doing her nosework. When her brain was the most addled by phenobarbital (anti-seizure medicine), I made her nosework searches very easy. Now, she's ready for bigger challenges because her brain and motivation both seem very sharp.

One of the reasons why I love nosework is that it builds Shyla's confidence. I'm going to show you a video of a search in which she worked totally independently of me but never gave up on the tough puzzle of figuring out where the scent was.

Her independent competence is what helps her to feel more confident in the world. She doesn't always need me to help her! One of my instructors suggested letting Shyla do more of her nosework off-leash to help build her confidence. I think that it has worked wonders!

Nosework is a classic example of what you can do with positive training. We started nosework with very simple little games where I'd have the scent in one hand and treats in the other hand. She had to learn to put her nose on the scent and hold it there for me to give her any treats. From that simple foundation, we built up to the kind of search in the video where she was dealing with very complex air currents - and needed to interpret them to get to the source.

The video is titled "Pooling Odor" because that second scent source was in the sunshine, doubtlessly heating up. When a scent (or gas) heats up, it rises. In the case of this search, I think that the scent had mushroomed up into the tree canopy above it and then fallen down into the "stuff" under the trees, like our snow blower, sleds, and lawn chairs. So the scent was "pooling" away from where the source was, and Shyla figured out where the source was hidden despite that trick!

There's more going on inside that brain than most of us can imagine, especially when it comes to smells! 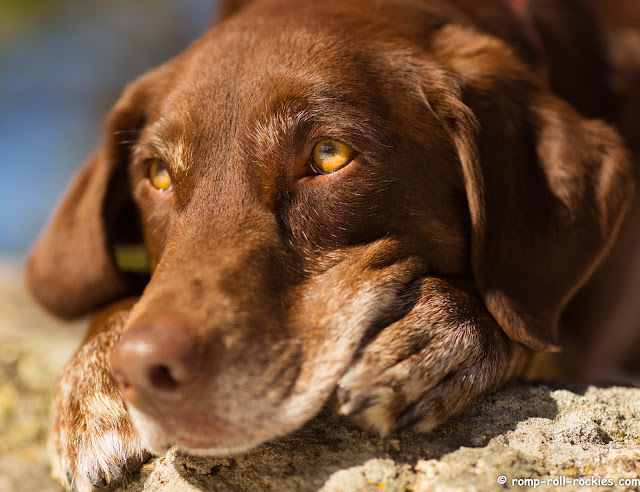