It's been another back-and-forth week. I sometimes think that this constant change is slowing Hachi's progress too much. I've been reading about dogs with his genetic make-up, and behaviorists tend to say that reactive dogs like Hachi want a set schedule in their lives. They want to be able to predict what will happen next and when it will happen. Hachi doesn't have that right now.

Then, when I see him at Lab Valley, I know that this phase is totally worth it. He is a different dog at Lab Valley - far more care-free than ever before. Also, getting lots of off-leash exercise helps him immensely. This week, we felt that his response to strangers was more muted than in the past. He still reacts - but his barking seems less intense - and he recovers quickly. The thing that seems to throw him into the most reactive mode is when people appear at times and places where he doesn't expect it. It's called "sudden environmental contrast" by behaviorists - and Hachi really does not like being surprised.

Shyla continues to be the best part of Hachi's life. She never gets upset with him, even when he badgers her relentlessly to play when she doesn't want to. In the next photo, she was as engrossed in playing as Hachi was. I love when I can capture a moment of eye contact during play. 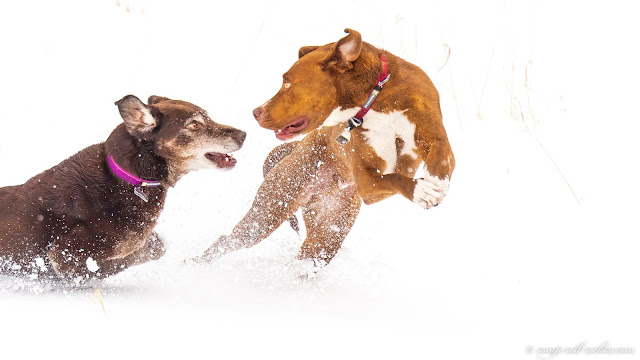 I've been frequently noticing the funny play faces that they make. Hachi didn't used to make faces like this but I think that he's learned from his sister. 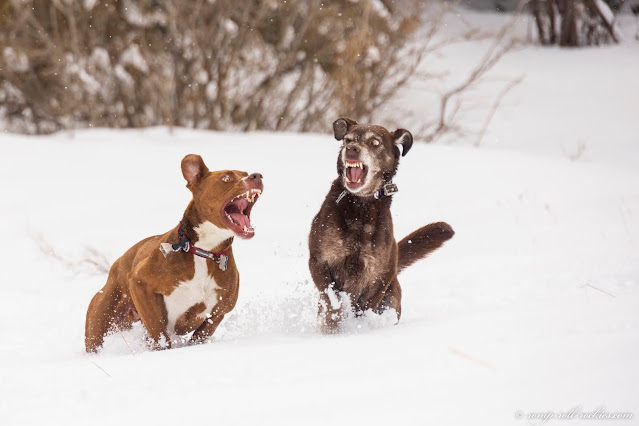 We love our Hachi. Even when progress is slow, working with him seems so worth it.