Thankful Thursday - For the beautiful and tough bluebirds

It is my favorite time of year, and I'm so thankful for the natural beauty around me. Some mornings start with beautiful sunrises over Lab Valley. 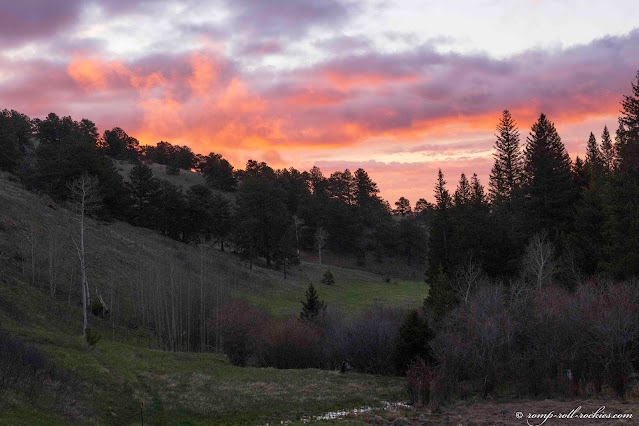 After breakfast, I head out for a mountain bike ride with Shyla. As I've mentioned, we put up a lot of bird houses in Lab Valley this winter. The birds seem to love them. In fact, this pair of Mountain Bluebirds have chosen one as their own. Others are occupied by wrens and swallows. 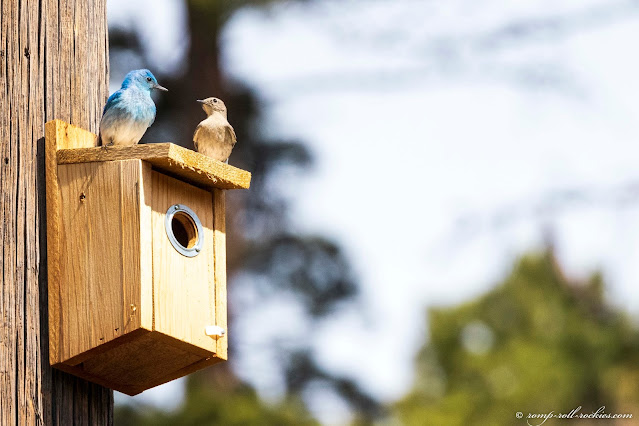 Usually, life at the Bluebirds' nest box is peaceful. The exception is when the tree swallows come around to search for nest holes. Then, Mr. Bluebird is on high alert watching for aerial assaults by the swallows. 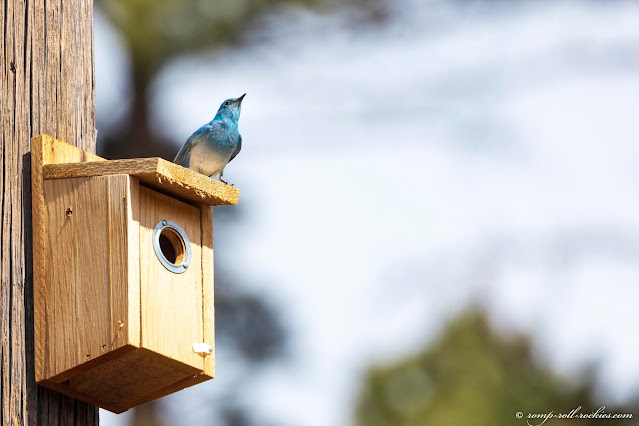 Soon, he flies into the air to defend the nest. 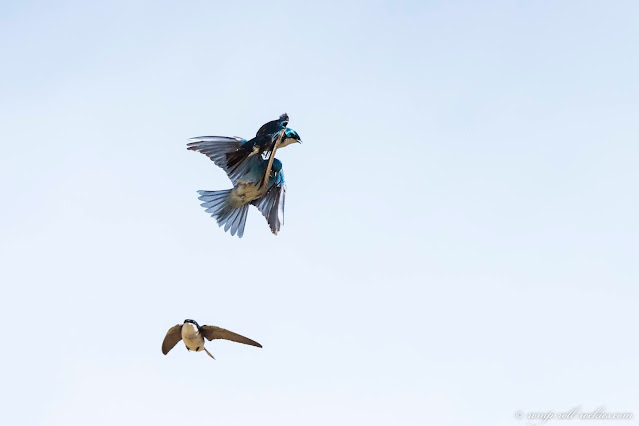 My camera shows me the mid-air combat that occurs. Mr. Bluebird is tough! 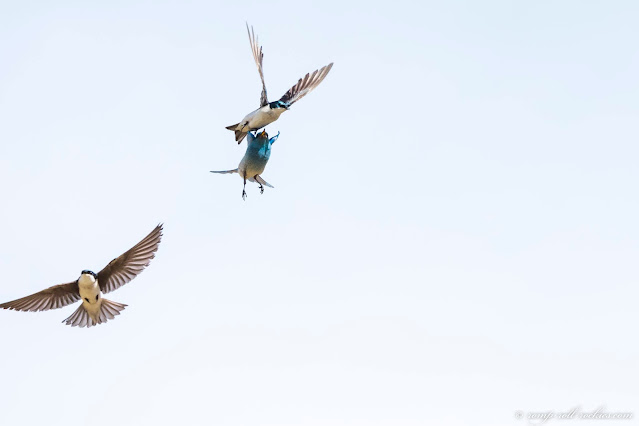 He returned victorious from that fight. 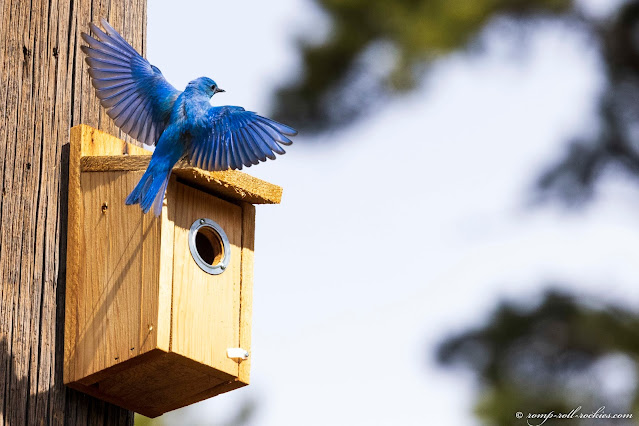 But he did not get to rest for long before fending off another invader. 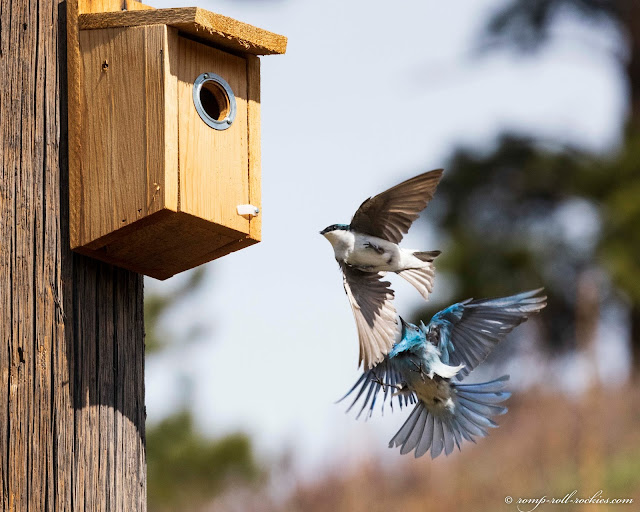 I was amazed how he held his own despite repeated attacks by the swallows. 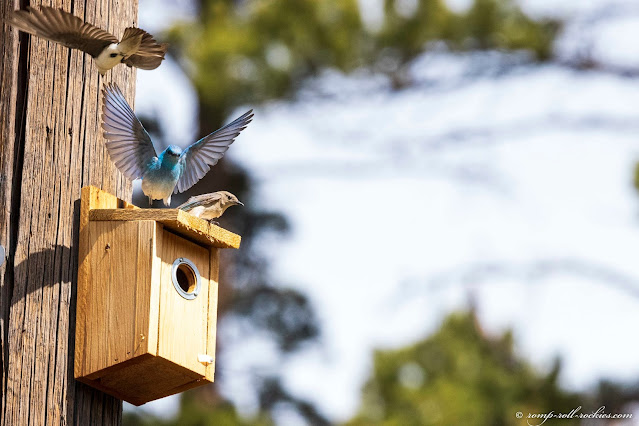 One time, he returned to the nest box so frazzled that he flattened his mate as he landed. 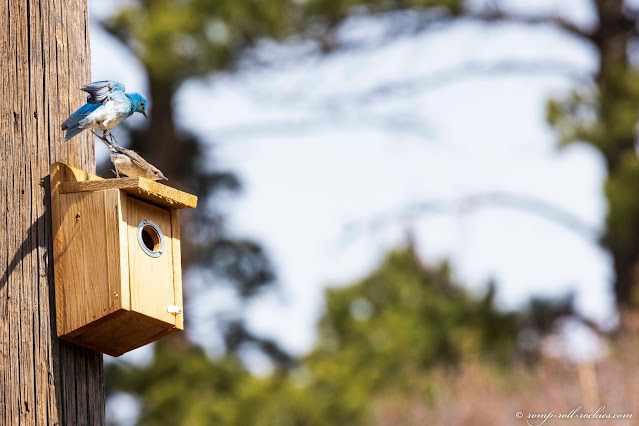 For now, the swallows have turned their focus to other nest boxes, and the bluebird couple has continued taking twigs and grass into the box to build their nest.

I am so thankful for springtime! I love watching the birds in the warm sunshine.