Hachi overall had a great week. He loved playing with his sister out in the meadows. One day, Shyla was reluctant to start playing so Hachi threw himself onto his back to entice her to play. We love seeing him be so socially savvy! 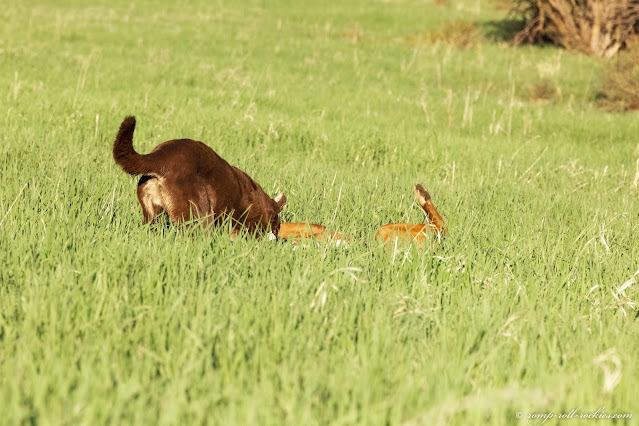 His strategy worked well. Soon, she'd be pursuing him. 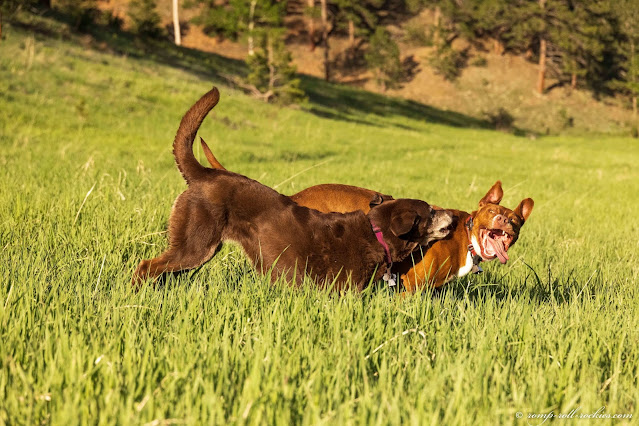 All of his formal training went great too. He relaxed, he learned to be more consistent at taking a breath on cue, and he handled having workers outside remarkably well. In fact, when the foundation was finished for the greenhouse, Hachi seemed to think that we'd built him his own personal basking pad! He declined to go for a walk because he preferred to sun bathe! 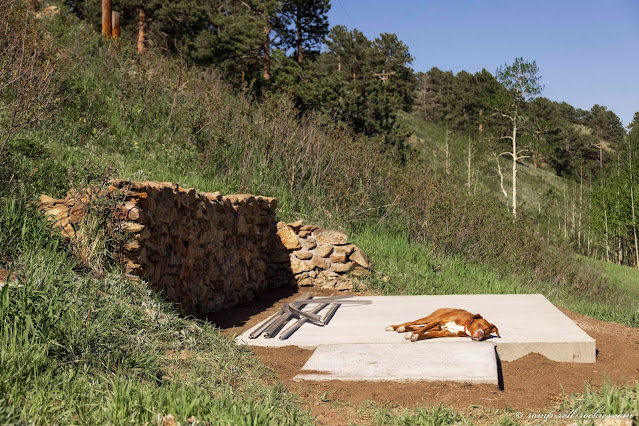 Late in the week, he did run into a little bit of stress that caused him to act out. We asked too much of him socially. On one day, he went to a friend's house and hung out on their deck. Then, on the next day, we had friends over for a picnic. After sitting close to them for a half hour, he went over threshold and snarled at Shyla as we got ready to walk back to the house. It was all noise and no damage but I hate when it happens.
I think that he's reached a phase where he can outwardly appear to be handling a situation well because he has no outbursts or other signs of distress. But then, all of a sudden his stress bursts out. I feel like we need to realize when he's stoically managing a situation and diffuse his stress before he bursts. But it is hard to identify the moment when that's needed. 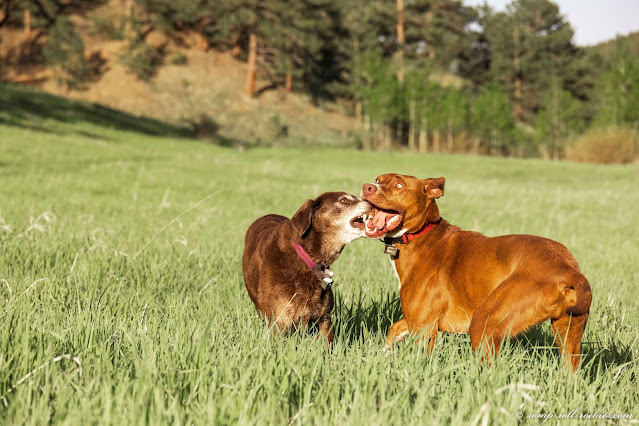 In general, when Hachi looks like this, he is happy and relaxed. 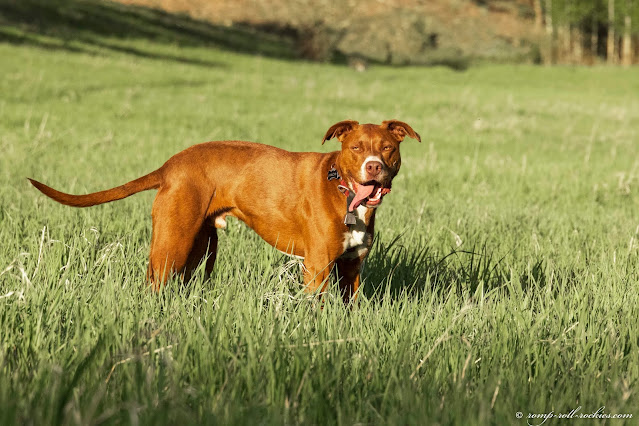 Overall, he had a great week. I like to analyze the small outbursts so that we can help him avoid them. But they were a very small part of the week.