We had a lunar eclipse last week that we woke up very early to see. Much of our world was under the cover of clouds but the moon found a clear spot of sky to shine. It didn't quite reach totality before it dropped below the horizon. 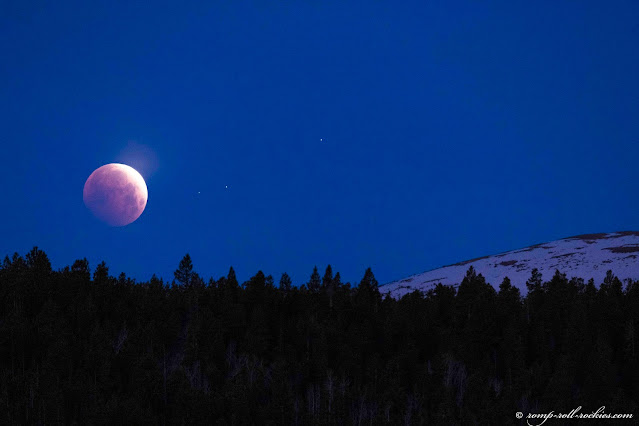 Soon after the moon set, the sky began to get light. A mountain bluebird appeared and began calling from a treetop. 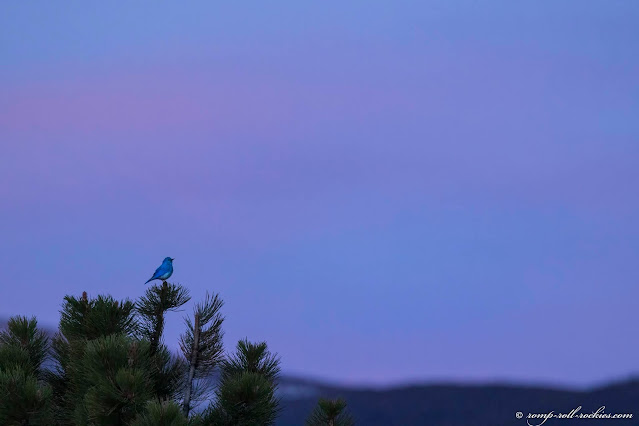 It was worth getting up so early to see the mountains with alpenglow. 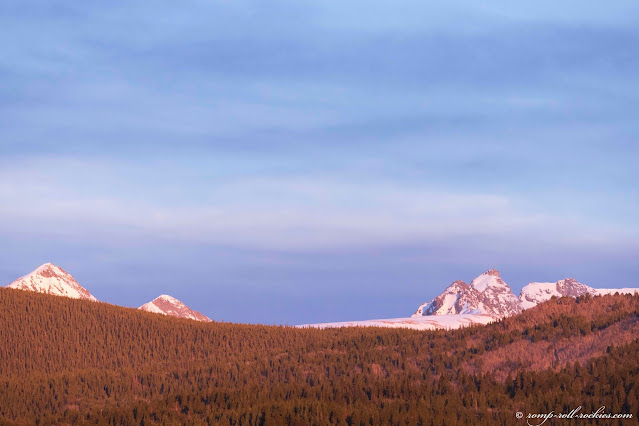 This post was not so wordless today but I needed to explain the photos!