A jump on spring and BEAR video

Yesterday, I had the chance to explore territory about 2500' lower than where I normally ride and hike. 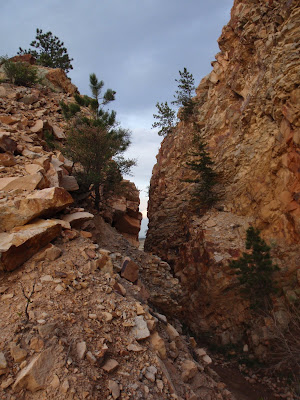 For every 1000' lower I go, spring is 10 days further along. Thus, yesterday's hike featured flowers that won't bloom until a few weeks from now up here. For example, showy chokecherry blossoms adorned the hillsides down in the lower terrain. After pollination, these blossoms become chokecherries, which the bears love to eat as they fatten up in late summer. 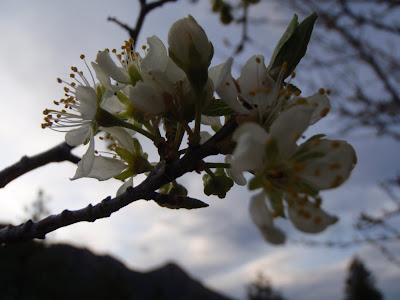 This morning, I was back at my normal elevation and searching for snow-free trails to ride. I had a glorious ride because, to my surprise, most of the 18" of snow that dropped in the past week had melted from some trails. 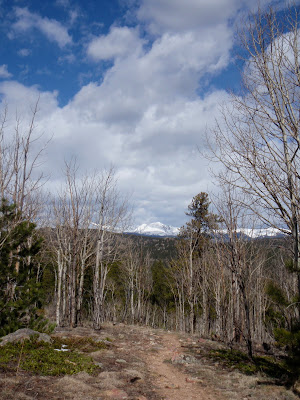 Beneath the snow, new wildflowers had sprouted, much to my surprise. The melted snow exposed a sand lily! 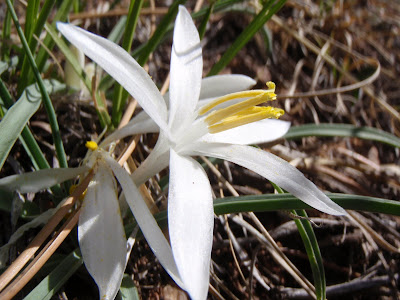 And, a red-colored finch, probably a Cassin's finch, chirped from an aspen tree. These finches only live in our mountains during the spring and summer. 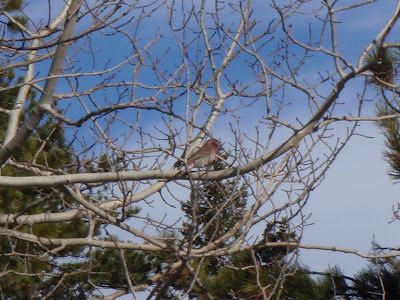 Alas, more stormy weather is on the way. This afternoon, K's ears flapped wildly in the wind as the storm front moved in from behind her during our hike. 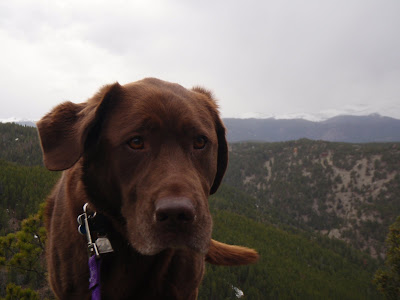 She and R found dry ground for romping. 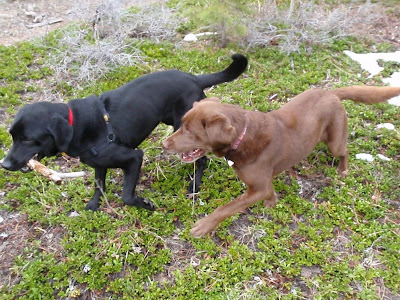 And, they found a snowcone stand! Snowcones are so refreshing after raucous romping. 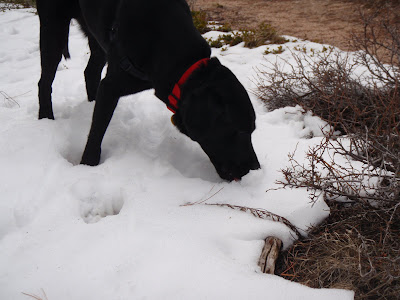 The dogs' body language informed me that the animal scents were intense. Look at the duo below! Just like yesterday, we did some training when the dogs were hyped about the scents. Roxanne asked about whether I think that this training actually helps when the animals see wildlife fleeing. I think that it does because I believe that dogs rely on scent like we rely on vision. So, sniffing the animal's scent is almost like being next to the animal for dogs. 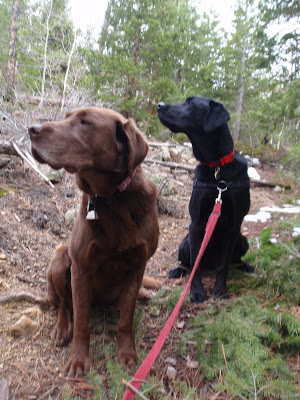 I know that bears are active down at lower elevations so I kept R on a leash to prevent a snout-to-snout meeting. Moreover, you can see the duo is sitting on a bunch of pine boughs recently stripped off a pine sapling. Bears wreak havoc on saplings so I wondered if an ursine had done this work.

Because I had bears on my mind today, I put together another video from outside the den occupied by a sow and her yearling cubs. It's amazing - on one afternoon in late March, the trio woke up, after barely stirring for months, and proceeded to play maniacally for hours. This is one nine minute segment (reduced to 3 min) that started a couple of hours after their play began. Enjoy!