I pedaled out into chilly air to start my mountain bike ride with K by my side. We silently glided through a shady pine forest and emerged into an endless verdant green aspen grove. Soon, the floor of this grove will be covered in Columbines. I stopped to search for a bloom but found only buds that were ready to burst. 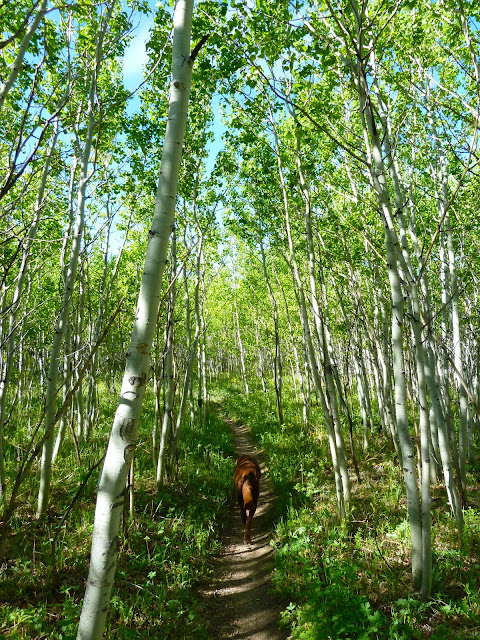 After winding through the aspens, we ended our ride by visiting my favorite spot with a view of the craggy and snowy high mountains. Today, those mountains looked angry with clouds hugging their contours. Above them, the sky beamed blue down on sweet K. 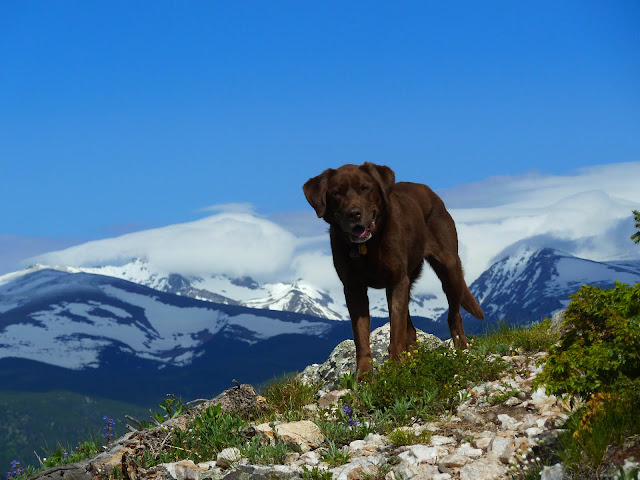 Later, after I'd left K at home, I pedaled to a secret spot where the first Columbine blooms every year. It's in the middle of an aspen grove next to the almost unrecognizable crumbled foundation of an old mining cabin. There was my jewel, a fully open Columbine. 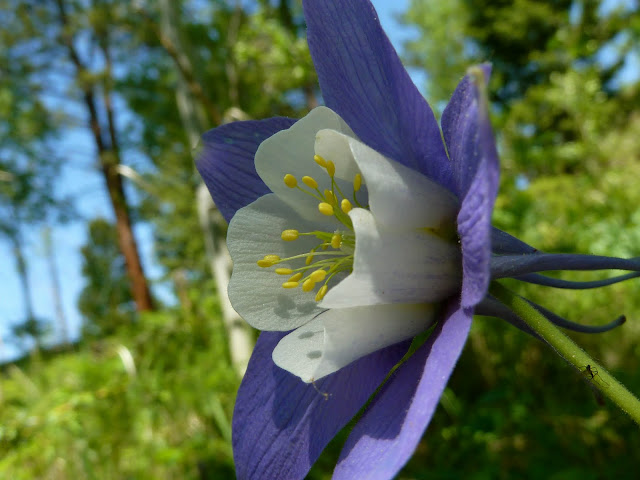 As I smelled it and reveled in its beauty, a flicker couple chirped back and forth. They have a nest hole in this aspen grove, and they're in the midst of incubating their eggs. As I soaked up this bucolic scene, I thought of our friend Hamlet, who crossed the Bridge today, after bringing his family so much love and happiness during his time on Earth. Life is so beautiful yet so finite.

Later in my ride, I checked a wildlife camera. The bear family had visited - yet another glimpse of the beauty and wonder of this finite life.

First, mama bear (a.k.a. "Mabel" in our family) and her obedient cub walked side-by-side past the camera. The independent cub lagged behind. 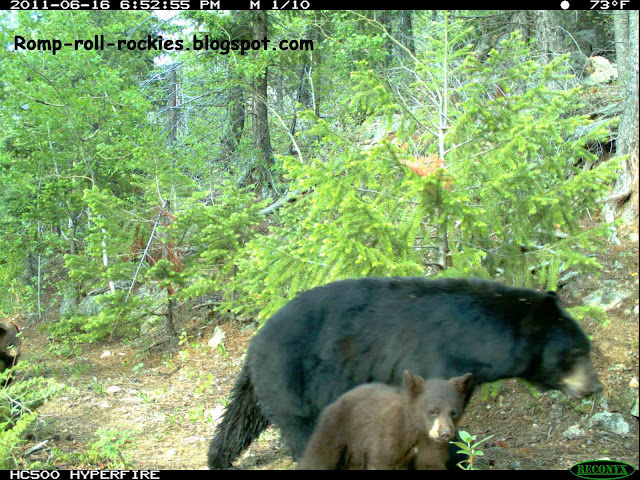 It turns out that the independent cub is also inquisitive. He noticed my camera and posed for it while he looked it over. 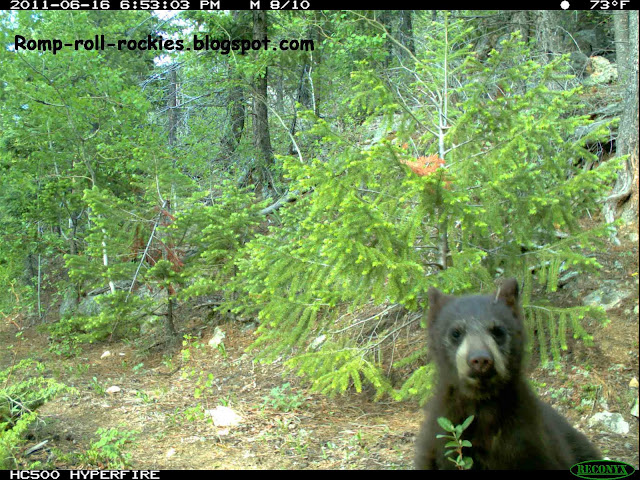 I'm sure that Mabel noticed my camera but my cameras have literally taken thousands of pictures of her (most of them were outside her den in early 2010). She must believe that cameras on trees with KB scent around them are normal!

I'm trying to come up with names for these cubs... It seems like their strikingly different personalities should be inspiration but I'm having trouble. Any ideas?

I've been surprised not to have captured any photos of this sow's last pair of cubs since their family breakup last spring. Perhaps both of those cubs were males and have left the area to find their own territories. They both had distinctive white patches on their chests (rare around here) so I think that I'd recognize them if I saw them.

The world goes round and round, and we are but specks in the larger universe. But, that universe is miraculous and beautiful. I think that it's worth soaking up every tiny bit of its beauty.
Posted by KB at 5:20 PM