The lushness of summer

I've been having breakfast with the Flycatcher couple every morning recently. They've just started incubating eggs on a nest tray under our deck, and the male keeps a close eye on me when I'm on the deck. 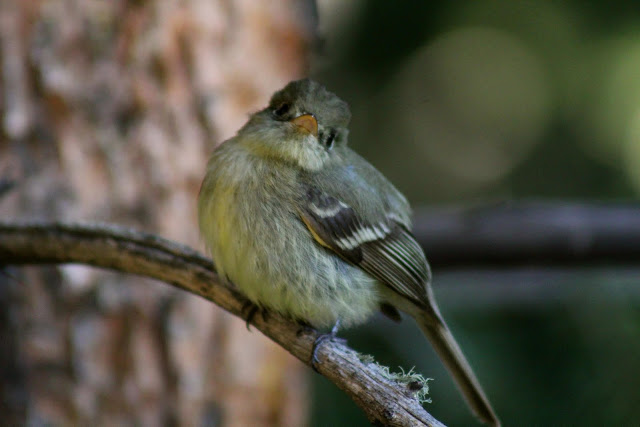 After breakfast, K and I headed out for a mountain bike ride. I was overjoyed to see a Columbine blooming in an aspen grove. I honestly didn't know if we'd visit this oasis in the aspen grove together again when she had the bone infection in her paw. We made it! 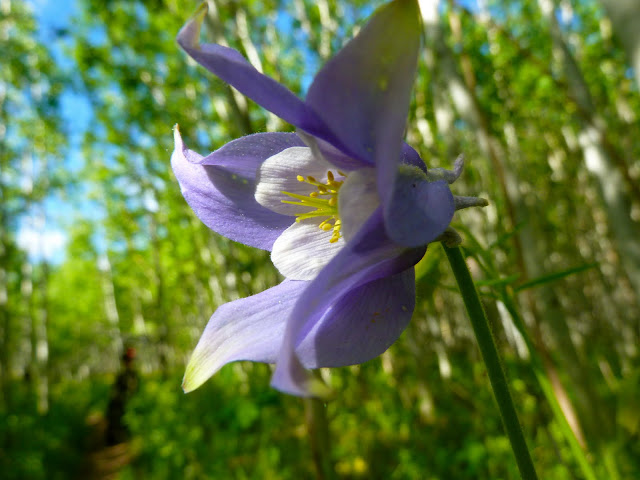 A little later, she stood triumphant among wildflowers on a lookout point. 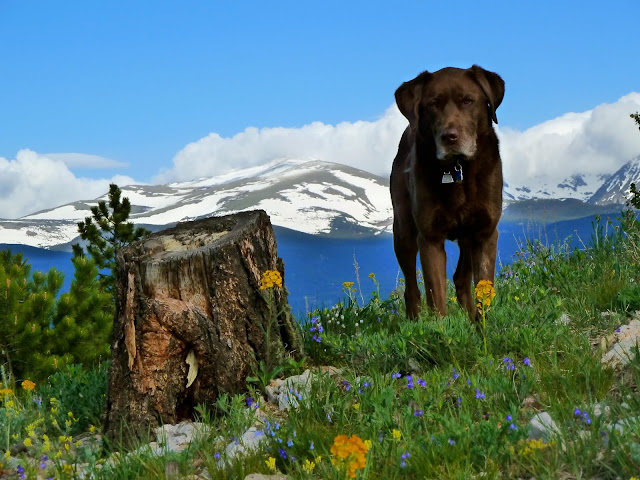 You can see the clouds building behind K. They grew during my solo ride, and the wind shifted uneasily around me, bringing cooler air from the Divide toward me. It felt like big storms were homing in on us. 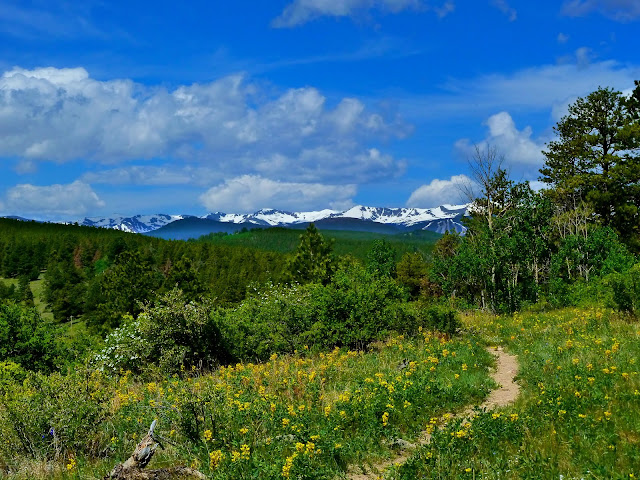 The storms grew quickly, and you can see the looming clouds behind the gorgeous flower ("Bistort", Bistorta bistortoides) that I saw near the end of my ride. 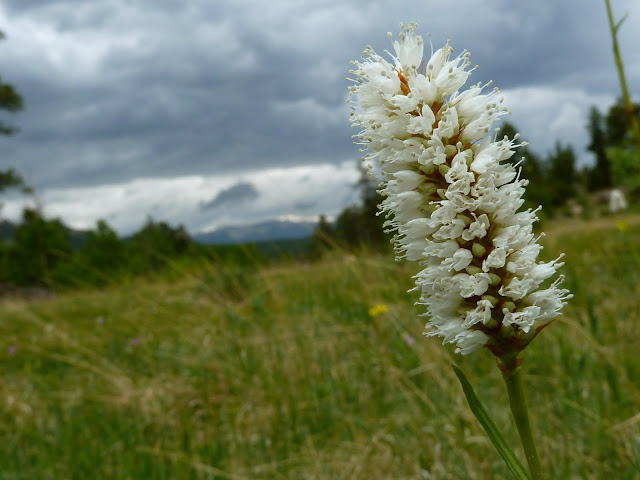 When I arrived home, I checked a memory card that I'd picked up from a wildlife camera. It showed that, on the last day that I checked the camera, a bear sauntered past it just 10 minutes after I departed! I wonder if he watched me while I fiddled with the camera!

I don't recognize this bear but I wished that he'd shown his chest so that I could check for a white blaze. The young bears who were in the den that I monitored two winters ago had white blazes on their chests. This bear looks small and young to me. 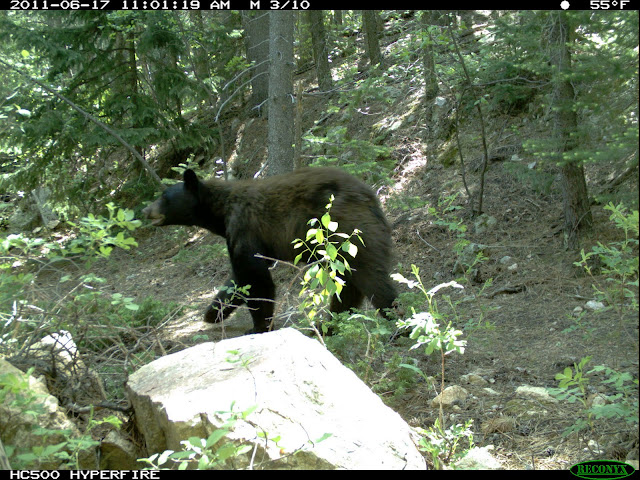 We finished our day with a hike through the meadow with stunning blue skies over the wildflower-studded meadow. 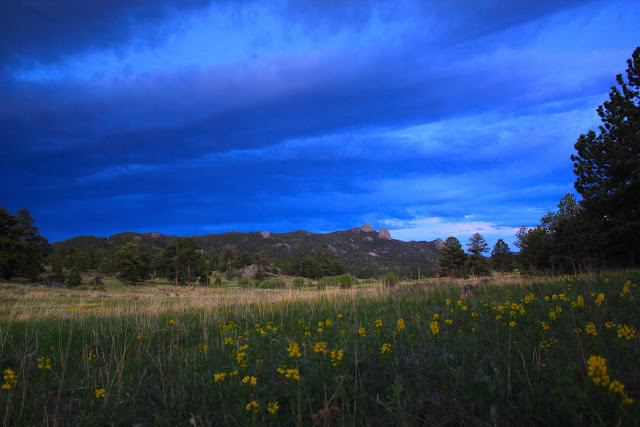 For those who are curious, the above photo is the real deal. I didn't fiddle with the blue sky in Photoshop. By using a "neutral density graduated filter" that has a dark half and clear half that I just purchased, I've finally been able to capture landscape photos that are exposed correctly for both the bright sky and the world below it. I wish that I'd learned about this filter a long time ago. It lets me show the lushness of summer with the endless sky above it.
Posted by KB at 5:50 PM