This one is for K

Last week, K seemed like she was finally bouncing back from the series of UTIs that have hounded her since April. She ran ahead of us, frolicking, on our rides and hikes. 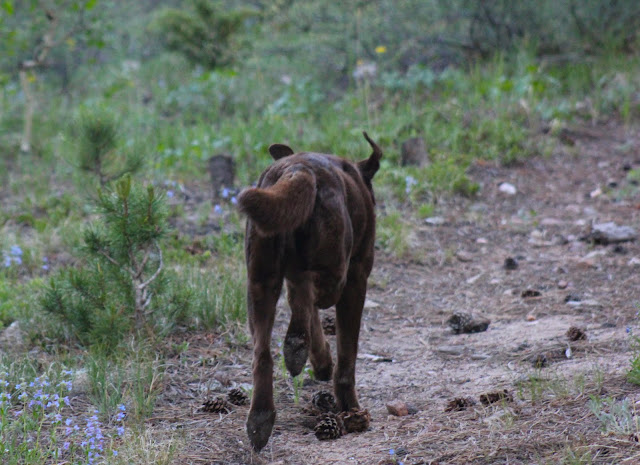 She never seemed to slow down. 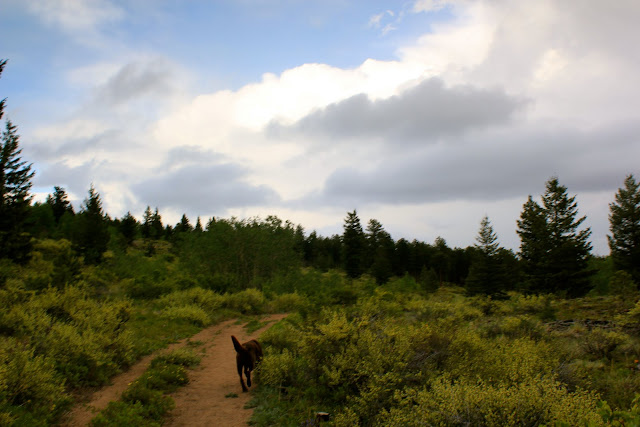 Until yesterday when things went south pretty fast. First, her fears escalated. Then, R started sniffing around her hind end a lot. It's indelicate to say so but R is always the first to diagnose a problem with K's urinary tract. If he starts sniffing, we know that K needs to go to the vet.

Unfortunately, yesterday's tests showed that K doesn't have a simple UTI. Rather, she has a kidney infection, with an inflamed and impaired kidney making her feel awful. She was so dehydrated that she landed in the Vet ER last night after I noticed her lethargy, tacky gums, and very slow capillary refill time. She's home now but only with fierce warnings from our vet to watch her very closely. Usually, vets automatically hospitalize dogs with kidney infections.

We have to give her subcutaneous fluids twice a day, give her antibiotics, and let her rest. We're hoping that this works and that we don't have to hospitalize her because she can be such a fearful dog. We're awaiting the results of a urine culture so that we can find the best antibiotic to kill the nasty bacteria.

She came home from the hospital wearing their trademark purple bandana. 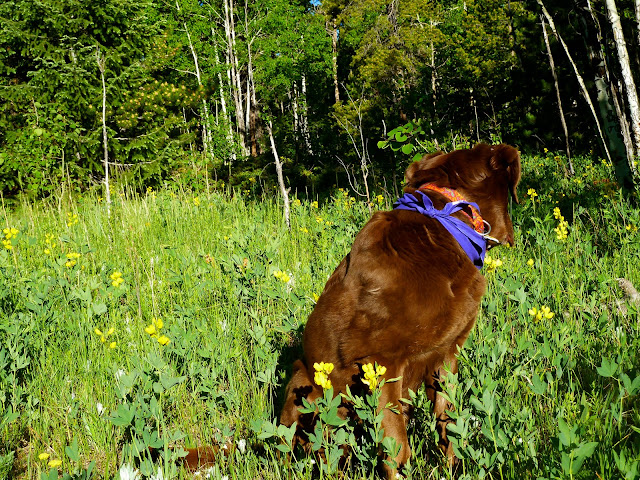 And, when I looked in her eyes, I saw the fight in her heart. She's going to be OK, I think. 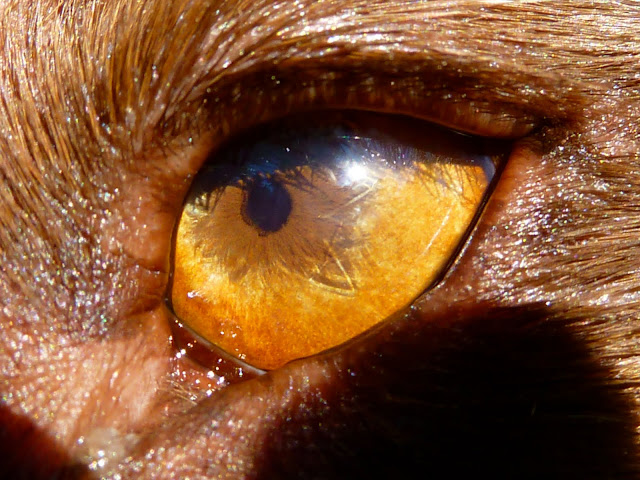 For each of my dogs over the years, I've come to associate one wildflower with them. For K, that flower is the Columbine because we so often center our summer mountain bike rides around seeing as many of these delicate gems as possible. I love the sight of K loping through an aspen grove with a floor of Columbines.

This one is for K. 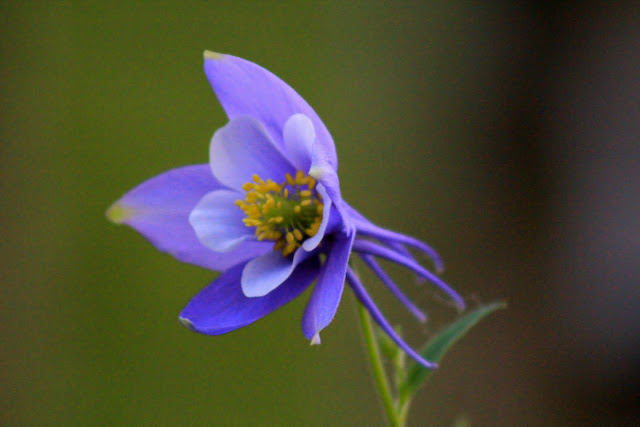