Every morning, I try to be out for sunrise with Shyla. My attitude is that, if we can have fun at the dawn of the new day, then it's already a good day, right from the start.

It's getting a little more challenging, as sunrise is zooming earlier and earlier. We're both a little sleepy some mornings. 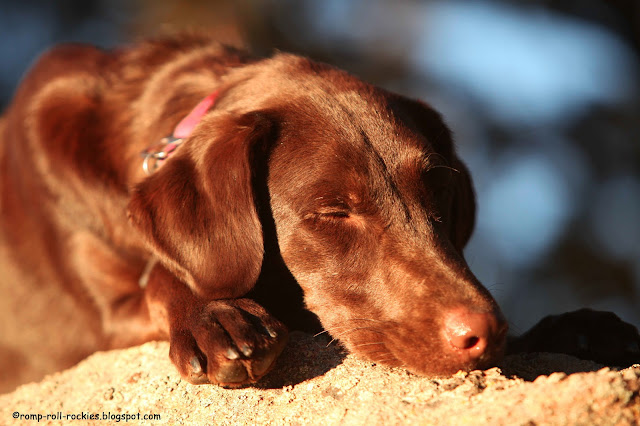 But, it doesn't take long to wake up and dream of the day ahead. 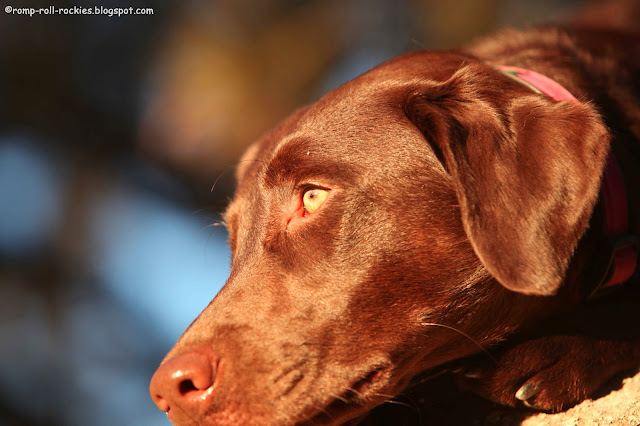 It's clear that the sun is very low in the sky when a shrub that is less than a few inches tall makes a shadow on your dog's face. 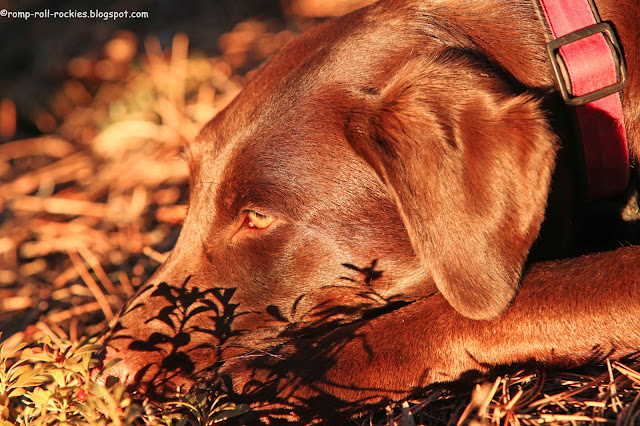 After we watch sunrise, we usually play some training games. You might remember that, just a little while ago, Shyla didn't know how to do a proper retrieve. I had to break it down into tiny steps, teaching her each one individually. Then, we put it together into real retrieve inside the house. Now, finally, we've taken the show on the road (or on the trails, you might say).

Shyla now adores retrieving. She needs no encouragement because she loves it so much. Her rope toy is her favorite retrieving toy. 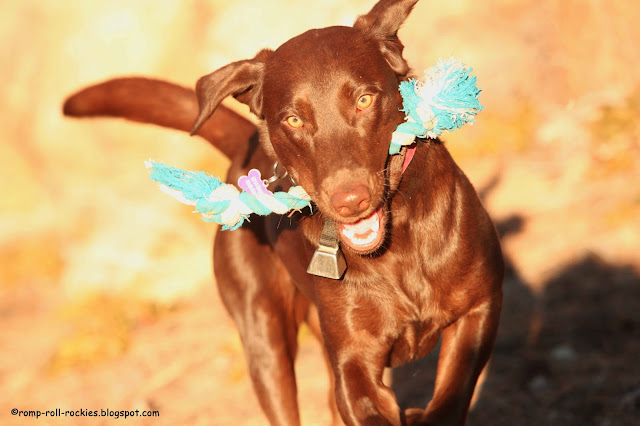 Shyla will hold it for as long as I ask before releasing it into my hand. 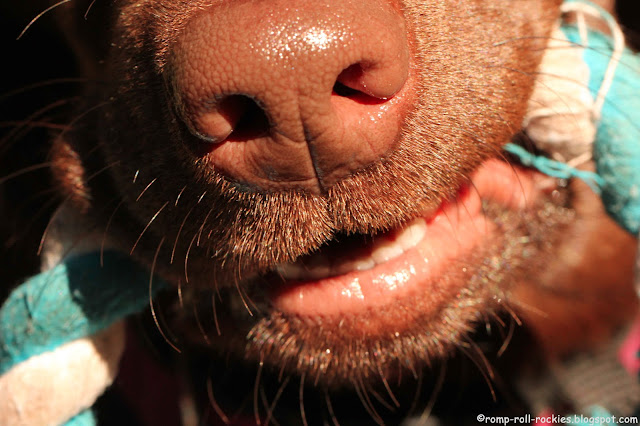 Funny, I've bought Shyla all sorts of toys but not this one. I found this one in the woods, frozen to the ground under a thin layer of snow. It's her favorite toy. 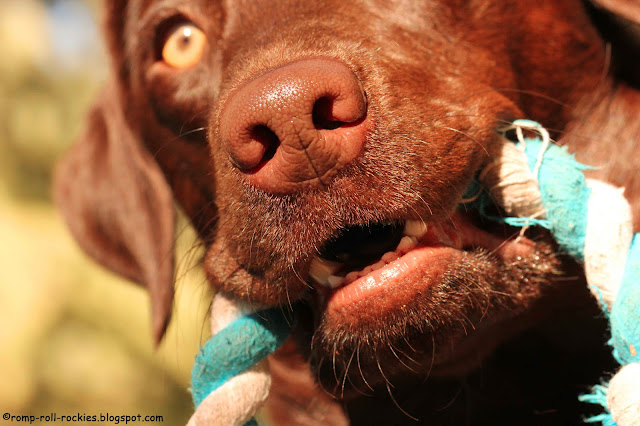 She adores this toy so much that I've started using it as her reward for a great recall. If she comes when called really fast and enthusiastically, I whip out her rope toy, and we play with it. To keep her very excited about it, I don't let her play with the rope toy except when we're training.

Last week, after my morning snowbike ride and training with Shyla, I had doctor appointments almost every day, to pinpoint what's wrong with my neck, arms, and hands. Believe me, those appointments are nowhere near as much fun as playing with Shyla in the morning. But, Shyla did go with me each day so that we could do some socialization while I was in town.

One day, on my way home from an appointment, it was snowing hard as I drove up our mountain road. When it's snowing hard, the plows often can't keep up with the accumulation, and driving on our incredibly steep road becomes treacherous. On that day, I came around a curve, and I saw a Honda Element crashed into the side of the road with all the doors standing open. A guy was outside the vehicle and his Golden Retriever was prancing around in the middle of the slippery road. I immediately visualized what would happen to his dog another car came down the road right at that moment.

I pulled over, and fortunately, the dog (Barkley) was very friendly and came to me enthusiastically. I hung onto his collar and walked him over toward his human, who appeared to be fine. Apparently, the crash had just occurred and all the vehicle doors had flung open on impact. Because Barkley wasn't restrained by a seatbelt or a crate, he hopped out of the open car after the crash. Fortunately, our road isn't busy. It would have been a disaster if the crash had been on a highway.

Although the human seemed basically okay, he was emotionally stunned by the crash and not thinking clearly. As we talked, green liquid was pouring out of his engine and making a stream down the road. I asked him for a leash, and he clipped it to Barkley and hung onto it. Then, there was a very close call. Barkley pulled hard toward the green liquid, which was antifreeze. He lunged with his pink tongue reaching toward it, hoping to lick the sweet smelling liquid. Time slowed as I screamed "NO", thinking that Barkley was about to be seriously poisoned. My scream caused the guy to pull Barkley back. I quickly explained that antifreeze is very poisonous (which the young driver didn't know). Whew, a very very close call for Barkley.

Everything, except for the badly damaged vehicle, turned out fine. After almost an hour of baby-sitting Barkley while the human worked out the logistics of getting his car towed, I headed home. Barkley and his human were alive and well. I'd call that a victory.

Shyla and I arrived home barely in time for an afternoon walk with R, feeling lucky that we were all safe and sound. 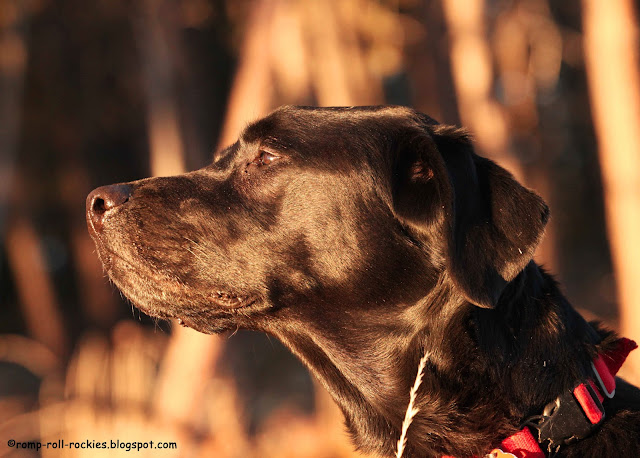