News from the Rockies

It's already been quite a week in terms of dog news. We haven't heard about R's test yet... but I do have another piece of news. Shyla was spayed yesterday. She had a laparoscopic spay, and it seems to be an absolutely amazing surgery compared to a traditional spay. She has two tiny incisions on her belly, one where they inserted a camera and one where they inserted surgical instruments. The incisions are so small that Shyla doesn't seem to have noticed them.

Shyla is already acting as if she has no pain whatsoever. The challenge will be to keep her relatively quiet until the end of the week while she heals internally and externally. She's allowed to return to her normal level of activity 5 days post-surgery.

This morning, Shyla was ready to take a short and slow walk with me to see the sunrise. We actually arrived at our view spot early, and we saw incredible alpenglow on the Continental Divide. 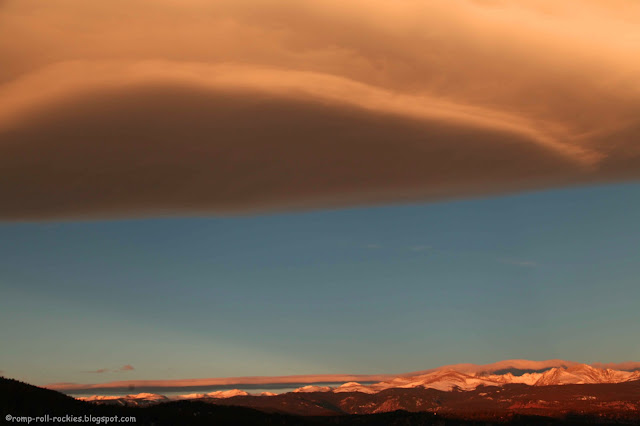 Then, we looked to the east just as the sun was cresting the hills. 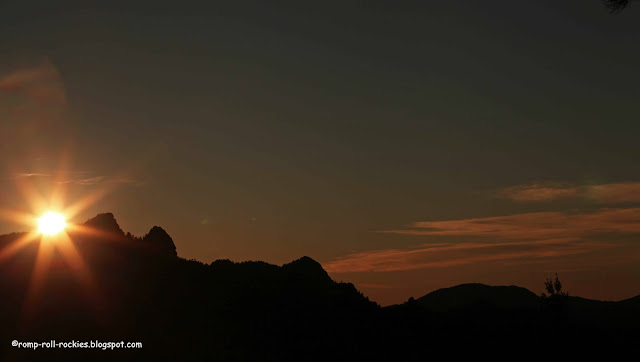 I was so happy to have Shyla watching the sunrise with me - I missed her yesterday. After seeing how rapidly she has felt good after this surgery, I think that all our future female dogs will have laparoscopic spays rather than traditional ones. I didn't want her to stretch her belly or to run so we did a sedentary training game. I had her hold a rope toy and then I asked her to wave to me at the same time. 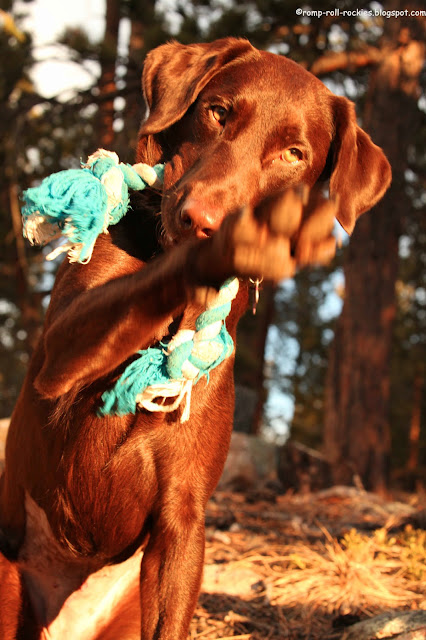 Pretty good - especially for a dog who was having surgery less than 24 hours before this photo!

I think that the hardest part of the procedure for Shyla was being at the vet clinic for the day without us. Each time I called to check on her, I was told that she was doing great physically but seemed scared. They said that she was scared of the people working there and of noises.

The good news was that, by the end of the day, she'd overcome her fear of "her" technician and was giving the tech kisses. Nonetheless, I'm glad it's over and that Shyla seems very happy now. After all the ups and downs of teaching her to navigate the "real world", I was quite worried that the psychological aspects of the surgery (being "alone" at the clinic for the day) would scar her. Based on her demeanor today, I think that she's going to be just fine. 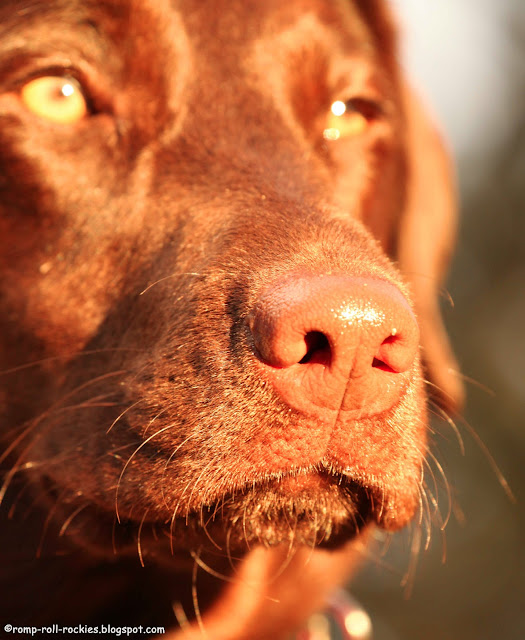 There is preliminary evidence that neutering at an older age than is usual in the US might help the body's joints to mature correctly and prevent cancers later in life. Initially, my goal was to wait until Shyla was 18 months old before spaying her. However, I received warnings from local vets about the wildlife dangers to a dog in heat. My nightmare vision was of a pack of coyotes howling outside our house 24 hours a day if Shyla were to go into heat. Apparently, that kind of thing does happen (although my nightmare was greatly exaggerated compared to reality). So, we decided to prevent that scenario from happening by spaying Shyla a little earlier than planned.

We know that we have coyotes all around us based on my wildlife camera photos. I capture photos of them near our house every single night, and that was a big part of why I worried so much. 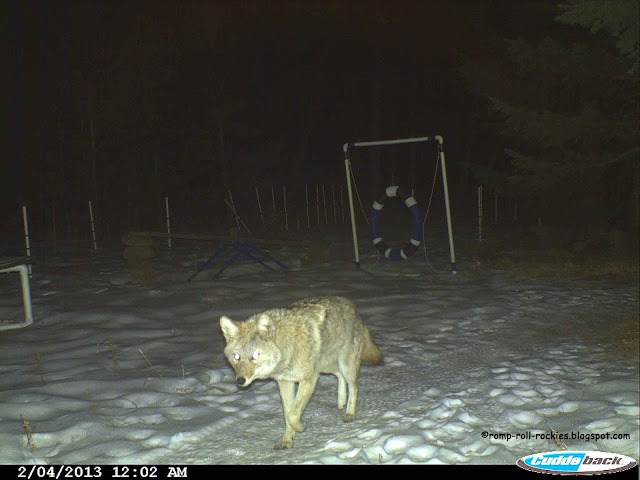 In any case, a big hurdle for Shyla is now behind us. She can recover this week and then get back to her normal very active life!
Posted by KB at 7:47 PM