We've reached the magic date. I bet you're wondering what I mean. The sun rose exactly between the two peaks that sit to our east today - February 1. I'm hoping to get a photo just one minute earlier tomorrow so that you can see the peaks and the sun! 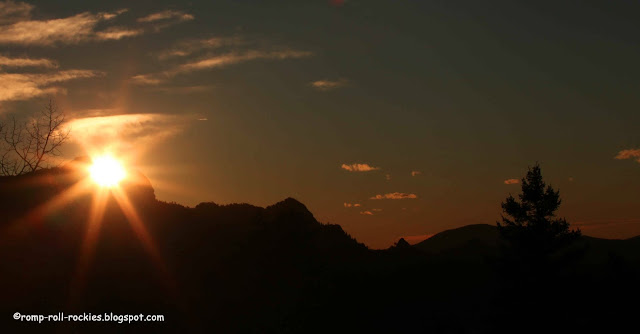 Of course, Shyla and I were out on the trails to see the sunrise. We play all sorts of games to start the day in the rosy glow of sunrise. In one of our games, she's decided that "taking a bow" should include resting your chin on the ground whenever possible. She adores these games! See her tail in the photo below - it wags continuously while she does her tricks. 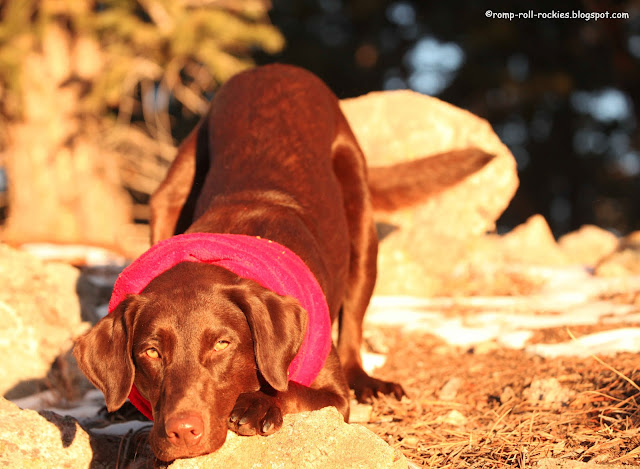 I decided to add a dash of red to today's photos by having Shyla wear my neck warmer. It's fleece and very warm. In the freezing wind, like we had today, she seemed to love it. 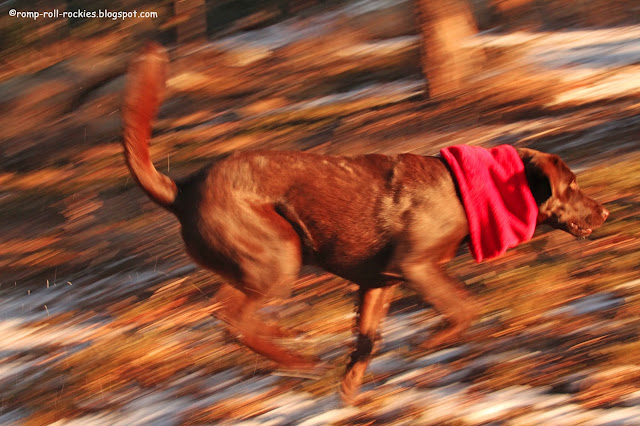 When we returned home, I started my vigil, waiting for R's test results as I worked on my computer. I'm told that the results of one test have arrived at my vet's office but not the results of the second test. For some reason, they are waiting for both results before discussing them with us. There's still a chance that we'll hear something tonight but it's getting less likely by the minute. 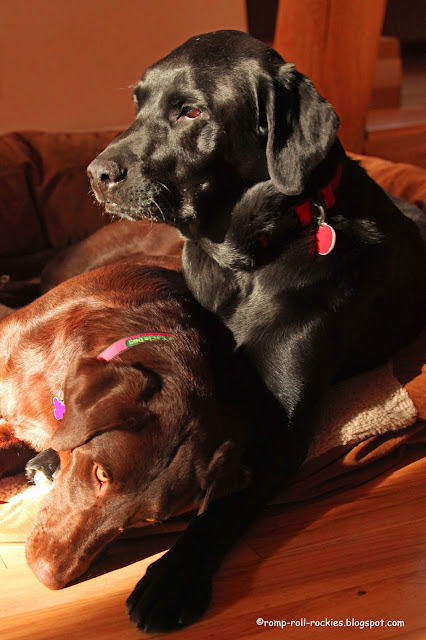 I mentioned yesterday that sometimes Shyla's playing seems too intense for R, and we wish that he'd tell her to calm down in dog language. We're basing our expectation that he'll lay down the law with Shyla on all the other pairs of dogs that we've had. For example, K was very good at telling her younger brother R to "chill out" with the most subtle curling of her lip. She was clearly the boss, and R followed her rules very carefully. He never made faces like this one at K! 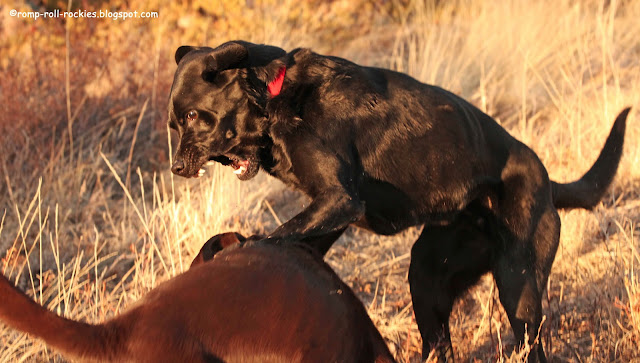 Until R clearly establishes himself as the "boss" with Shyla, we interrupt their playing when R seems overwhelmed, and I ask them to do some obedience during the interruption. It takes the edge off Shyla's intensity and gives R the break that he needs.

Hopefully, we'll have good news to report tomorrow - but there's also a chance that we won't know the test results until Monday.
Posted by KB at 6:19 PM