We're just a bit worried. You may remember that R repeatedly had abnormal blood tests starting in September. They seemed to indicate cancer - but an ultrasound and an echocardiogram did not uncover any tumors. We decided to take a wait-and-see approach, while we began feeding R a home-cooked diet designed by a veterinarian who specializes in nutrition.

After more than 2 months on the new diet, I took R to the vet to have his blood examined again. Unfortunately, it was worse than it has been in the past. The abnormalities are now suggestive of leukemia or lymphoma so his blood is presently at the Colorado State University Vet School where they're doing high tech tests to look for those two diseases. 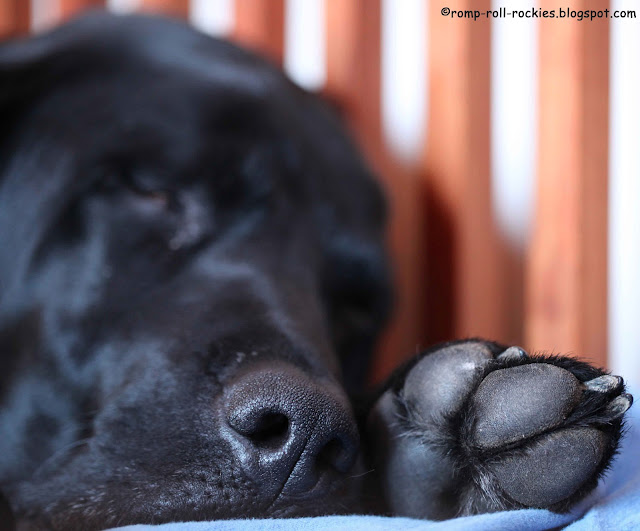 We are nervous about the outcome. R is far too young to have these diseases but it's not unheard of.

In general, R's energy and spirits have seemed pretty good. He likes playing with his sister, most of the time. 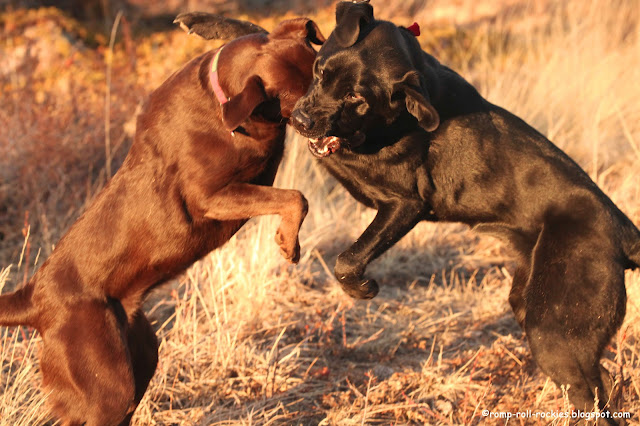 However, Shyla is sometimes a bit more wild than he prefers. He avoids her, by hovering behind us, when she's playing too rough. We'd like to see him tell her to "chill out" with a correction... but that's up to him. I'm not sure if he has the personality to give corrections - he may be too sweet and forgiving.

I've felt, for months, that something intangible wasn't quite right with R. Our vet suggested that it was the loss of K that provoked the change that I think I see. It's possible that she's right. 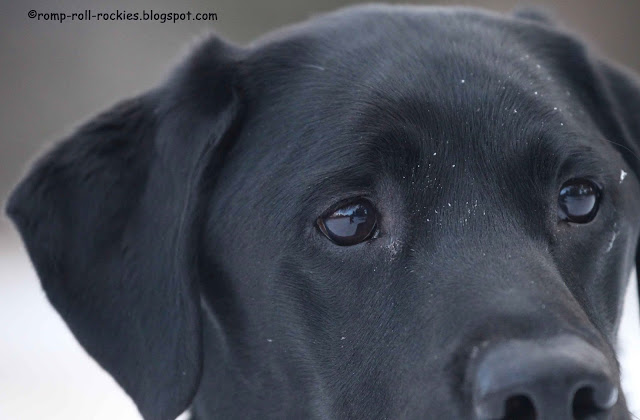 But, since he still runs with glee, plays with abandon, and rolls in the snow like a goofball most of the time, I find myself feeling doubtful that he could be very sick.

R adores rolling and rubbing his face in the crusty snow. Shyla hasn't taken up this hobby yet. 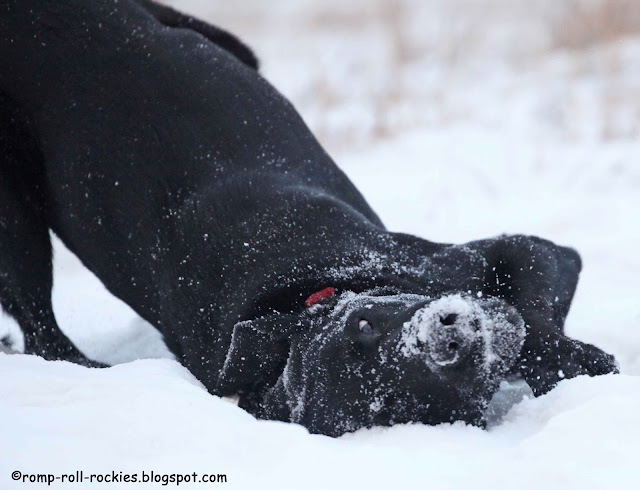 Here's what Shyla has to say about all this worry... 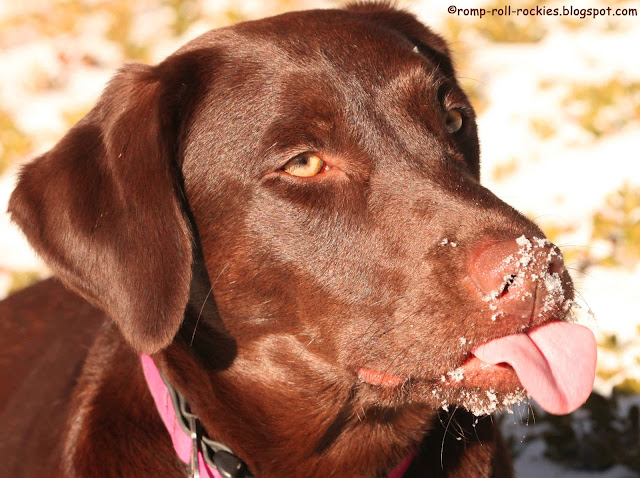