A storm on the horizon

Our K had a love of rose hips from when she was a tiny puppy. She'd stop in patches of wild rose bushes to munch on the rose hip berries all winter long. Alas, I keep thinking of her this year because there are almost no rose hips in her favorite patches due to our long-term drought - she would've been very disappointed. Here's one of the few rose hips that I found. 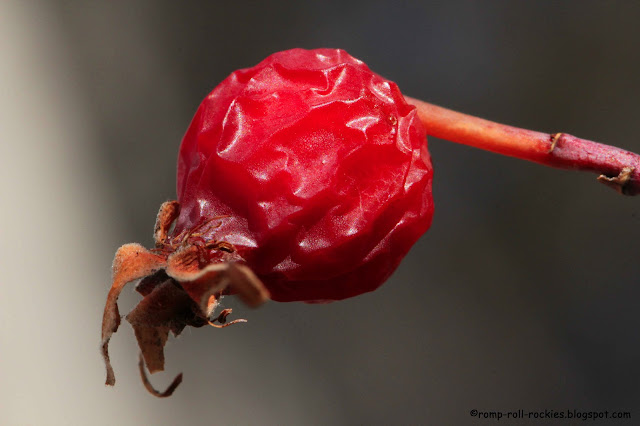 I remember when K started nibbling on these berries as a playful puppy, and I asked my vet if it was okay. Her reply was that the only danger was that K would scratch a cornea on the thorny stems. Despite our usual bad luck with vet issues, that never happened! Using a macro lens loaned to me by a generous friend, I captured a close look at the details of those thorns. It's amazing how every thorn is different, and how the stem looks like a intricate sculpture when I look at it in detail. 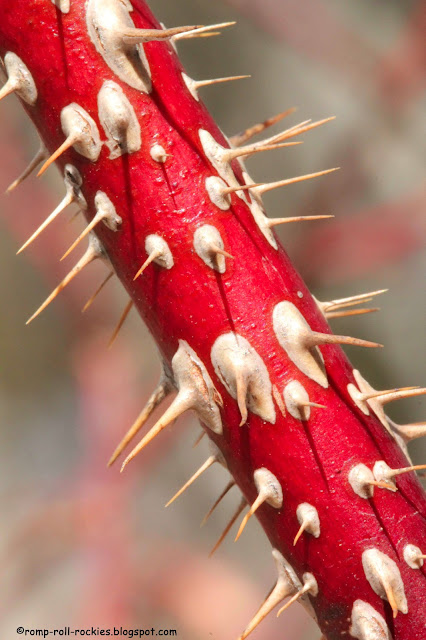 Whenever I'm going through a rough patch, I think of K a lot. With my neck, arm, and hand pain these days, she's been on my mind. But, I've managed to re-focus on who I have here with me now.

I recently took my first close-up photo of Shyla's eye, like I used to do with K's eyes. I adore Shyla's eyes... they're different from K's but glorious in their own way. Notice the shadows of her lashes on her golden eye in the photo below. 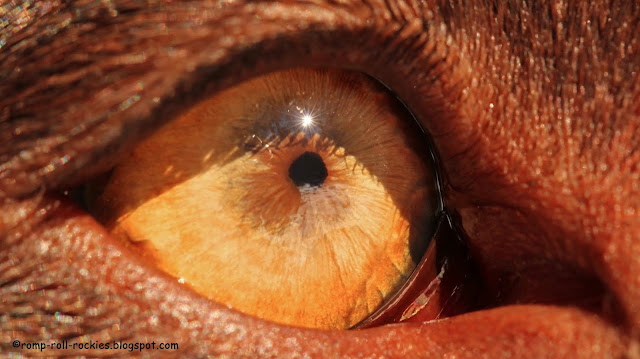 R's eyes are harder to photograph up close because they're so dark. But, I love seeing the reflections of our snowy world and of me in them. 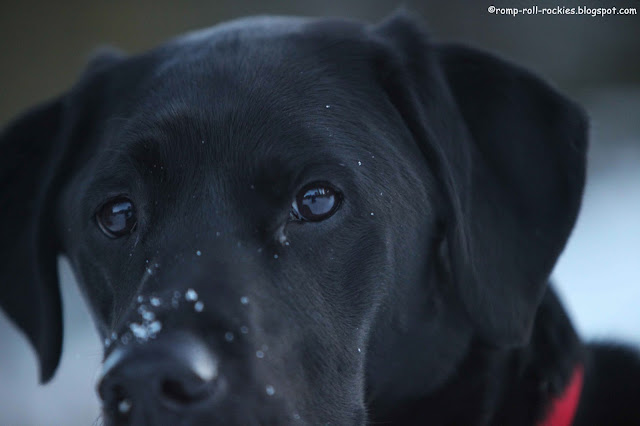 And, I love seeing the Duo together, with R so clearly the big brother, watching over his little sister, even though she's a pest sometimes. 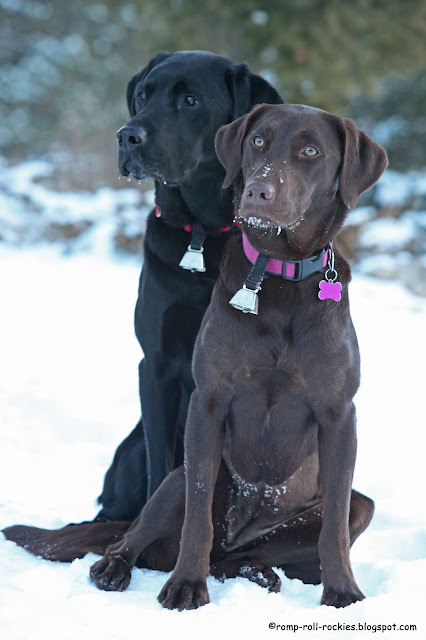 Apparently, we're about to get a big storm, with some much-needed snow - up to 20" - but I'll believe it when I see it after this year of storms just missing us. We desperately need to break our drought so I am rooting for a monster storm. Shyla sprinted through our oddly thin layer of snow this morning. 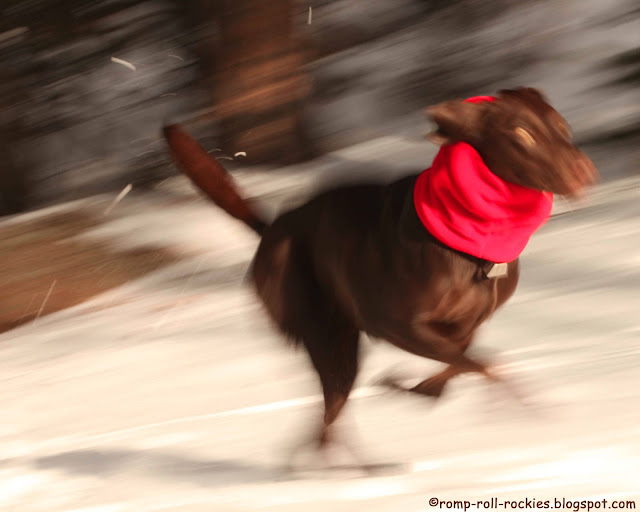 This morning, the clouds were already hovering on our horizon and creeping closer to us, boding well for snow. 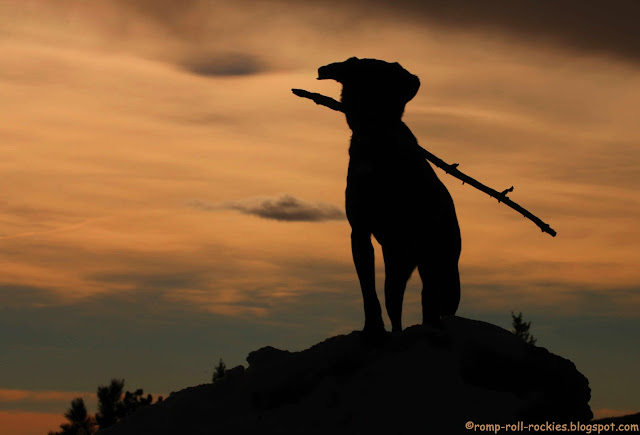 What a beautiful world!

P.S. A few new readers have asked about the origin of my spine problems. It's a hereditary condition that is causing my discs to degenerate at "break-neck" speed. I've had several vertebrae in my neck surgically fused and another few fused in my low back region. I usually can manage the pain through lifestyle adjustments but occasionally I go through phases like this one where the pain is almost intractable. This time, I have some carpal tunnel issues on top of the spine issues (hence, the wrist splints) so my nerves are being pinched in two places. Hopefully, if I'm patient, I'll recover without needing more surgery.
Posted by KB at 6:37 PM