A bear cub with big aspirations!

I want to share some bear footage with you. But first, it seems that the bears love to be out around sunset, and so do we! Whenever Shyla is panting and picks up an interesting scent (maybe a bear?), she sticks her tongue out while she sniffs. It's cute, don't you think? 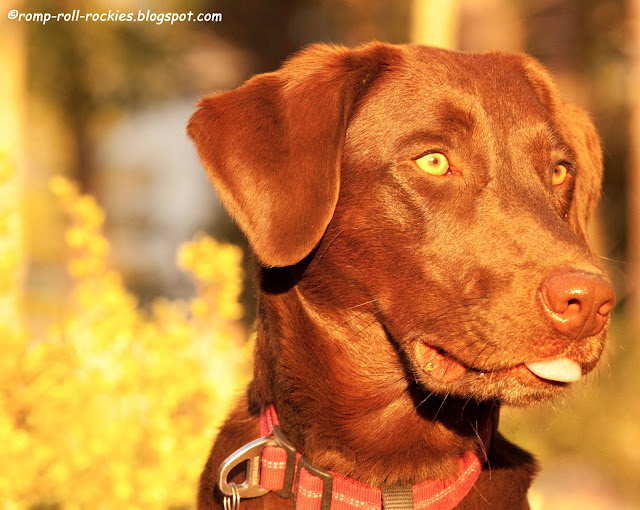 In the bear video, we have a very rambunctious male bear. He visited a tree on multiple occasions, and each time, he marked it at least 4 times. On one occasion, I believe that he had a mate with him, because a large animal blocked the camera for an instant just after the male had walked away.

Be sure to watch to the end. The mother, Mabel, and her single cub visited the same tree after the big male. The fact that the mother was on the mating trail concerns me slightly. It's possible that the hormonal effect of nursing by one cub has not been enough to make her unavailable for mating this year. If she meets a male bear and they mate, the consequences for the tiny cub could be very rough. Mabel could lose track of the cub since the male won't let the cub hang around...

But, for the moment, they're together! As you'll see, this tiny cub has huge aspirations! I've never seen this from a cub before. You can watch the video here or at Youtube.