While Shyla and I are out romping on the trails, it is so much fun knowing that there's a whole world of wildlife activity underway around us that we don't see. This morning, I was gazing at the woods a lot, wondering what all those animals are up to. 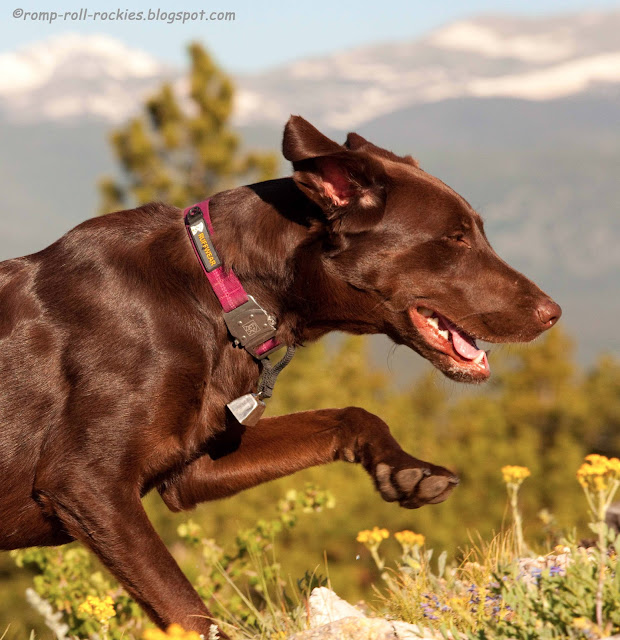 Part of the reason for my wondering was that, yesterday, I showed you photos of a mother bear and her two cubs. The sow was in our neck of the woods during mating season last year, trolling the bear marking trees to find mates. Based on the different appearances of her two cubs, I'm guessing that she did find multiple mates, and that each cub has a different father. Of course, it is conceivable that different colored cubs could be from the same father...

In the video below, you'll see that the mother bear has ear tags. That means that she got into trouble at some time, was trapped and marked, and then probably released a long distance from where she was trapped. However, my reading says that bears usually find their way back to their "home" area even when they are moved a long way. I'm curious about how she got into trouble because she's been in our neck of the woods, with her ear tags, for at least a couple of years. The fact that she's still alive tells me that she has stayed out of trouble since then. Bears get euthanized if they repeat their mistake even once.

You can watch the video of the sow and her cubs playing and wallowing in a spring here or at Youtube.
It was interesting that the cubs were so obsessed with the bear tree that they didn't play in the water with their mother.


I have more bear news, but I'll save most of the photos and videos for later. Our new male bear found a mate, and they traveled a long distance together, passing many bear trees (and my cameras) along the way. I'm happy to finally see an available sow or two in our neck of the woods. A breeding pair spends multiple days together, before separating to try to find more mates before the end of breeding season.

In the photo below, the male in the pair marked a tree. In fact, his tree marking seemed even more frantic than usual even though he had a mate in tow. That surprised me. I'll have a video of the pair traveling together soon. 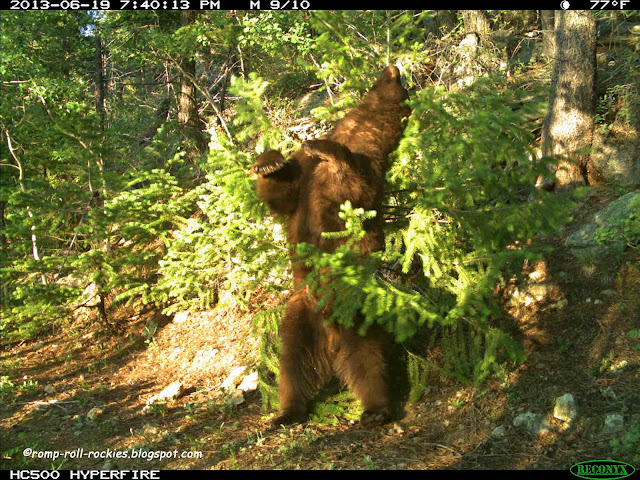 It's summertime, and the world is filled with beauty, including incredible bears and delicate flowers. 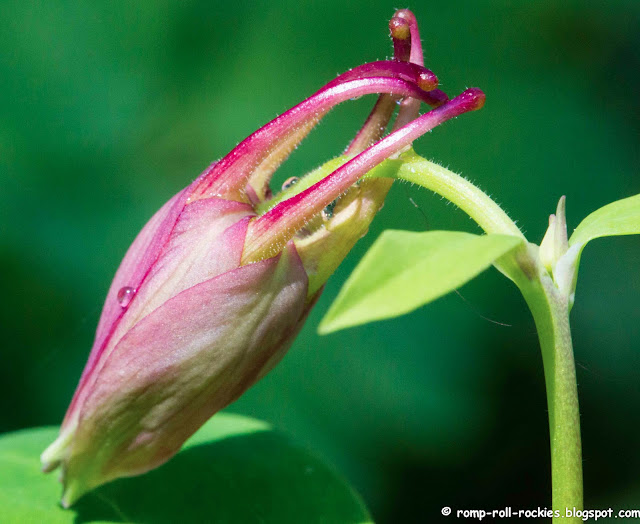 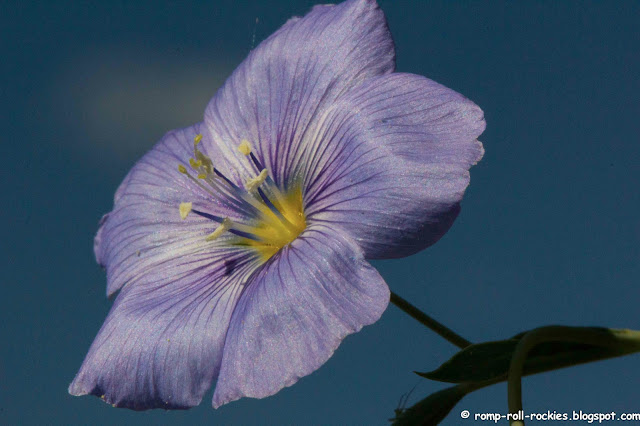