It is the season of juvenile animals in the forest. In the course of a few days, I found footage of baby bobcats and teenage mountain lions in the forest.

The bobcats were, by far, the youngest ones that I've ever seen. I suspect that their mother was moving them from one den to another. They definitely are too young to be out and about with her yet. In this photo, there are two kittens, one under her front legs and one under her hind legs. 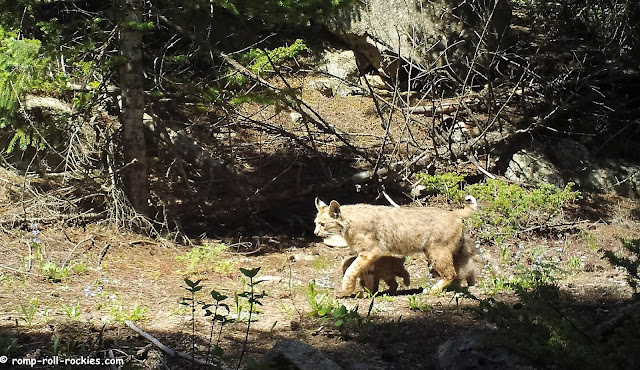 When I first saw the video of the bobcat kittens, I thought that they were puppies because they were so little.

They traveled only a short distance on the animal trail, and then they must have gone to a new den.

Around the same time, the two kittens from the mountain lion family we've been following were exploring together around mid-morning. When they arrived by my cam, one stopped in front of it. You can see the faded spots on his neck and shoulder. 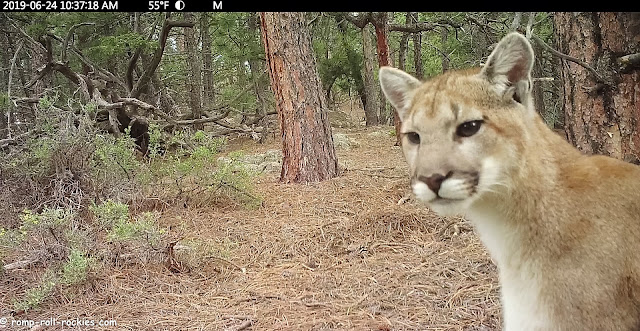 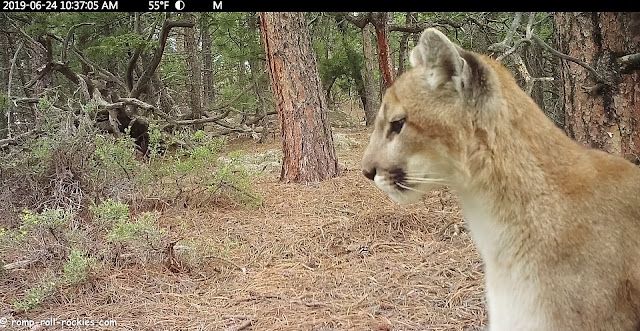 Then, his sibling arrived, and the two of them sniffed a lion marking area in front of the cam. I'd never noticed how lion kitten tails are banded, with stripes above the black tip. 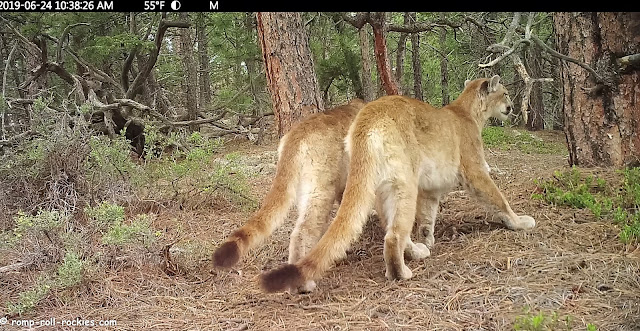 I have a short video of the bobcat and mountain lion kittens. Enjoy!


Thanks to the LLB Gang for Hosting Nature Friday and to Comedy Plus for hosting Feline Friday.
Posted by KB at 4:00 AM